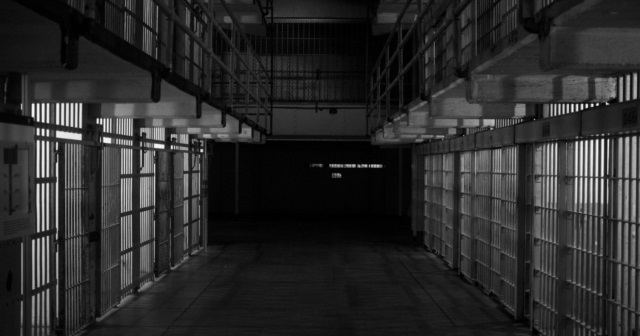 Editor's Note: This article was first published in The Hill on December 13, 2019.

The front end of Michigan’s criminal justice system is badly broken, and counties are paying a particularly heavy price. According to a letter to the Pew Charitable Trusts, signed in February by Gov. Gretchen Whitmer, legislative leadership and other local and law enforcement leaders, “The majority of spending in county budgets today goes to justice system costs.”

In April, Whitmer issued an executive order that created a joint task force on jails and pretrial incarceration. Among the panel’s objectives are “to expand jail alternatives for those who can be safely managed in the community” and to “safely reduce jail admissions, length of stay and associated costs.”

A major challenge policymakers have had is obtaining — let alone analyzing — data from all of Michigan’s county prosecutors and jails. The task force is receiving technical assistance from the Pew Charitable Trusts toward that end, and the findings are pointing toward some possible solutions.

Related to this, almost half of the inmates in Michigan county jails are awaiting trial. Task force members met one inmate in the Genesee County jail who had been held pre-trial for more than four years.

There will be a pitched debate over the role of cash bail. Some members of the task force have acknowledged that states that have eliminated cash bail have dramatically increased the number of defendants who are held without bail. In order to establish a presumption of pretrial release without cash bail for lower-level offenses, legislators may need to offer constitutional changes that allow more flexibility for holding defendants without bail.

Another important task force finding is that more than 60 percent of jail admissions are for misdemeanor offenses. By contrast, a national survey of jails in 2016 showed that only one-fourth of jail inmates nationally were held on misdemeanor charges.

Under current Michigan law, all 1,900 misdemeanor offenses are eligible for arrest. Some nonviolent misdemeanors, such as use of a controlled substance and failure to have valid vehicle insurance, are not even eligible for citation. Even for the most common misdemeanors for which citation is an option, most have citation rates 25 percent or lower.

More than half of the states have a statutory presumption of citation for certain offenses, and some task force members are interested in making most misdemeanors citation-only. Which misdemeanors would remain eligible for arrest is not known, however.

The third most frequent charge leading to a jail admission is driving without a valid license, with 5 percent of such admissions lasting longer than one month. It is not only moving violations that can cause a license to be suspended. All states suspend driver’s licenses over unpaid child support, and Michigan is among 43 states and the District of Columbia that suspends licenses for unpaid court debt. Look for a push to limit suspensions to only those offenses directly related to public safety and find alternatives to address other financial obligations.

Finally, the task source found that jails are often being used as substitutes for mental health centers. The National Alliance on Mental Illness estimates that 15 percent of men and 30 percent of women admitted to jails have serious mental health conditions. In Michigan, the Wayne State University Center for Behavioral Health and Justice found that 23 percent of jail inmates suffered from serious mental illness and that figure surged to 34 percent in rural counties.

Putting them behind bars doesn’t make them any better, and in many cases makes them worse. The cost is massive. The Wayne State study found that individuals with serious mental illness spent twice as many days in jail as those without.

Michigan needs to stop wasting tax dollars to jail people with diagnosed mental health impairments, and reallocate a portion of that savings to treatment and training for law enforcement. The Memphis model for crisis intervention teams has shown to be effective in redirecting people in mental health crises toward the care they need.

Some may ask why anyone would care about diverting those accused of nonviolent offenses and the mentally ill from Michigan's jails in the first place. The answer is public safety. Of course, those who pose a danger to the community should be kept off the streets. But spending tens of millions of dollars to lock up nonviolent defendants and the mentally ill is expensive. And continuing to do so deprives our law enforcement officers of resources for more effective public safety initiatives.

The policy changes under consideration are not isolated. The United States is seeing a wave of criminal justice reforms, ranging from sentencing to policies dealing with incarcerated women to automated expungement for nonviolent offenders. President Trump has taken notice and worked to enact the first significant sentencing reform law in a decade, known as the First Step Act.

Driving these changes is an awareness by Americans that we lock up too many people for too long at too high a cost. Voters understand that our criminal justice system can do more to make us all safer. And smart policymakers are taking note.