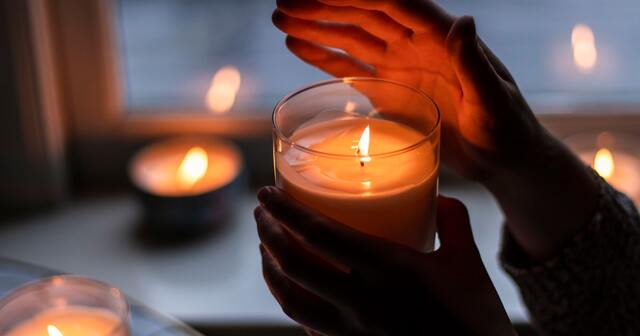 Editor's Note: This article first appeared in The Hill on February 20, 2021.

Rolling blackouts have hit millions of Texans and people across the Great Plains, including Missouri, Kansas and Oklahoma. Severe winter weather has placed a strain on electricity supplies and caused multiple deaths. That sad situation is completely unnecessary, but it likely will increase in the coming days.

Unfortunately, if President Biden gets his way, blackouts such as these may become a more common occurrence.

Throughout his political career, Biden has advocated for exactly the sort of policies that have Texas and the Great Plains states locked in their current energy crisis. For more than 30 years as a senator, during his time as vice president, during his presidential campaign, and in his early days as president, Biden has advocated policies that will leave our energy systems fragile and unreliable. As a result, our electricity system’s reliability increasingly risks resembling the developing world more than a global superpower.

The Obama-Biden administration used a slew of Environmental Protection Agency regulations to force coal plants off the grid. At the same time, they expanded federal subsidies for wind and solar. The growing cost of regulation was compounded by these financial favors for renewable energy, causing disruptions in electricity markets and slowly eroding the viability of more reliable nuclear and coal power plants in the United States.

That becomes a problem because these reliable “baseload” plants have always been like the pickup trucks of our electric grid — the consistent and powerful workhorses that always show up, functioning best at a steady rate, similar to how a car engine is most efficient at cruising speeds. Wind and solar, on the other hand, are erratic and unreliable, producing electricity only when the weather allows.

Sometimes they generate large quantities of electricity; other times they generate nothing and actually become a drag on the system. But when heavily subsidized wind and solar are running full bore, they can generate so much electricity that the prices for the power they produce can actually turn negative. Coal and nuclear plants are then forced to compete with companies that effectively can give their product away for free. In fact, negative wholesale power prices are actually becoming more frequent.

This may sound great at first but, in the long term, businesses that can’t sell their products for a profit don’t survive. Eventually, the coal and nuclear plants lose so much money, they are forced to close permanently. Some groups cheer this loss to the energy system, but for the average person, it means the reliable workhorses aren’t available when they may be needed most. Texas is an early example of this scenario playing out during brutal winter weather.

Which leads us back to Biden’s plan to spend $2 trillion building tens of thousands of wind turbines, installing millions of solar panels, and extending the massive subsidies given to renewable energy. His plan will exacerbate the impact of unreliable resources on electricity markets and make the nation’s electric grid even more fragile and vulnerable to rolling blackouts.

Biden has claimed that extreme weather events will become more common because of climate change. But as we have seen in Texas this week, California this past summer, and the Midwest during 2019’s polar vortex, wind and solar can’t be trusted to work during extreme weather. So a plan to spend $2 trillion on energy sources we know we can’t trust, just when we’ll need reliable energy most, is hard to understand.

Rolling power outages are never a good thing. But we have been lucky in most cases to still have reliable energy available during difficult times. If the Biden plan is implemented, more of these reliable generators soon will be decommissioned and gone.

If we want to avoid the dangers and hardships that come with blackouts, we should target Biden’s spending plans toward research and construction of nuclear plants, which can store months of fuel on site and emit no CO2 emissions. Doing this would be a far more workable solution for a strong and reliable energy future.