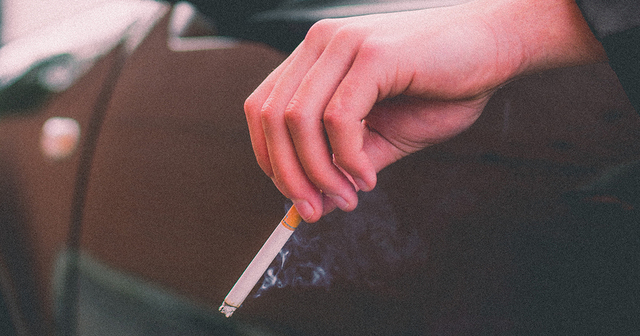 The negative and unintended consequences of excise taxes

Cigarette taxes are a popular way for governments to raise revenue and attempt to thwart the purported sin of smoking. The excise or “sin” taxes imposed on packs of cigarettes by different states create tax — and thus price — differentials between jurisdictions.

People looking to save or even make a buck sometimes exploit those differentials by shopping across a state border or by organizing large, illegal shipments of cigarettes from low-tax areas to higher taxed ones. This tax evasion and avoidance — what we lump together under the term “smuggling” — is rampant in many states. Lawmakers should consider this fact when looking to impose higher excise taxes on cigarettes, for there are often very negative and unintended consequences for doing so.

Each year, we update previous estimates of cigarette smuggling rates in most American states. Our most recent research is now complete through 2016. We find that from 2015 to 2016, none of the top five smuggling states for inbound traffic changed positions. Nevada, the biggest mover in our annual ranking, leapt 35 places to number six in the nation.

New York tops the list of smuggled smokes again in our state rankings. Nearly 56 percent of all cigarettes consumed in the Empire State are smuggled. It is not hard to see why. The state’s excise tax of $4.35 per pack is tied for the highest in the nation and New York City piles on an additional $1.50 tax. The high excise tax rates and short distance to low-tax Virginia (state tax: 30 cents a pack) make it a prime location for illicit traffickers.

In fact, last January New York City’s law department announced a joint lawsuit with the Bronx district attorney against North Carolina business owners who helped shuttle $500,000 per week in untaxed cigarettes and counterfeit tax stamps to New York state, presumably for resale. That is just one illicit operation. We estimate that New York State lost $1.5 billion in excise tax revenue to smuggling in 2016.

Just this last Friday, April 6, an alleged smuggler was arrested while moving 7,750 packs of cigarettes from Virginia into Pennsylvania. There is a good chance the smokes were bound for New York. One published story indicates that this is the third such bust in the Lehigh Valley area of Pennsylvania alone in the past month.

Rounding out the top five states for cigarette smuggling are Arizona (44 percent); Washington (43 percent); New Mexico (41 percent) and Minnesota (35 percent). Sixth-place Nevada’s 2016 smuggling rate is almost 28 percent of total consumption. We do not expect Nevada to retain its high ranking in the coming year. In 2017 its neighbor, California, hiked taxes by $2.00 per pack and that increase is not yet factored into our estimates. It is likely that the California tax hike will reduce tax smuggling into Nevada.

At the opposite end of our smuggling spectrum, there are source states. The state with the highest outbound cigarette smuggling is New Hampshire, at a whopping 86 percent. That is, for every 100 smokes consumed in the Live Free or Die State, another 86 are smuggled out. This is not a function of New Hampshire having a particularly low tax rate ($1.78 per pack), but of having one that is just relatively lower than that of its neighbors. Idaho (25 percent), Wyoming (22 percent), Delaware (21 percent) and West Virginia (20 percent) round out the top five.

Our study is not the only one of its kind. In 2016 we published a review of existing literature produced by university academics, think tank scholars, consultants and one trade association. More than 20 studies referenced smuggling rates in U.S. states individually, some local units of government and Canadian provinces. Most concluded that cigarette smuggling was a significant issue. One 2015 study by the National Research Council was titled, “Understanding the U.S. Illicit Tobacco Market: Characteristics, Policy Context, and Lessons from International Experiences.” It presented a national average ranging between 8.5 percent and 21 percent.

Our statistical model is designed to compare legal sales of cigarettes with each state’s smoking rates. The difference between what is legally bought and what is expected to be bought given the known smoking rates must be explained. We believe that the difference is represented by smuggling activity.

There are two major types of smuggling: “casual” and “commercial.” Casual smuggling involves individuals crossing a legal jurisdiction or perhaps shopping on the internet to save a buck. The cigarettes they purchase are most often for personal consumption. The commercial aspects are often organized operations involving large shipments across great distances. One shipment discovered in New Jersey and bound for California actually originated in China. A California man pleaded guilty in 2013 to that scheme. Stories such as this illustrate the lucrative nature of the illicit trade in cigarettes.

In addition to making total, as well as casual and commercial, estimates of smuggling, we can run “what if” scenarios based on proposals to raise or cut a state excise tax rate on cigarettes. Three recent tax hike discussions — in Oklahoma, Kansas and Montana — have given us the opportunity to do so.

In Oklahoma, state lawmakers recently hiked excise taxes on cigarettes by $1.00 per pack. Our statistical model estimates that smuggling there will leap from near zero — just 1.53 percent of total consumption — to 12.6 percent. An increase of 11 percentage points may not sound like much, but it represents an eightfold increase in cigarettes smuggled, from 3.8 million packs to 30.6 million packs. At $2.03 per pack, Oklahoma will be surrounded by states with a lower excise tax, including Missouri, which taxes cigarettes at 17 cents per pack.

Montana policymakers are — as of this writing — discussing a $2.00 per-pack increase in the state’s excise tax. Our model estimates that if the increase is adopted, smuggling would increase from an already high portion of 22.5 percent of total consumption to 46 percent. This rate would place the state second in the nation for smuggled smokes, behind New York.

Kansas lawmakers considered a 116-percent increase in the state cigarette excise tax that would have raised it to $2.79 per pack, up from $1.29. Our model estimates that, all other things equal, the smuggling rate would jump to 44 percent of total consumption. Such a leap would mean that 60 million packs of cigarettes would be consumed without excise taxes accruing to the state. Kansas is already surrounded by lower-taxed states.

Tax evasion and avoidance is not the only negative consequence of high excise taxes on cigarettes. We have also reported cases of theft — from retailers, wholesalers and from truckers. Police have been threatened with violence and have even been co-opted by the corrupting influence of easy smuggling dollars. One police officer in Maryland used his county cruiser to escort a shipment of smokes to their destination before he was caught. He was sentenced to prison in 2012.

Remarkably, all of these unintended consequences — and others we haven’t mentioned — have decades-old parallels in the era of alcohol Prohibition. Cigarettes are still legal today, but excise taxes on them are so high in many states that smokers suffer what we call “prohibition by price.” That is, the tax-induced price of cigarettes is so high they are effectively beyond the reach of consumers. With a strong preference for the habit, many smokers turn to the illicit market. Even when smokers continue to pay full freight, there remains a criminal element — like Al Capone’s Chicago gang — willing to take brazen risks for big profits. Many people today may not realize they’ve bought untaxed cigarettes smuggled in from some distant state or shore.

Some states are probably relying too heavily on high cigarette excise taxes for revenue and the purported health benefits. New York state appears to be a smuggler’s paradise. The same states that made the top five in the past are in the top five again, though other states appear to want a promotion into that rarified smuggling air and have gunned for higher excise taxes.

Any state looking to raise its cigarette excise taxes should be acutely aware of the myriad unintended consequences and the unreliable revenue stream these taxes provide. States such as New York, with prohibitively high cigarette excise taxes, would be better off considering lowering their excise taxes to stem the tide of illicit activity created by their outlier status.