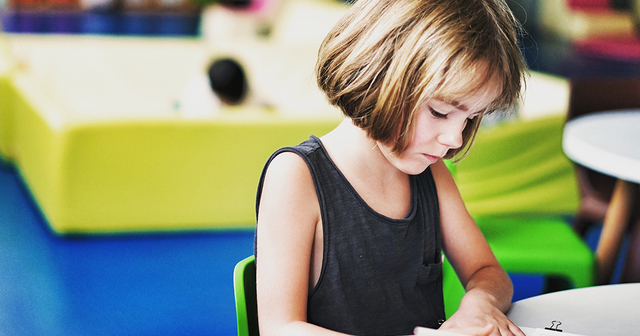 The evidence is clear that the academic achievement produced by Michigan public school students, on average, lags the nation. The publicity surrounding this fact heightens the temptation to start a hollow drumbeat of misguided and simplistic prescriptions.

Michigan was the only state to lose ground on the National Assessment of Educational Progress math and reading tests between 2003 and 2015, sinking the state to 43rd in overall achievement. (The 2017 results are due out soon.)

A series of reports have followed with different but overlapping agendas to change the fortunes of Michigan’s $20 billion K-12 education enterprise. More often than not, they handle the current system with kid gloves and simply argue for more spending as the solution.

Writers for Bridge Magazine have tapped into this vein. In so doing, they ignore significant evidence that casts great doubt on this approach. Prior Mackinac Center research showed the lack of a relationship between more spending by schools and better results for students. Meanwhile, the state’s per-pupil funding levels are at an all-time high.

The most recent group to enter the fray is Business Leaders for Michigan. BLM avoids blindly following the drumbeat, yet the final product leaves something to be desired.

The group’s report touches on meaningful areas with its recommendations: high expectations and academic standards, quality professional training for teachers and principals, team-oriented school cultures and incentives for great performance. There are examples of Michigan districts and charter organizations doing this already. The salient question is how does Michigan create the conditions for more local success, rather than how does the state dictate and fund more programs.

On several points, the report hints at ways to address underlying issues but falls short of making a complete case. For instance, BLM wisely questions the ongoing funding boosts to the state’s 56 intermediate school districts “with no clear understanding of how those costs impact classroom learning.” Yet no suggestion is made to improve the status quo related to the role and use of ISDs. The report only recommends that “there should be clear and transparent reporting of results” for governmental education agencies.

BLM also correctly observes that Michigan’s academic woes cannot be blamed on a failure to “spend enough on K-12 education.” The report says that a greater share of resources should be dedicated to core classroom functions and calls for further analysis to determine the return on investment from current K-12 spending.

BLM would have done well to apply that approach consistently. Elsewhere the report claims teacher training and instructional technology have been underfunded and need significant investments to turn things around. Yet Michigan Department of Education data shows that combined spending on these areas already has grown from $351 million in 2007 to $476 million a decade later.

To its credit, the BLM report rebuts the groundless assertion that charter schools are somehow responsible for the state’s academic shortcomings. After all, charters serve only one-tenth of Michigan’s total public school enrollment and tend to be clustered in low-income, urban centers.

But the report could have gone further than just observing that charters are not “fully responsible” for Michigan’s slide. It neglected to note that Michigan charter schools are getting better results while the state overall is languishing. A BLM chart broke out the subpar NAEP test performance of both conventional school and charter school students, but failed to mention that charters are much likelier to serve children in poverty. And in highlighting gains made over time, the report fails to show the progress charters made.

As Matt Ladner and Max Eden wrote last November in The Detroit News: “In 2015, Michigan’s charter students were about a full grade-level ahead of their 2009 counterparts in reading and math.” That is dramatic and noteworthy progress.

A newer Mackinac Center study showed that in 90 percent of cities, charter schools — which are generally funded less than conventional public schools — generate better results for each dollar they spend. BLM took the high road in refusing to disparage charters. But it left out any recommendations that would fund charter schools more fairly or otherwise expand access to these educational options.

Michigan leaders need to be reminded that charter schools, while having room to improve, are providing quality alternatives and more direct accountability to families. These cost-effective options remain a key part of the needed solution. That’s what a full assessment of the evidence would say.