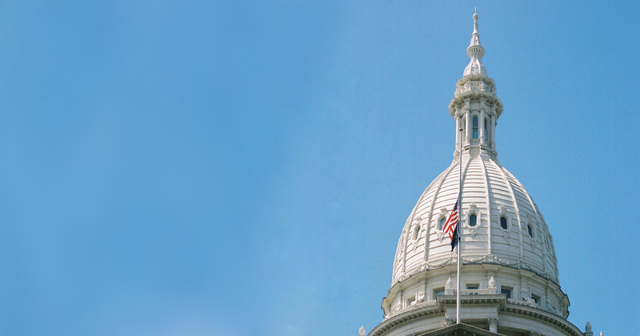 State legislators have a lot more money to play with this year as they negotiate the budget. If lawmakers cannot use this to improve the state’s long-term financial prospects or improve the quality of public services, they should use the excess to lessen the burdens government places on residents. Unfortunately, lawmakers are under constant pressure to spend more, and they often falsely assume that more money will result in better outcomes.

The Biden stimulus check hasn’t been budgeted. That will bring more than $5.7 billion in funding for the state government alone, with schools and local governments waiting on their own checks, too.

State tax revenues are up. Lawmakers are going to have at least $2 billion more to spend than last year, an 8.2% increase. They can also end the current fiscal year with $4.5 billion left in their accounts, partially because they budgeted fewer state tax dollars while revenue was stronger than expected.

The state budget has been protected from the harms that the pandemic — and the governor’s orders — inflicted on the rest of the state. The bigger question is what lawmakers are going to do with all the extra money.

There is going to be more school funding, as usual. That’s in addition to the money sent — with major disparities between districts — to schools from the federal government. Whether schools are going to turn the extra investment into better educational outcomes is a different story. They tend not to.

The governor has recommended increasing pay for direct care workers. People are paid by Medicaid to take care of family members who need help, and companies also work to provide these services as well. Rates are set in law, and increasing wage rates can make this a more attractive option for caregivers. While wage hikes increase expenses, there is nothing about them that ensures beneficiaries get better service.

The governor recommended and the Senate voted to increase payments for children to attend preschool. This again increases public expenses without clear commensurate benefits to the public. Maybe it becomes more lucrative to run preschools now, and increased competition will provide better services. But it’s not a given that spending more money here will make the schools better, though it will make the program more expensive.

There is a budget item where the more money gets put in, the more outputs result. Spending more on roads means more road construction, and after a decade of increased investment, lawmakers are close to the point where roads are put back together faster than they fall apart. Roads are infrastructure owned by state and local governments, with the bulk of the financing provided by the state. Lawmakers are responsible to ensure they remain in good working order, and more annual funding can push the state over the edge to continuing improvement in road conditions.

Lacking other clear ways to improve government services, however, lawmakers should use extra cash to set the state in a better financial position. They accidentally made school employees the state’s largest creditors, and paying down those debts can save taxpayers billions over the long term.

It also lowers the cost of future government, and the decreased expense means that policymakers wouldn’t have to tax as much. Residents are already due for an income tax cut, and more revenue and less debt makes that more affordable.

It would be a shame if lawmakers used the extra cash to increase expenses without getting better services, or spend it without improving the state’s long-term financial prospects. And in lieu of that, to cut taxes.