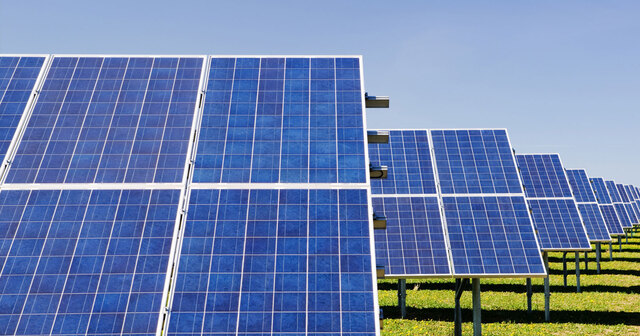 Gov. Gretchen Whitmer and the Michigan Department of Agriculture and Rural Development recently tweaked the Farmland and Open Space Preservation Program to expand solar development in Michigan. The program, established by Public Act 116 of 1975, currently covers approximately one-third of the state’s 10 million acres of farmland. Through it, the state hands out special tax incentives and exemptions in ten-year blocks to landowners who enroll in the program and then commit to preserve their farmland for agricultural purposes.

There are several ways farmers can gain from the open space program, but all have the same goal — stopping the development of farmland and preserving it only for agricultural uses. Curiously, the governor’s recent changes would allow farmers to build commercial solar generation installations on land ostensibly protected by the state’s farmland preservation program.

By changing the rules to encourage industrial solar developments on this land, the state is giving two favors to certain landowners, while it also bolsters politically favored energy businesses. But these government favors actually work at cross-purposes: The first favor prefers preservation for agricultural uses and the second prefers a form of industrial energy development —on the same land.

In 2017, Gov. Rick Snyder and his administration specifically excluded solar development from the preservation program. They said that building solar generation facilities was “not considered [an] agricultural” land use. Therefore, land used for solar developments “would need to be removed from the program prior to the construction of such a facility.”

Despite the previous administration’s statement, the Whitmer administration now allows the land protected under the open space law to undergo development — though only for solar projects. The facilities can be built at any time during the duration of the agreement, with the understanding that the landowner “agrees not to claim [farmland preservation] credits during the time the land is being used for the production of solar power.” The governor's redefinition of acceptable land uses means that, after the solar facility is removed and the land is restored, then the tax exemptions for the protected farmland can continue for however many years are left in the original agreement. Because of this new regulatory twist, Gary McDowell, the director of the Michigan Department of Agriculture and Rural Development, claims that this policy change “will not result in a loss of useable farmland.”

Leasing farmland for solar panels can be an enticing offer for a farmer. It provides steady income for the acres that are leased to a solar developer, often offering the farmer a higher return than might be gained from farming the land. But there are multiple drawbacks to this new policy — both in an agricultural and an economic sense — and the claim that constructing solar generation infrastructure will have no lasting effect on useable farmland is, at the very least, debatable.

Solar leases can last anywhere from 15 to 50 years, and it is reasonable to question whether farming would still be viable after the land has hosted commercial electric generation facilities for up to five decades.

There are limits to what a farmer can do on land that hosts solar panels. Only certain shorter plants can be grown in the areas not used for solar arrays and infrastructure, as taller plants block the sunlight. Additionally, some smaller livestock can fit beneath the panels, but larger animals, such as cows, can damage solar arrays.

That is not the only concern. Environmental advocates often demand that fossil and nuclear fuels be held to the highest environmental standards. They claim that emissions and waste products from those energy sources, no matter how limited, represent an ongoing danger to environmental and human well-being. But solar panels have their own list of potential environmental challenges that must also be addressed.

These panels contain a mix of heavy metals and rare earth elements that must be handled and disposed of properly during development, shipping and construction, and decommissioning. If companies have lax environmental procedures as they develop a project, or a solar panel is damaged — by livestock, a hailstorm, or inclement weather — or is disposed of carelessly, these chemicals and rare earth metals can leach out. Contaminated ground could make the land unusable for crop production later, but these concerns are rarely discussed by solar advocates, whether they work in government or in special interest groups.

The U.S. does not have a national policy mandating the collection and recycling of the photovoltaic panels. According to the report "End of Life Management" by the International Renewable Energy Agency, the only policy that affects solar panel removal is the general regulatory framework for waste management. Incomplete policies governing decommissioning and recycling would be widely criticized if any other industry were involved. For example, the disposal of coal combustion residuals or radioactive waste are both the focus of detailed and stringent regulations. But utility plans for rapid solar buildouts still lack any clear policies for the disposal of decommissioned solar facilities.

Although solar is politically favored, it remains a relatively ineffective source of electricity in Michigan. And government is injecting its preferences into land use decisions by selecting solar development as the winner over farming, which it had previously selected as the winner over any other land use. Amending farmland preservation rules to favor the solar industry demonstrates that political whim plays the primary role in land use decisions in Michigan. Concerns over the amount of farmland, or the ability of landowners to manage their own land, clearly are not as pressing a concern as crony capitalist deals for renewable energy businesses. It would be far better for the state to set fair, consistent rules for everyone and let people use their own private property in the most economically sensible manner.