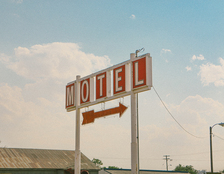 The Mackinac Center for Public Policy’s legal arm files lawsuits on behalf of Michigan citizens wronged by some level of government or unions. As an example, the Mackinac Center has represented hotel and motel room providers seeking to defend their free speech rights against government intrusion into their business. Legislation introduced Dec. 5 by two Republican senators, Wayne Schmidt and Ken Horn, could thwart similar lawsuits in the future. Such a move would cement government-coerced speech into place. Rather than do that, however, lawmakers instead ought to strip the offending parties of their state-granted power to compel speech.

Senate Bill 703 would amend a law that lets tourism bureaus and private convention businesses impose an assessment — in effect, a tax — on hotel and motel rooms for the purpose of subsidizing tourism-related marketing efforts. Short of obtaining a full-on repeal of the practice, we’ve mounted a legal challenge on free speech ground. But the Republican bill would suffocate a legal argument we have used in court. This is one item in a package of bills (703-707) that would “insert these same provisions into different laws that authorize private bureaus to impose a room tax on lodging facilities,” according to Michiganvotes.org.

The Mackinac Center Legal Foundation has twice filed lawsuits on behalf of accommodations providers on the grounds that government cannot compel commercial speech unless it controls the industry through large subsidies or heavy regulation. Our clients were both assessed by a local tourism agency to subsidize its marketing efforts. The two lawsuits we’ve filed represented inn and cottage owners in northern Michigan. They were dismissed, but not for lack of merit.

The first lawsuit ended because the owner sold his property and retired. The second was dismissed after the local taxing agency — Sleeping Bear Dunes Visitors Bureau — assured the judge it would not impose the assessment on our client in the future, nor would it seek assessments that were past due. So we have never had the opportunity for a court to judge the constitutionality of our cases. That’s unfortunate, because it appears as if the two Lansing politicians are trying to find a legal workaround to ensure this subsidized marketing scheme is a constitutional one. In other words, they would make a bad policy even worse.

The legislation looks like an attempt to get around future lawsuits by granting the state greater oversight, thereby making the activities these bureaus engage in to promote tourism “government speech.” Government speech is more likely to be held constitutional as opposed to speech compelled by a private group that has simply been authorized by the government.

The distinction may seem slight. But under the precedents set by the United States Supreme Court, when government officials take an active role in promotion of a marketing scheme, that speech then becomes the government’s. A person cannot legally object (on First Amendment grounds) to what the United States secretary of state says on our behalf when he announces policy. Likewise, a person cannot challenge a marketing scheme that puts forth “the government’s message,” even if it does so with that person’s taxes or assessments.

The legislation even specifically says in writing “The coordinated efforts within this act to market and promote tourism represent a broader regulator scheme [emphasis added] that does not impinge on an individual’s first amendment rights.” It adds that nothing in the act should be construed to … “require any owner or participant to adopt any actual or symbolic speech.”

If the legislation is enacted, a business owner who is forced to pay for tourism promotion speech won't be forced to adopt that speech, as the backers of the change claim. But that would only be true because the courts would then rule that it is no longer his own speech: It would be the government's speech. Ironically, those who favor the bill claim that by making government take over more control over advertising, it is infringing less on the rights of business owners who must charge and collect the assessment.

Under the bill, the tourism bureaus would still function as the mandatory advertising agency that the hotel and inn owners may not have wanted to hire. But an extra layer of government would give to the tourism bureaus the privileges given to “government speech.” Such speech is immune from a legal challenge and can only be challenged at the ballot box.

Lawmakers have extended their reach into the industry and business world enough with the corporate welfare programs they’ve created in past years — including two new large subsidy programs in 2017. In this instance, it seems that lawmakers are more concerned with keeping money flowing to local tourism agencies than protecting the free speech of residents. That’s a shame: They should be working to rollback cronyism in Lansing, not expand it.