Last summer, the Center’s legal arm filed a lawsuit on behalf of a Michigan resort owner whose constitutionally protected free speech rights were violated by a regional tourism bureau. The bureau was taxing him to subsidize marketing campaigns he didn’t want to be a part of. In the fall, the resort owner sold his property, so the Center dismissed the suit but said it was eager to represent other property owners facing the same issue.

This week, the Center filed a new case on behalf of David Gersenson against the Sleeping Bear Dunes Visitors Bureau and Steve Arwood, president of the Michigan Strategic Fund. As owner of Glen Arbor’s Lakeshore Inn and the Sylvan Inn Bed & Breakfast, Gersenson must currently pay the Visitors Bureau a 2 percent tax on each room he rents. The Visitors Bureau’s board of directors has recently voted unanimously to increase that 2% to 5% — an increase that would amount to roughly 20 percent of his net income.

“I’ve been in business for over half my life. I’m 40 years old,” Gersenson said. “I’ve become a successful businessman. … I know what I’m doing in business.”

Gersenson said the arrangement infringes on him as a human being and as an American, and that he also disagrees with the bureaus’ procedures.

The United States Supreme Court has held that a person may not be forced to subsidize speech against his or her will, regardless of the message, so a tax like this one amounts to unconstitutional compelled speech. The Supreme Court has found that governments may not grant independent entities like the Sleeping Bear Dunes Visitors Bureau the power to compel business owners to subsidize commercial speech unless their industry is effectively controlled by the government through massive regulation or subsidies.

“Individuals should have the freedom to decide how to run their businesses and no one should force them to pay for advertising they don’t want or need,” said Senior Attorney Derk Wilcox. “A person’s First Amendment rights are violated when they are forced to subsidize speech they disagree with, and using the power of the government to force speech violates the right to free speech.” 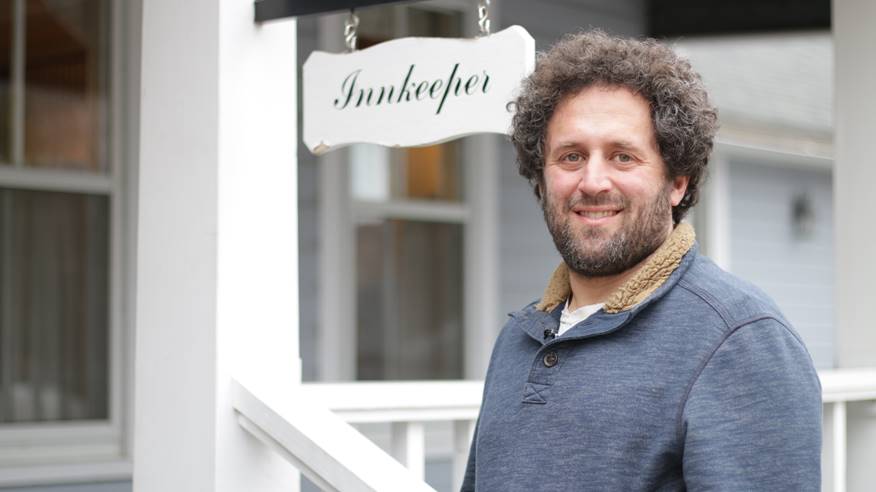 Organizations like the visitors bureau that fund themselves through room taxes are authorized under the Community Convention or Tourism Marketing Act, a law the suit alleges is unconstitutional. The suit filed today would not affect government-run tourism promotion efforts that are funded through the legislative appropriations process. The Pure Michigan advertising campaign is the most well-known example.

The promotional website funded by the tax focuses heavily on other lodging establishments, especially a nearby resort that houses the bureau’s offices, Gersenson said.

In fact, the site fails to mention many of the amenities and services offered at Gersenson’s inns or the fact that they are open in winter — the one season when they could use more visitors.

“We’re not really advertised as anything much but a little mom-and-pop shop,” Gersenson said, noting that in the age of the internet, he can advertise effectively enough on his own, in the way he sees fit.

The case was filed in the State of Michigan Court of Claims and names the Sleeping Bear Dunes Visitors Bureau and Steve Arwood, president of the Michigan Strategic Fund, which approves actions taken under the Community Convention or Tourism Marketing Act, as defendants. The suit seeks a declaration that the tax is unconstitutional, as well as nominal damages.