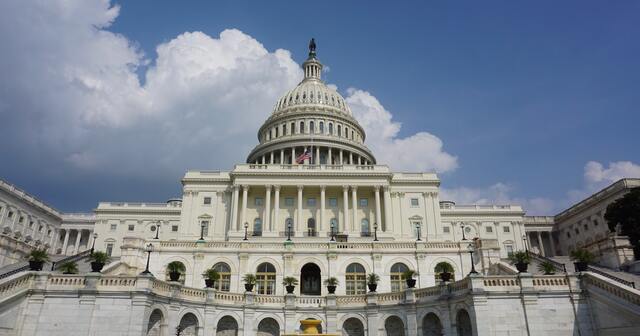 The House recently passed a plan for the federal government to spend another $3 trillion to help mitigate the impact of the COVID-19 pandemic. Congress should stop this proposal in its tracks — particularly its elements that are unrelated to the pandemic.

Some lawmakers want the federal government to shower state capitols with money, not just to backfill revenue losses, but to cover expenses for problems that existed long before the pandemic began. Pension underfunding is one example. Some states failed to set aside enough money to fund their pension promises; now, they want taxpayers everywhere to subsidize their fiscal follies.

The state of Illinois is the most obvious case, but it is not the only one. It is staring at a $100 billion-plus shortfall in its pension system’s obligations. Lawmakers in the Land of Lincoln asked for a $41.6 billion bailout package last month that would include $10 billion just to subsidize their state pension fund. Another $9.6 billion in their request would flow to municipalities. Illinois politicians requested that the money be unrestricted so it, too, could make up for pension shortfalls that predate the pandemic.

Many politicians in Connecticut likewise would welcome a federal bailout. Taxpayers in that state have been railroaded into incurring $60 billion in unfunded liabilities for state employees and teachers. A 30-year state employee union contract, coupled with rosy actuarial assumptions, has caused that debt to balloon. The state has paid into the pension fund the amount it needs to pay each year, and it has done so for over a decade. In fact, each year, the payments for Connecticut’s retirement liabilities exceed the amount the state spends on either education or transportation.

Essentially, taxpayers are paying a lot and are getting little in return. But a bailout would do nothing to fix Connecticut’s unfunded liability problem; rather, it would reward the state’s fiscal profligacy and ensure that the dysfunctional status quo continues for another generation.

Contrast these two states with Michigan. The Great Lake State suffered its own one-state recession in the 2000s, which was compounded by the Great Recession. It struggled but worked hard to balance its own budget and enacted prudent fiscal reforms. For example, lawmakers worked to prevent future problems by moving to 401(k)-style retirement benefits and using better assumptions about plans going forward.

This history of hard-won reform is important because a bailout effectively would reward the fiscal mismanagement of officials in states such as Illinois or Connecticut while punishing lawmakers in Michigan for their hard work and restraint. In short, bailouts would discourage sound solutions and real leadership, and encourage more bad choices. Forcing all taxpayers to bail out fiscally irresponsible states and local governments would be a profound injustice to those who have voted for more responsible leadership. It also would increase America’s $25 trillion debt load.

These are just some of the reasons that our respective organizations signed on to a coalition letter urging the federal government to reject a bailout of states for items not directly related to the pandemic.

COVID-19 has done a lot of health and economic harm to people, businesses and state and local governments. Congress has offered up fiscal aid to these parties. Some politicians want even more spending for state and local units of government. Specifically, they want to force taxpayers everywhere to pay for the fiscal profligacy unique to their own states and cities. Congress should not do so. It would just encourage more bad behavior, punish the fiscally prudent and add to America’s already staggering debt obligations.