Evidence lacking for any significant impact on achievement 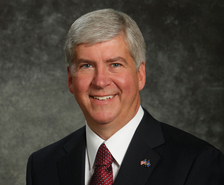 Editor’s note: This article has been revised since its original publication to reflect the budget proposal put forth by Gov. Rick Snyder.

Twice this month, the drum has sounded for more dollars to fund Michigan’s public schools. As of now, we don’t know where the extra funds would come from, but there’s every reason to doubt more money will have any significant impact on student achievement.

The chief recommendation of a Jan. 17 report released by the School Finance Research Collaborative, a group representing businesses, foundations and public education interests, was to increase the state’s base funding amount to $9,590 per pupil. Days later, in his final State of the State address, Gov. Rick Snyder called for “the largest increase in the basic per pupil student foundation allowance in the last 15 years.” He followed it up with an official proposal.

Snyder’s funding proposal figures to be a lot less dramatic than the report’s recommended boost. This century’s largest effective annual boost to the basic foundation allowance was 8.3 percent in 2001. The next largest occurred in 2006, when the Michigan Legislature bumped it up by 3.4 percent.

For all its significance, the foundation allowance represents only one of many different pieces to the overall school funding puzzle. Considering all revenue sources, total Michigan K-12 funding reached its highest level ever at $14,108 per pupil in 2016.

Hopes are misplaced that raw funding increases will drive improvements from Michigan’s current 43rd ranking nationally in academic achievement. A 2016 Mackinac Center multiyear analysis found that spending levels had no impact on 27 out of 28 different test scores and other benchmarks. Only on the state’s 7th grade math test did results improve when a school’s spending increased, but even there the gains were small.

New sources of tax revenue would need to be tapped to meet the new adequacy study recommendations. Yet constrained by political and fiscal realities, the governor may pursue a different approach. Instead of raising taxes, the Legislature could shift money from noneducation items or from categorical grant programs in the School Aid budget.

To the extent that money can be redirected from these targeted or “categorical” programs and used instead to follow students to their choice of educational provider is a good thing. It creates incentives for schools to attend to what parents and students actually want rather than just operating a program the Legislature thinks is good for them.