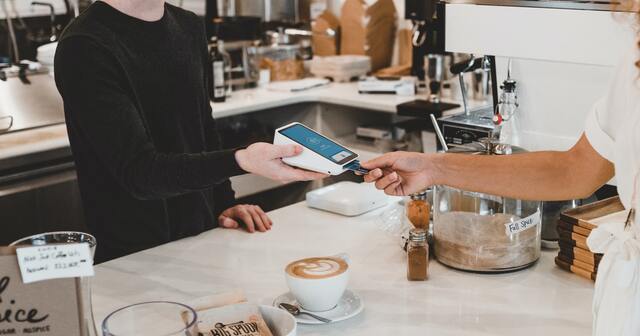 It's important to consider the trade-offs

Editor's Note: This article was first published in The Hill on January 30, 2021.

Just a decade ago, a mandatory $15-per-hour minimum wage seemed like a pipe dream — even liberal economists and The New York Times warned of negative effects. But a few large cities started enforcing it, and then it became part of the Democratic Party platform. It now stands a real chance of becoming federal law.

This would be a bad idea for six key reasons.

The trade-offs aren’t worth it, suggests the bulk of the research. While the research over the effects of minimum wage hikes isn’t as clear-cut as it used to be, the consensus of economists still is that they are a bad idea. A survey found a majority of economists oppose a $15 federal minimum wage. And the Congressional Budget Office (CBO) found it is likely to cost 1.7 million jobs with no corresponding increase in overall wages.

It won’t help those in poverty. Many proponents of raising the minimum wage think it helps poor people, but, overall, it doesn’t. Most people who earn low wages aren’t living in poverty — in fact, most live in families earning more than the average U.S. income. That’s because most are the second (or third or fourth) income earners in a family, not the primary one. Most people who live in poverty don’t work at all, and only 10 percent of adults in poor households work full time. Even more liberal economists, and some proponents of minimum wage mandates, acknowledge a higher minimum wage isn’t likely to affect poverty rates. A hike in the minimum wage won’t help those in poverty; in fact, it is likely to make it harder for them to find a job, the real ticket out of poverty.

It is unlikely to raise wages for the lowest-paid workers. A higher wage mandate doesn’t create wealth; it merely shifts it around. The CBO finds that a $15 minimum wage will raise wages for some workers, result in layoffs for others and be a net loss for income overall. The lowest-skilled workers tend to be the lowest-paid workers, and they’ll suffer the most consequences. The American Enterprise Institute compared the earnings of low-wage workers in states that boosted their minimum wage with those that did not and found little or no difference in pay growth between the different sets of states. In other words, the earnings in low-pay jobs grew just as fast in states that did not raise their minimum wages as they did in states that did. Wages tend to rise because of broad-based economic growth, not government mandates.

It eliminates entry level jobs. The value of a minimum wage job isn’t primarily the money — it’s the experience and skills gained, the stepping stone to the next job, that’s the real value. Raising the minimum wage limits the availability of these types of jobs, which means fewer people will get the opportunity to learn these important skills. This mostly harms low-skilled individuals and low-income households, the very people most in need of new employment opportunities.

It will raise prices for those who can afford it the least. Big businesses and high-end restaurants often support higher minimum wages. That may seem odd at first, but it makes sense when you consider their competitive environment. Big corporate firms can more easily absorb these mandated costs and can invest in new technologies that make them less dependent on human labor. The same cannot be said of the small businesses competing with these firms, so big businesses ultimately can benefit when governments raise costs.

It gets rid of key protections for workers. The current minimum wage law gives narrow exceptions to youths and people with disabilities because these government wage mandates harm these workers the most and they tend to be the first ones laid off or not hired altogether. Tipped workers — primarily servers and bartenders — also are currently allowed to count tips towards their salaries. The Biden plan would eliminate these provisions for tipped employees and those with disabilities, which likely means higher unemployment and lower wages overall for those workers.

Proponents of the $15 federal minimum wage see a simple problem (“People don’t make enough money!”) and pitch a simple solution (“Force employers to pay them more!”). But as the great economist Thomas Sowell has said, “There are no solutions; only trade-offs.” For all public policy decisions, we need to consider the trade-offs — and for a $15 federal minimum wage mandate, they will leave us worse off.