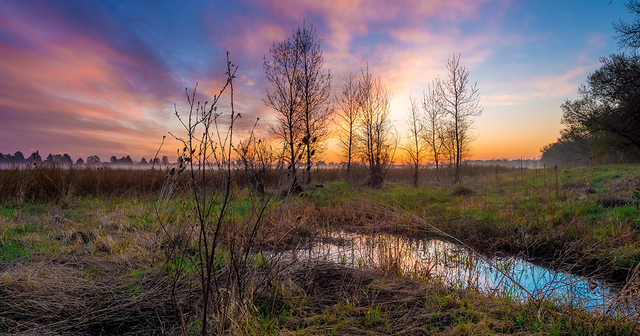 Landowners should have an easy appeal process for rejected permits

The growth of the administrative state grows apace, prompting countermeasures that protect the citizenry from arbitrary enforcement of rules and regulations promulgated by unelected government officials.

This may sound like a 2010 Tea Party pamphlet, but it's actually a sentiment I heard many times between 2006 and 2010. During those years, I traversed the state with my old boss Russ Harding, then the director of a Mackinac Center property rights initiative, meeting with groups and concerned individuals on the issue of governmental overreach and abuse.

Then, as now, it was apparent that regulators with the Department of Environmental Quality – Harding was its first director – sometimes abrogated citizens’ property rights in the service of vaguely defined environmental protections. Too often, we witnessed, government employees prioritized mud puddles and drainage ditches over allowing landowners to perform completely benign property improvements.

Challenging the DEQ or Department of Natural Resources was no small feat, requiring thousands if not millions of dollars to navigate the administrative and judicial labyrinth. At some point, it dawned on me that shining the light of transparency on what we saw as grave injustices and abuse of power by – no doubt mostly well-intentioned – government employees would never be enough. The situation required, suggested my wise superior, a neutral ombudsman who could weigh the pros and cons without breaking the bank of citizens and businesses.

As if from his lips to the ears of Sens. Tom Casperson, R-Escanaba; Darwin L. Booher, R-Evart; and David Robertson, R-Grand Blanc; Senate bills 652, 653 and 654, respectively, seek to satisfy the concerns of both environmental and natural resource regulators and private property owners. Briefly, the bills would require DEQ oversight (SB 652) and establish a permit-appeal panel (SB 653). SB 654 would establish a nine-person Environmental Science Advisory Board to advise the governor and any state office, agency, or department specified by the governor on environmental and natural resource issues in Michigan.

Robertson – who sponsored SB 653 – says the three bills address the needs of Michigan property owners who, rightly or wrongly, run afoul of the DEQ and DNR. “Even the best-intentioned and most knowledgeable government employees sometimes get it wrong,” he said. “Appealing a rejected permit can be quite costly.”

Speaking specifically on his bill, Robertson continued: “It’s important that science and reason rather than emotions and opinions guide our permitting process.” The proposal would allow the DEQ director to negotiate a settlement with a permit petitioner. It would also call for the director to name five people to an appeals panel, which would be convened whenever the director and a petitioner could not resolve their dispute. After receiving the panel’s conclusions, the director must issue a final decision that incorporates the panel’s decision into the terms of the permit.

Casperson is the sponsor of SB 652, which would create a new committee, the Environmental Rules Review Committee, to oversee all rulemaking activity in the department based on specified criteria developed by the committee. All rules meeting the committee’s criteria would be subject to a public hearing.

Oftentimes, state regulators are given carte blanche to exercise their own discretion, said Casperson. That discretion becomes the opinion that approves or denies an applicant’s permits. “If you read through the rules, they make sense because they establish standards that are easily understood,” he said. “But, it’s the final paragraph that grants the field agent discretion on whether to approve or deny a permit, which is where we’ve gone off the rails.”

“Because the regulator has college degrees and the weight and authority of his or her department, the applicant is often left in the lurch unfairly,” Casperson said. He added that the bills give property owners an avenue for airing their grievances.

“I’ve worked with several businesses in the Upper Peninsula who have employed or contracted outside environmental consultants who hold precisely the same degrees from the very same universities as the DEQ officials – yet the discretion of the DEQ agent is granted the final say on whether a permit is granted or not.” He added: “From my experience, this discretion is not based on rules or science, but only a personal opinion or agenda.”