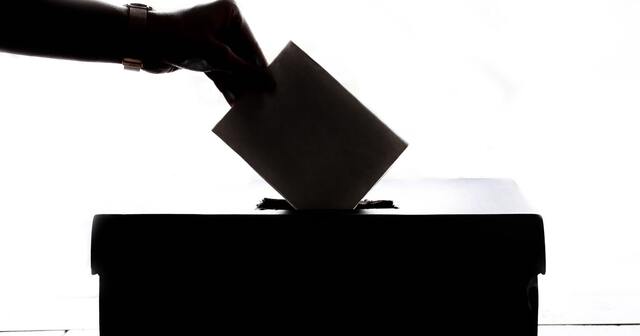 Legislation would take away secret ballot from workers

Editor's Note: This article first appeared in The Hill on August 9, 2019.

Here they go again, attempting to take away the secret ballot in union elections.

In 2009, Democrats tried to pass the Employee Free Choice Act, which would have taken away workers’ rights to use the secret ballot in unionization elections. Even though they controlled the House and Senate, and Barack Obama was in the White House, their attempt failed.

Still, bad ideas die hard, and the worst provisions of that legislation are back a decade later — in the Protecting the Right to Organize Act of 2019, or PRO Act. Its sponsors, having learned a lesson from the 2009 effort, are trying to do an end run to get the same result.

The PRO Act would give more power to the National Labor Relations Board (NLRB), which conducts certification elections. The act says, in part, that when a union loses an election, the board can declare that the employer interfered. It can then negate the election, cite union petitions or authorization cards (the so-called “card check option”) and determine that the union succeeded in organizing the work site.

The act creates a burden of proof for the employer, who must show that it did not interfere in the election. If it can’t do that, and the union certifies that it received signed authorization cards from a majority of workers, the NLRB can step in. That is, “the board shall, without ordering a new election, certify the labor organization as the representative of the employees in such unit and issue an order requiring the employer to bargain with the labor organization.”

Under the PRO Act, an employer is guilty until proven innocent and the penalty is to take away the secret ballot from its employees. It’s not a stretch to think that when the NLRB and a U.S. president are union-friendly, the board will force unionization on workers through card check, regardless of what happens in a certification election.

Card check takes away the rights of employees to use the secret ballot, in a free and fair election, to decide whether they will be represented by a union. Collecting signatures on cards is not the same as winning an election through a secret ballot.

The right to be free from intimidation and to vote one’s conscience in a voting booth is a bedrock principle of this country. The fact that Congress is considering a bill that flies in the face of this idea is telling.

The recent United Auto Workers (UAW) election in Chattanooga, Tenn., is a great example of how the PRO Act could force unionization upon employees. In this case, workers voted not once but twice to reject the UAW. In 2014 and again in 2019, the UAW sought to unionize a Volkswagen plant. Both times, a majority of employees decided, via a secret ballot, that they did not want to be represented by that union. If the PRO Act were in place, there would be a presumption that Volkswagen somehow acted in bad faith to interfere with the election. The NLRB would have certified the union and forced workers who said “no” into the UAW.

Under the PRO Act, a union seeking to organize a workplace must certify that it has received signed authorization cards from a majority of employees. The cards must have come at “any time during the period beginning one year preceding the date of the commencement of the election and ending on the date upon which the board makes the determination of a violation or other interference.” But the act does not specify what the cards must say.

To add insult to injury, the PRO Act would repeal right-to-work laws in 27 states that prohibit unions from forcing workers to pay them. So not only could unions force unionization through backdoor card check, but they could then get workers fired for not paying them dues.

There have been cases in which a union misuses the card-check process. A union tells employees that signing a card means only that there will be a certification election, or that they will receive information about the union, and then uses those cards to force itself on workers. In the 2014 UAW election in Chattanooga, the UAW claimed it had enough authorization cards to unionize the plant. Employees, though, filed an unfair labor practice charge with the NLRB. They said the UAW had gotten employees to sign a card that simply called for a secret ballot election, not for authorizing the union.

Despite the circuitous process prescribed in the PRO Act, its goal is to take away the secret ballot from workers and make it easier for unions to organize workplaces over the objections of employees.