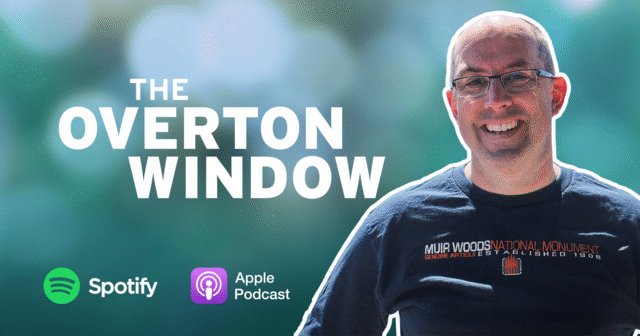 Todd Myers on his book, Time to Think Small

It used to be that environmentalists could make a lot of progress by outlawing pollution and hiring bureaucrats to monitor and regulate potential sources of environmental harms. But it’s time to give up this hammer and take up better and smaller tools for the job. At least, that is the idea Todd Myers — the environmental director at the Washington Policy Center — argues for in his new book, Time to Think Small.

“We are not meeting our environmental goals despite doing a lot; a lot of money spent, a lot of regulation,” Myers says, “The model that we need to use today, and now is available to us thanks to technology, is a small approach. It is a bottom-up innovative approach that harnesses individual incentives, market solutions, local knowledge — those sorts of things.” Time to Think Small covers different efforts to use small technology to clean up ocean plastic, provide sustainable clean water, protect endangered species, and protect rainforests from illegal logging, among others.

A good example can be seen in the Cornell Lab of Ornithology, which wanted to collect data from birdwatchers. The people at the lab knew that there was a lot of information that might be useful to them that birdwatchers could give them, so they started a web page to get birders to add information. But it wasn’t until people started using smart phones to report data to an app the lab created that the data collection took off. This made it easy for the bird scientists to get a lot of data on where birds are and when they appear.

They were able to use this information to help them in their conservation goals. It allowed the lab to approach rice farmers in the Central Valley of California to suggest they flood their fields when migratory sea birds would be coming through to create a safe haven and easier trip for sensitive bird populations. And they encouraged the farmers to do this by paying them to create this temporary habitat. “It was a win-win. It was a voluntary approach, it was a market-based approach, and it created habitat where none existed,” Myers says, “They actually called it AirBnB for birds.”

He argues that it’s a much different approach to species protection than conventional means. Myers references the Endangered Species Act, which punishes landowners when their property is habitat for sensitive species. “It turns endangered species into a liability,” Myers says.

That stands in contrast to the AirBnB for birds approach, where farmers were rewarded for creating temporary habitat. “Simply switching those incentives to make protecting species a positive for you is an enormous change in how we deal with species,” Myers says.

The small technologies that people around the world use every day create new opportunities to do better environmentalism. These technologies lower the transaction costs — the effort it takes to acquire information and coordinate between people — and makes it easier for people to work on problems together. “When you drive down transaction costs, you take solutions that previously could only be local and now you make them global,” Myers says.

He references Seabin as an example. It was started by two surfers who were tired of trash where they surfed. They invented a pump that would collect trash from a nearby marina. They were able to raise $276,000 for it from a crowdfunding campaign where they accepted money from people across the world. And so far, they’ve collected around seven million pounds of trash from their bins.

Myers compares it to a different effort to develop technology to clean up the spot where trash collects in the Pacific. It was billed as “the largest cleanup in history.” It was only able to collect 3 million pounds of trash. “So here these Seabins, which were just started by crowdfunding, which are just basically floating trashcans, have done more than double what the world’s largest reported ocean cleanup has done,” Myers says, “It just shows the power of small things to make big impacts.”

While eBird and Seabin are examples of charities trying to have an ecological impact, he thinks that more can be done to form sustainable and profitable businesses. “If it’s not economically sustainable, it’s not environmentally sustainable,” Myers says, “If you can turn it around and make environmental stewardship pay, like it did for the farmers in the Central Valley, now you’ve got something that is not contingent on who wins the next election.”

I ask him about how he can know whether small efforts are making progress on big problems. Instead of telling me to check the number of users of some types of tech or their impact on environmental outcomes, Myers says something unexpected.

His answer is that people can use these tools to take greater responsibility over environmental issues. “The cost of information is so low you can actually measure results and make sure that you’re achieving what you want,” Myers says. His point is that small technology enables people to take individual responsibility over their own effects.

If you want to lower your carbon footprint, there are a lot of new tools to help you use less energy. If you want to clean up the ocean, you can fund effective ocean cleaners. “There is almost absolute accountability when you use these types of technologies because it aligns your personal incentives with environmental outcomes,” Myers says.