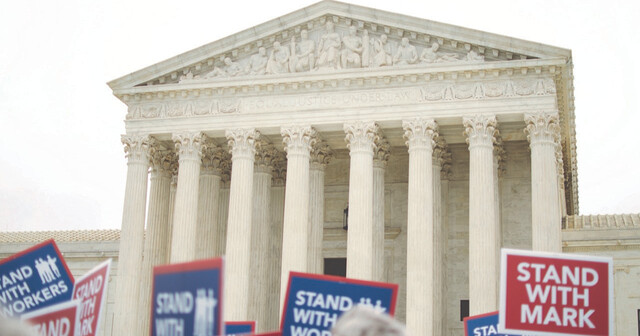 “Their Vision of Unionization in the 21st Century Comes From the 1930s.”

Steve Delie and Vinnie Vernuccio on the future of unionism

Union policy in America is the result of decisions that lawmakers made in the 1930s and 40s, and little has changed in the basic structure of unionization since. Yet things are starting to change. A number of states have passed right-to-work laws, which allow workers to opt out of financially supporting unions. Further, state and local governments frequently required their employees to support unions, but the Supreme Court prohibited the practice in its 2018 decision, Janus v. AFSCME. But on the other side, President Joe Biden has endorsed the PRO Act, which would expand compulsory unionism across the country. These conflicting views represent a fundamental disagreement about what unionization should look like as the 21st century progresses. To explore the future of unionism, I spoke with Vinnie Vernuccio, strategic advisor to the Mackinac Center, and Steve Delie, director of Workers for Opportunity at the Mackinac Center.

Both Vernuccio and Delie believe that unions can thrive if both union strategy and union policy are centered around voluntary interaction. “A free-market union policy offers advantages to everybody. It offers advantages to workers, to employers and to the unions themselves,” Delie says. In addition to bargaining for better terms, unions can serve as professional organizations, train better workforces, and find other ways to add value to both their members and employers. Vernuccio adds, “It’s getting away from the one-size-fits-all forced unionism of the past.”

This is different vision from that shrined in current policies, which rely upon coercion to support unions. Vernuccio says that there are three important places where union policy relies on compulsion. First, employers are forced to negotiate with unions if their employees approve a union. Next, workers are forced to abide by union employment terms: They cannot reject union terms or negotiate their own employment conditions, even if they think they can get a better deal. Finally, unions themselves are forced to represent workers who do not want to be members; they have a duty to negotiate on behalf of every worker who does not want representation.

Vinnie suggests that everyone would be better off with workers’ choice laws, which would relieve unions of having to represent the people who opt out of their workplace’s union. While unions often complain about so-called forced riders, they also oppose the reform that would solve the problem. “There’s a little bit of crocodile tears there,” Vernuccio says.

Unions’ preferred policies double down on compulsion. They’ve worked to support the PRO Act, which has been introduced in Congress, passed by the House, and endorsed by the president. The bill eliminates workers’ ability to opt out of union membership by barring right-to-work laws in the 27 states that have them. It eliminates the secret ballot elections that allow potential members to approve of or reject union representation without fear of public backlash. It makes franchisors joint-employers with their franchisees, despite the franchisor having little, if any, control over day-to-day operations. (This provision makes it much more likely that unionization efforts in such businesses will succeed.) And it effectively eliminates independent contracting for activities like trucking, ride-sharing services and journalism, with the end goal of forcing newly classified “employees” to pay union dues.

Similar legislation was passed in California, but repealed by voters after they saw the economic harms that it caused, Vernuccio says.

Between the unions trying to push one way and voluntary unionism activists pushing another, the Overton Window on labor policy seems to have widened. The fact that the PRO Act is in debate right now shows that more-coercive unionization policies are acceptable. On the other end, recent states that have adopted laws expanding worker freedom — Indiana, Michigan, Wisconsin, Kentucky and West Virginia — shows that greater voluntary unionism is also acceptable.

Vernuccio says that unions also want sectoral bargaining, where unions work with the government to unionize an entire industry or region, regardless of whether workers vote for it. For now, this seems to be largely outside of the window.

Vernuccio says that there is a spectrum of union intervention, with mandatory unionization of all industries on one end, and the complete ban of all unions on the other. He notes that sectoral bargaining is close to far end of the spectrum, and that his preferred policies are between the extremes.

Delie believes that reformers have a long way to go before federal policy recognizes voluntary unionism. “There hasn’t been much public interest in moving towards a more voluntary model — that’s my sense. Not that there isn’t any, it’s just not as loud as the union voices,” he says.

He suggests that people can be moved on this policy when they see the coercion in current policy. Member dues do not only compensate a union for its representational activities, but also for its political speech, which is generally unpopular. Workers are also prevented from negotiating on their own behalf, and unions have to protect bad employees from the consequences of their own actions — two unpopular positions. People theoretically support the idea of voluntary association, and that places voluntary unionization ideas within the Overton Window. “I struggle to find anyone I’ve talked to who says, ‘No, we don’t want that,’ who isn’t associated with the unions,” he says.

Both Vernuccio and Delie are optimistic about union policy. “Things in politics take a long time. But we’re already seeing a ton of success,” Vernuccio says. He cites the headways in protecting workers’ rights to opt out of union representation, like in laws recently passed in Indiana.

They’re also optimistic that unions have a bright future if they can reorient themselves. “It will take some time for the market to develop that competitiveness and for workers to say, ‘OK, now you’re providing enough benefits for me to pay you hundreds of dollars a year,’” Delie says. Vernuccio adds, “I think in the long term you’ll see better unions, stronger unions, unions with more membership. It’s going to take a radical new way of thinking for them. The competition is going to be good. It’s going to make them stronger.”