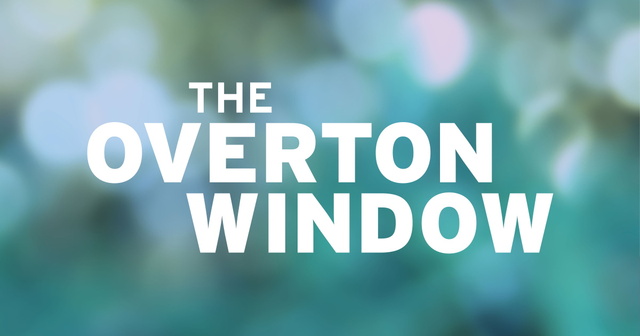 Leonard Gilroy on reforming pension systems across the country

State governments should find it tough to get into financial trouble. They have constitutional requirements to balance their budgets as well as restrictions on their debt. Yet a number of states have gotten into debt problems by promising to pay their employees pensions and not setting aside enough money to secure those promises. I spoke with Leonard Gilroy, vice president of the Reason Foundation and manager of its Pension Integrity Project, about how he has helped states prevent themselves from underfunding their pension systems and catch up on what they owe.

Part of the problem is the binding pledge of conventional pension benefits. “What that did was essentially created a promise, a commitment, a constitutionally protected liability that has to be paid under the contracts clauses of our federal and state constitutions. That works fine if you’re conservatively investing, conservatively managing these plans, and conservatively managing those liabilities. But what we really had is decades where that has not happened,” Gilroy said.

He cites the changing market dynamics over the past 20 years, especially low global interest rates. A high-interest environment means it is easier to earn higher returns, and managers can assume high rates of return when they estimate how much they need to save to pay for pensions. When rates changed, however pension managers did not lower their assumed rates of return, which compounded problems over time. “We have a trillion dollars of promises made to workers that we don’t have the money for,” Gilroy said.

He noted that this gap has remained even with the large market gains over the past few years, which should have helped states catch up on what they owe. “The liabilities were bigger than the gains that were made this year,” he said, also noting that larger returns have helped states like Idaho, which had smaller pension underfunding problems. When large gaps remain after years of gains, however, lawmakers ought to be concerned that the structure of their pension systems needs improvement. “If you’re in a situation where even a 25% annual return doesn’t get you to be fully funded, you really need to be dealing with the risk in your pension systems.”

He said there three things lawmakers need to do to get back on track: correct the assumptions managers use to estimate costs; change the design of plans to decrease risks; and put more money into their pension systems.

Gilroy said that estimating what you need to save today to pay for pensions in the future requires a lot of complicated assumptions. “There has been a lot of over-estimation with regard to investment returns, but it’s way more than that.” He referred to a problem in Michigan where managers assumed that pension system payroll would grow, even though it had not grown in decades.

Regarding plan design, Gilroy said it’s not just a matter of conventional pensions versus individual retirement savings plans. Lawmakers can choose less risky pension plans if they want, as legislators did in Texas with their cash balance plan. “It’s not just Coke vs. Pepsi or vanilla and chocolate. There’s a universe of options out there,” he said.

He also said that lawmakers have to pay down the debts they have, and there is no substitute for putting money into the pension system. “Like your credit card or your mortgage or your general obligation bond debt or any other debt, the faster you pay it off, the less interest you pay and the less burden overall will be required from the taxpayer,” Gilroy said.

These are not easy solutions. “It took decades for the unfunded liabilities to accumulate and accrue, and it will take time to wind them down,” he said.

To overcome these problems, Gilroy deals with lawmakers directly. He travels the country to lay out options to legislators interested in pension reform and to convince others why this is worth doing. “One of the things I tend to say is, ‘We didn’t get into this underfunding boat overnight and you can’t get out of underfunding by putting the same or less money into your system, you actually have to put in more,’” he said.

While some lawmakers are reluctant to put more money in the pension system, he tries to sell the benefits of doing so. Lawmakers will save interest costs over the long term. “Pension debt is basically the most expensive interest that I’ve ever seen at the state or local level.” He added, “Unfunded liabilities are growing at the assumed rate of return at that pension system, which are typically about 7% or even more.” He said that Arizona recently passed a tax and debt relief package, and putting $1 billion into a public safety pension system will save $1.4 billion to $1.6 billion in pension interest.

It can be difficult to get lawmakers to care about the issue, and each state’s debate is different. In Texas, employees in the pension system drove policymakers’ attention to the issue. In Arizona, lawmakers recognized some problems and put advocates like Gilroy in a room with union officials to figure out what to do. “They had identified the main structural problems and we were able to validate that,” he said. They agreed to better benefit choices, governance changes, and debt schedule changes, and lawmakers adopted their recommendations.

Politicians can struggle with his proposals, however. Changing assumptions already in place often means acknowledging that funding problems are larger than they appear. Moving away from conventional pension benefits can look controversial. And there always seems to be a better use for a dollar in the state budget than paying off pension debt.

Even so, Gilroy has seen success when lawmakers acknowledge that underfunding is a problem. He has worked with lawmakers around the country to make important reforms that have protected government workers and taxpayers alike. Once lawmakers decide that what they have isn’t working, he said, it’s easier to coalesce around the technical solutions. “We’re trying to build systems that work for everyone,” he said.