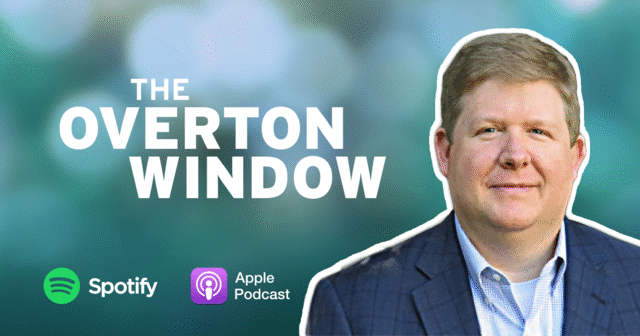 Russ Latino on the legislative battle for tax cuts in Mississippi

It should be hard for state lawmakers to cut taxes. Unlike the U.S. Congress, they have to balance the state budget each year, which means any dollar in tax cuts reduces spending or the growth of the state budget. The beneficiaries of the spending have a strong incentive to keep it going, while the beneficiaries of tax cuts tend to gain only a little from tax cuts. It’s a classic problem of concentrated benefits and diffuse costs. Yet, more than a dozen states have cut taxes in the past year. Mississippi is the most recent state, and I spoke with Russ Latino, president of Empower Mississippi about it for the Overton Window podcast.

The Mississippi state government has been generating large surpluses of revenue, and there is a lot of extra money in state reserves, so legislators felt like they could easily meet their campaign promises.

“At some point the thought should occur to you — if you claim to be conservative, if you claim to believe in people's ability to spend their money better — that perhaps we're gathering too much of it,” Latino says.

Part of the problem, too, was getting Senators to pass anything at all. “They came up with a plan but their heart wasn't in it,” he says.

Still, with extra funds and an active House, Senate members felt grassroots pressure to do something. “In a fairly conservative state, they were getting a lot of feedback that this should be something that is possible with supermajority Republican chambers,” Latino says.

Empower Mississippi’s job was to help them meet in the middle with a solid tax cut. They recommended moving to a flat tax and lowering the rate. “It's being in the right place at the right time with the right idea,” Latino says, though he notes that he didn’t get a lot of traction with the idea at first.

“Some people in our business community, who originally were pretty reticent to support the income tax elimination conversation, came around to saying ‘This is a really good idea.’ And we were able to put together a coalition of business leaders that had influence,” Latino says. “So that certainly was helpful.”

Timing also helped them. Mississippi has odd-year elections and lawmakers wanted residents to have their taxes cut before they went back on the ballot, Latino says.

Another force to help lawmakers cut taxes was how long legislators had been talking about tax cuts. “Sometimes that yields really bad policy because people become desperate and they start trading things; they start making policy weaker. The great thing about this conversation is that the policy got made, in my mind, substantially stronger,” Latino noted. Legislators talked about narrowing the bases of some taxes, exempting taxes over a small portion of time, handing out credits, and other ideas. But they settled on moving to a single rate and lowering it.

“The end result is a $526 million tax cut, which is the largest tax cut in Mississippi history,” he said.

It ended up getting bipartisan support, too. “I think it's a testament, one, to just a recognition of the math. We're sitting on this much money. It's ridiculous. And two, to leadership’s credit, they had done a good job talking to members and sort of getting buy-in around the idea that the state could do more if we empower people,” Latino says.

He also thinks that this is a change from what Mississippi used to be. “We've tried it this big government way, we've tried it as sort of a system that relies on government spending,” he says. “It hasn’t worked. It is at least worth trying the idea that if we trust people with their own resources — and more of their own resources — that that can be what leads to real prosperity and real growth. If we start treating people as contributors instead of dependents. And to me, this is the beginning of that conversation.”

Check out the discussion at the Overton Window podcast, available on Apple Podcasts and Spotify.