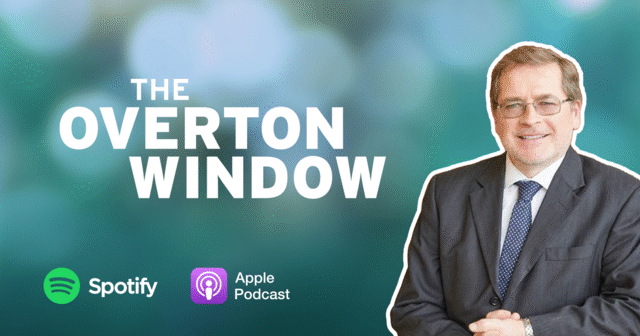 ‘People will vote for the party that does not raise their taxes.’

Grover Norquist on the Politics of Tax Reductions

Last year, 14 states cut their taxes. On this week’s Overton Window podcast, I talk about why they did so with long-term taxpayer advocate and strategist Grover Norquist, president of Americans for Tax Reform.

Tax cuts are not only popular, Norquist says, but helpful to a state that seeks to attract more people. States with low — or no — income taxes tend to attract people from high-tax states.

“Enough people know the story because they know people who did it, so it’s real in their life,” Norquist says. “And also, you’re seeing it in the statistics.” He points to How Money Walks, a website that covers the migration and the incomes of the people who move.

“There are now two million more people in Florida than in New York. New York is smaller in terms of population than Florida. New York State has a budget twice Florida’s,” he says.

Residents don’t necessarily get better services for bearing a greater tax burden, either.

Some state lawmakers are eager to lower taxes now because states have a lot of cash on hand. The most frequent objection to tax cuts is that they are unaffordable — that lawmakers need the cash taxes generate to run their government. Unlike federal lawmakers, state policymakers must balance their budgets, and this means that tax cuts have to be matched by slower increases in the amount of government spending or through lower spending.

This hesitation to reduce taxes is harder to maintain when states have a lot of cash on hand. The windfalls are coming from both increased tax collections and extra federal transfers to the state government.

While the federal cash includes a restriction that it can’t be used for tax reductions, Norquist argues that it can.

“The law that [Sen. Joe] Manchin of West Virginia stuck into [or] snuck into the $1.9 trillion spending bill that was supposed to be about COVID said you can’t take any of this money to lower taxes,” he says. “Courts have struck down the Manchin amendment every time it’s come up because it’s just silly. Of course states can do what they want with the money the Feds have given them.”

Until recently, no state had ever eliminated a major tax without replacing it. Norquist thinks that the Overton Window on state tax policy has shifted as states have enacted proposals to phase out some of their taxes. “We’re not only going to cut taxes this week, we’re going to zero,” Norquist says.

While tax cuts have been discussed largely in states with Republican lawmakers, Norquist points to the tax debate in states with Democratic majorities. The new governor of New York has repeatedly promised not to raise taxes, and this seems to be a standard response from major Democratic state leaders.

And even in blue states, ballot initiatives can take the question directly to voters and win approval, as happened in Colorado.

Norquist covers two of his strategies to help policymakers lower taxes. Americans for Tax Reform encourages elected officials to pledge to their voters that they will not raise taxes. He notes that President George H.W. Bush took the pledge and broke it, going on to lose his reelection bid.

The pledge is still powerful. “We haven’t had a Republican vote for a tax increase since ’94. We haven’t had a tax pass when the Republicans have held the House or the Senate in Washington, D.C.,” Norquist says. “People will vote for the party that does not raise their taxes.”

Norquist also organizes meetings for center-right people and groups, and he keeps membership broader than just the people who care about tax policy. It includes “everybody who voted for Reagan or who would have if they were the right age,” he says. “If the government messes with you, we want you in the room because we’re all on the same team. We all want the government to leave us alone.”

He is ambitious about what he wants in state tax policy.

“Our goal is 50 states with no income tax by 2050. So in 30 years. I think we can do that,” Norquist says. He also thinks that getting a large portion of states to stop taxing income will put pressure on the remaining states to join them.

Tax competition among countries helps in federal tax policy, too. European nations lowered their corporate tax rates, and the United States followed suit. He is worried, though, about attempts to bind the United States through international agreements on tax rates. “The Democrats desperately want an international cartel to keep taxes up,” he says.