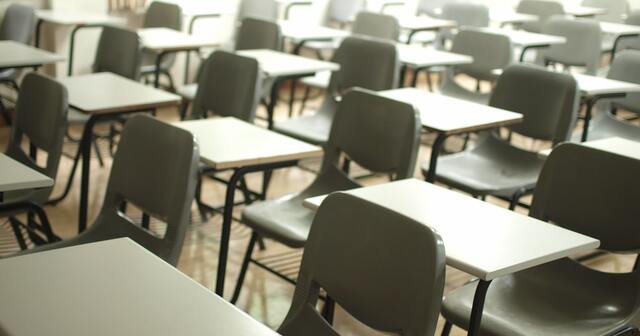 “It was an idea whose time had come in West Virginia”

The Overton Window on K-12 education had been firmly set in place in the 1980s. Outside of some students in religious schools, elitist enclaves, and a handful of homeschool households, everyone went to assigned public district schools based on where they lived.

A lot has changed since then.

Vast numbers of parents can enroll their students in nearby public school systems, millions of students attend charter schools, and many states even offer scholarships to parents to defray the costs of attending private schools.

West Virginia lawmakers recently enacted the most expansive scholarship program in the country. To talk about why they were able to be national leaders on the issue, I spoke with Garrett Ballengee of the Cardinal Institute, a free-market think tank in West Virginia that led the coalition to change the law.

When the Cardinal Institute opened in 2015, West Virginia offered conventional public schooling and few other options. Students went to the school to which they were assigned; the law did not let parents enter them into public school of their choice; and there were no alternative or charter schools. This was, in part, because there had been no one in the state to organize and advocate for school choice. “Perhaps there was no bigger disconnect between a national policy issue and a lack of discussion in West Virginia than that of school choice,” Ballengee said.

While West Virginia isn’t the wealthiest state in the union, it was in the top five in the share of its income it devoted to K-12 education. But it didn’t get the results residents wanted from that kind of spending. So Ballengee and his colleagues at Cardinal advocated for more parent-driven choice to change the system. “It’s not a denigration of public schools; it’s simply a recognition of the fact that we can do better, and we have ideas on how we to structure that so we can best serve kids,” Ballengee says.

Besides the lack of in-state advocates, there is another important reason why West Virginia had very little school choice. Unions are popular in the state, and teaching there is a unionized profession. “We knew we were really going to be taking on perhaps the strongest remaining organized entity in the entire state, which was the teachers union,” Ballengee says.

The unions entrenched their view, which was that conventional public schools ought to be the only schools government fund. It’s no surprise that West Virginia was the first state where the Red for Ed demonstrations took place. In 2018, teachers there walked out for two straight weeks, causing all the state’s schools to shut down and students to lose 10 days of learning. Teachers were finally placated by a 5% raise approved by lawmakers. Later, the union shut down schools again to protest the fact that lawmakers were considering charter schools and other educational choice legislation.

Ballengee and his colleagues were part of that initial legislative effort. And while they were able to get a very limited charter school program established, he was disappointed with the result. “It was a Pyrrhic victory,” he says.

Still, the experience helped solidify their coalition of school choice supporters. They worked with national advocates like Ed Choice and the Institute for Justice, local Christian schools, homeschool parents and anyone else interested in trying something other than conventional public schools. “We had to have a coalition. There is no way a group like Cardinal, given our size and resources, could do every single thing required. But what Cardinal was, was the catalyst,” Ballengee says.

But consider the environment. There was a new state advocate, a handful of national groups, and a meager number of people who exercised the little school choice the state had. There were up against the largest interest group in the state and a population that had experience with public schools and generally liked them. “School choice advocates are outgunned. That’s a reality of the situation and you have to go into this fight understanding that,” Ballengee says.

Yet in 2021, they were able to succeed in getting a major reform. Lawmakers enacted the Hope Scholarship program, which makes nearly all West Virginia families eligible to receive $4,600 for each of their children — the full state contribution to public schools — to spend how they want to best educate their kids.

One thing that motivated lawmakers in West Virginia was the notion that they needed to catch up. “A lot of legislators began to realize that it’s a little bit ridiculous that 46 other states have charter schools, for example,” he said. Competition with other states, especially neighboring ones, likewise encouraged school choice. Ballengee notes that Kentucky passed a similar program after West Virginia did, and there is some interest in Ohio as well.

He suggests that because West Virginia is a small state, there is a smaller universe of stakeholders who can drive reforms — maybe under 500 people on any issue. So only a little bit of interest is needed to change what happens. And to persuade them, he argues, “You have to do a little bit of everything. You have to tell human stories. You have to bring facts and logic and data to the fight. You have to have your arguments couched in very compelling terms. And you have to meet people where they are.”

So persuasion, coalition-building, favorable circumstances, competition with other states and some motivated people who could manage the effort are what it took to get West Virginia to become an overnight leader in school choice.