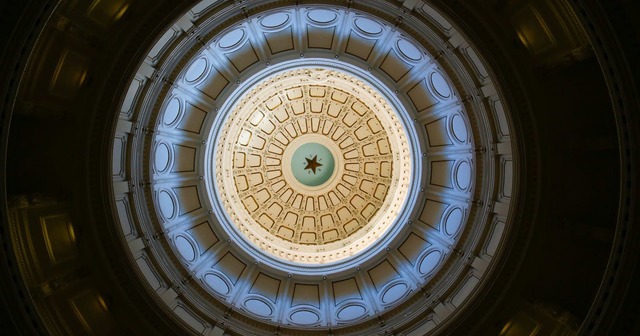 Vance Ginn of his plan to limit Texas spending

State lawmakers find themselves bound by constitutional rules that require them to balance their budgets each year, allowing them to pledge to spend no more than their revenues. And lawmakers often interpret this rule to mean that they’re going to spend every last dollar of revenue each year, when they don’t have to. I spoke with Vance Ginn of the Texas Public Policy Foundation about his work to encourage lawmakers in Texas to restrict their spending each year by adopting his proposal, which he calls the Conservative Texas Budget.

In Texas, legislators meet for 140 days every other year and have to pass a budget that keeps the state operating for those two years. The governor issues a budget proposal and Senate Finance and House Appropriations committees hear proposals, hold hearings, and negotiate with members of the Legislature over how to prioritize spending the state’s revenue. “Ultimately, that’s really what a state budget, or what I’d argue any governmental budget — even our household budget — is: a set of priorities,” Ginn says.

Given that legislators represent different districts, have different priorities, and can have different ideologies, it would seem a difficult task to get consensus among lawmakers about priorities. Yet it happens year after year — or in the case of Texas, biennium after biennium. “The number one thing that they have to pass is a budget,” he says.

It takes trust among lawmakers to establish the budget because only a handful of the lawmakers on the two committees decide on what goes in and what does not. Other legislators look to caucus leaders and trusted sources to tell whether they’re should vote yes or vote no on the budget. Some legislators will also look to outside groups, like Ginn’s, to shape their view.

Lawmakers in Texas tend to come together and pass legislation regardless of different partisan interests. “There usually is a lot of bipartisanship. For example, on the budget, I want to say it was a unanimous vote,” he recalled. And this year, the 87th Legislature codified many of the Conservative Texas Budget recommendations into law (Senate Bill 1336) on a bipartisan basis.

He also notes that political interests encourage bipartisanship on budget matters. An economist by training, he adopts some of his understanding of the process from public choice economics, which among many things, looks at the specific incentives that legislators have, like their desire to get reelected. “They’ve got to make sure that they bring home some of the bacon to their constituents. And if you don’t vote for the budget, that’s going to upset leadership, and if leadership gets upset, then some of your bills may not get hearings, some of your bills might get vetoed later on in the process” he says.

The incentives to spend are bipartisan. While Texas changed the partisan makeup of its Legislature from Democratic majorities to Republican ones in 2004, he didn’t notice much of a change in the state’s spending habits. “To some extent, Republicans and Democrats want to spend every dollar [of revenue],” he says.

Ginn is trying to change this. He instead recommends that lawmakers increase spending by no more than the growth of the state’s population and the national rate of inflation. This, he argues, is a good measure for what Texans are able to afford.

He’d prefer it to be a rule officially adopted by lawmakers. “A balanced budget amendment is a type of fiscal rule. It takes away some of the discretion that’s in place to allow for more consistency, certainty among the private sector, and to make sure that government doesn’t grow too big and crowd out the productive private sector,” he says.

Even without this formulation being official state policy, he encourages lawmakers to approve budgets that spend less than his preferred target. And they have. The most recent budget they passed allocated less revenue than they had available. “It’s shocking to some extent. They were passing a budget that was under population growth and inflation, which I think is a good measure of the average taxpayer’s ability to pay. They also put $6.1 billion dollars into maintaining property tax relief from last session, which meant that money won’t be going to grow government, so that’s good news,” he says.

He credits sound research, strong government affairs work and good communications work as a reason why he and his colleagues were able to change the assumptions about how much lawmakers will spend. He and his colleagues at the Texas Public Policy Foundation appreciate the governor and lieutenant governor for speaking out about keeping the state within their proposed limits.

Ginn prefers that extra savings be used for tax relief, and notes that Texas has the sixth-highest property tax burden among the states.