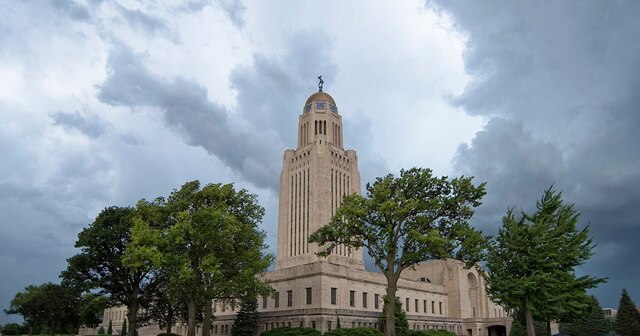 “I didn’t know how controversial this one was going to be.”

Many people believe that politics is rotten, believing, to paraphrase the lead character in a Robin Williams movie, that “Politicians should dress like NASCAR drivers so we can know who bought them.” But after I used my podcast, The Overton Window, to interview people who have successfully changed policy, I can confirm that this view is unjustified.

The first guest, Laura Ebke, shared her experience of being a legislative champion for a bill that made Nebraska the first state in the nation to establish a review process for its occupational licenses. States often require that certain professions be licensed. The stated rationale is to protect their potential customers, but licensing requirements can instead create undue barriers to entry into the profession. Ebke’s bill calls for the Legislature to regularly review these requirements to see if they still serve a health and safety purpose.

She took up this policy not because she got paid by the anti-licensing lobby. Instead, it was because she was asked to sponsor the bill. Lawmakers get tons of requests from people who are interested in something. Only legislators can introduce legislation, after all, so the people who want to change laws need to convince legislators to take up their issue. The Institute for Justice had a model review bill and the lawmakers who had introduced it earlier had not been reelected, so IJ needed someone new and approached Ebke. She had been interested before, and what the organization wanted spoke to her. As a libertarian-leaning lawmaker, she found that she was excited about the idea.

The biggest obstacle to passing this law was a lack of trust, among her colleagues and license supporters, about her intent.

If an occupation or profession — in the episode we talked about electricians — is regulated by a licensing requirement, it’s usually because in the past, its practitioners had a role in crafting the requirement. Naturally, they would be skeptical of a legislator who introduces a bill to end it, especially if that person did not first ask those who are already licensed.

Multiply that dynamic by every professional or occupational group that sees legislators raising an eyebrow about the importance of the licenses it helped mandate. The situation isn’t conducive to building trust, so Ebke’s biggest success was to convince the people naturally opposed to licensing reform to go along with her bill.

The next part was overcoming distrust from her colleagues in the Legislature.

She tried to convince both colleagues and stakeholders by meeting with them. That makes sense; it’s tougher to distrust someone who responds to your objections and harder to doubt the motives of a person who explains them to you. If Ebke wanted to advance her bill, the work required personal persuasion, not spreading money around to buy votes.

And eventually she did get her colleagues to come around, and Nebraska became a national leader in occupational licensing reform.

Yes, there are plenty of reasons to be cynical about the motives of elected officials. Corruption is a real problem that keeps the Federal Bureau of Investigation busy. But cynicism can be taken too far. Sometimes politicians vote for things just because they believe in them. Sometimes they vote for something because they are persuaded its policy is good. And people can make a real difference, and conversation and persuasion can be more effective strategies than trying to buy votes with campaign cash.