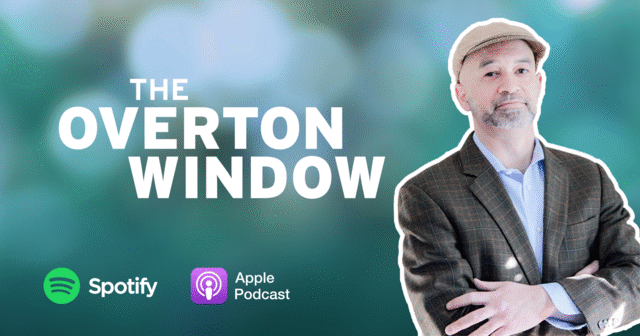 Voters are being inundated with appeals from the candidates running for election. They get mail, hear about them on radio, on television, on the internet, and often directly as candidates knock on doors. The points candidates make as they’re trying to win votes, and the stances they take in positioning themselves for victory, matter. I speak about issues and campaigns with Adrian Hemond, CEO and Chairman of Grassroots Midwest, a bipartisan political consulting firm, for this week’s Overton Window podcast.

Getting people to vote for you can be surprisingly easy. “The best way to get somebody to vote for you is to shake their hand and ask them,” Hemond says, “Unfortunately, in most elections that’s not possible.”

There are too many constituent doors for candidates to knock on if they’re running for the state senate, Congress, or one of the offices selected through statewide vote like governor, secretary or state or attorney general. “You’re going to have to rely on some other sort of paid communication tactics to get your name and message in front of others,” Hemond says.

He says that there is a hierarchy of communications that are effective with voters. Short of candidates meeting voters in person, phone calls are good. Then direct mail or targeted digital ads. Targeting is important because it allows candidates to give a particular message to a group of voters that will appeal to them specifically. “You need to talk to voters about things that they care about,” Hemond says.

Candidates take advantage of voter information to craft messages that appeal to specific kinds of constituents. That means finding out what people want to hear and telling it to them. “If somebody’s a Republican they’re far more likely to be a pro-life voter. If they’re a Democrat they’re far more likely to be a pro-choice voter. But that’s not a 100% lead pipe lock. That’s a heuristic that you’re using to sort voters so that you know what to talk to them about,” Hemond says, “Sending a mail piece with a pro-life position to a pro-choice voter could be actively harmful to your efforts, especially if there’s a different issue that you could talk to them about that might secure their vote.”

There are tools available to help candidates target voters. The state keeps the Qualified Voter File, which records who voted and in what election. Checking to see who votes in the partisan primaries is a good way to establish the partisan lean of a voter.

There are private databases with marketing information used by businesses that campaigns can use to target voters, too. The kind of information candidates can get is, as Hemond puts it, “Frankly, kind of creepy.”

There are some granular pieces of personal data that these databases can provide about individual voters that can be used to make targeted appeals. “I’ve got a program pulled up that’ll tell me when you bought your house, how much you paid for it, what sports you watch on the weekend, what sort of things you buy online, do you own a gun, do you have a concealed carry permit, what kind of hunting licenses do you have, and are you a member of a labor union,” Hemond says.

Some candidates use less targeted strategies. To the reader who is curious about what yard signs accomplish, Hemond has opinions. “They cost a lot of money is what they do. It’s not just the signs. I hate signs, like most quality political consultants. We won’t actually do them for the clients that we work with,” he says. He notes that they may be useful for down-ballot nonpartisan candidates, like judges, who need some name recognition to win. “But for most campaigns, especially any sort partisan office, I tell people to invest in almost anything else,” Hemond says.

The ability to target doesn’t negate the importance of supporting issues and ideas that are supported by the candidate’s constituents. “There is a fair amount of triangulation that goes on when you’re running for office because you need to get a majority of voters,” Hemond says.

He points at polls to demonstrate that the stance Democrats tend to promote — legalized abortion with limits — is supported by a majority of Americans. He also acknowledges that it is a risky strategy. “This is probably the most hot-button issue in America and it has been for a long time. It’s the one issue that my firm won’t work on, on either side, for exactly that reason,” Hemond says.

If Democrats come out ahead in the upcoming election, they’ll interpret this as a mandate to protect and expand legalized abortion. If Republicans win, Hemond is unsure what the agenda will be like. “Republicans have more cats to herd when this process is all over because they have more issues to work with right now,” he says.

Candidates promote their stances on only a few issues and this leaves a lot of room for them to make up their minds on other issues when they get into office. Most issues they will consider are not being talked about as they campaign.

Hemond has advice for people who care a lot about issues that don’t draw much candidate attention. “If there’s an issue you’re concerned about and candidates are not talking about it on the campaign trail, ask them. Send them an email. Show up at one of their events. Send them a letter and put them on the record,” he says.