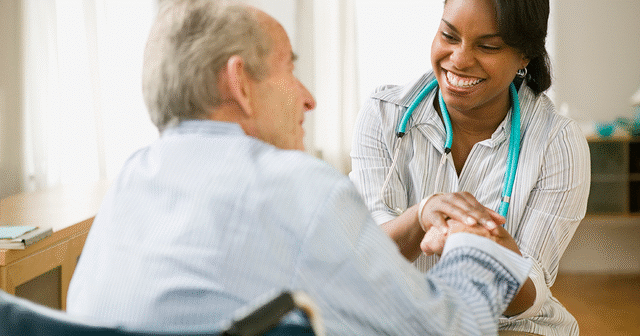 Health care providers should be given a choice

Today, the public comment period closed on a new rule proposed by the U.S. Department of Health and Human Services. If adopted, this rule would reauthorize union’s ability to skim dues from Medicaid payments used to pay for home health care workers.

It was the Mackinac Center that originally discovered what came to be called the “dues skim” in Michigan. Before 2012, the SEIU had quietly worked with the Granholm administration to establish a state agency, known as the Michigan Quality Community Care Council, which would act as the putative employer of home health care workers. These workers, who often rely on Medicaid payments to provide care for their sick or disabled loved ones, are actually employed by the patient they care for. Despite this, the SEIU negotiated with the state agency as the caregivers’ so-called employer, after holding a unionization election in which fewer than 20% of affected caregivers voted. By 2013, the SEIU had successfully diverted over $34 million in funds, labeled “dues,” away from this vulnerable population.

After the Mackinac Center discovered this arrangement and brought it to the public’s attention, the Michigan Legislature exempted home health care providers from Michigan’s public sector bargaining law. There were also lawsuits throughout the states, ultimately resulting in the United States Supreme Court’s ruling in Harris v. Quinn. In that decision, the court forbade states from requiring home health care providers to pay agency fees to keep their jobs. Michigan’s citizens also rejected an SEIU-backed attempt to enshrine the dues skim in the state constitution through a 2012 ballot proposal known as Proposition 4.

There is overwhelming evidence that home health care workers do not wish to be unionized. Less than a year after dues skim ended in Michigan, SEIU Healthcare Michigan’s membership fell by more than 80%. In other words, when given the choice about whether to become a member of a union, the vast majority of home health care providers chose not to.

The Health and Human Services Department should not reinstate dues skim through administrative fiat. Doing so would reduce the funds available to help the sick and disabled, increase the shortage of home health care workers and direct Medicaid payments away from their intended purpose. Funds paid to caregivers should be used to support their efforts to care for the sick and disabled, not for favored political causes.

You may read the Mackinac Center’s comment in opposition to the rule, here.