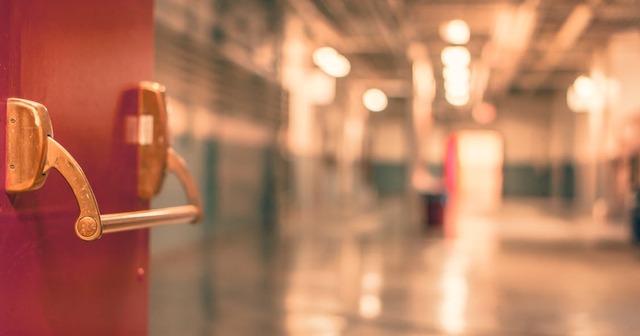 Gov. Gretchen Whitmer clearly has made school systems a funding priority in her new budget proposal. It offers more money for one of the state’s most troubled districts, in a way that’s long on promoting more conversations and short on offering real solutions.

Last year, Benton Harbor Area Schools, in southwest Michigan, came under heavy scrutiny for its severe academic and fiscal shortcomings. It’s been five years since any eleventh grader in the district met state standards for college readiness, as more families either enroll their children in charter schools or other districts, or move out altogether. Reports have noted district officials’ prolonged trend of financial mismanagement and sloppy accounting, as well as instances of mishandled federal funds and significant data reporting errors.

In June, the school board and community members pushed back against the governor’s plan to shut down Benton Harbor High School, leading to a détente with state officials. Four months later, the school board and state formally set up Michigan’s first-ever Community Engagement Advisory Committee, made up of both state and district officials, along with local representatives from churches, businesses and philanthropic foundations.

An Oct. 30, 2019, memorandum of understanding gave committee members two main tasks. First, they are supposed to file a written report detailing the district’s academic and financial condition within 90 days — a deadline that passed more than two weeks ago. A diligent online search and follow-up requests for information have yet to turn up the report. Second, by the end of the March, the committee is supposed to produce a plan to fix the district’s problems, a plan that the State Treasury, Department of Education and local school board would all have to approve.

The process, eight months and counting, has yet to generate any plans that might improve student achievement in Benton Harbor, or suggest what happens if those plans don’t work. Yet the governor, in different parts of her proposed budget, seeks to further subsidize Benton Harbor and encourage other districts to create these committees.

First, the budget offers money for struggling districts to accept more state intervention, with no mention of what should happen if that intervention doesn’t help. Whitmer wants to make a $6 million pot of money meant for poorly achieving “partnership districts” available to districts that create a Benton Harbor-like committee.

Partnership districts receive extra attention from the Michigan Department of Education. The department set up the model nearly three years ago to give another chance to some of the state’s lowest-performing schools, which were under threat of closure. Early returns show modest short-term gains in some arrangements, though the partnership approach wasn’t able to solve the shortcomings in Benton Harbor. There’s no good reason to expect that forming a new committee will turn around a long-term trend and improve student learning.

Even so, the governor wants to provide districts with more foundation allowance dollars for setting up additional formal meetings with state officials. Her budget would change the way the state funds Benton Harbor and other districts that might also use the local committee approach. The amount of money they get from the state would be based on a three-year average of student enrollment, rather than the number enrolled in the past year. Right now, this three-year “membership blend” option only applies to small, rural districts where enrollment is falling. This tweak to funding a district delays the financial consequences of losing students, a trend facing most districts in Michigan.

The governor wants to set aside $6 million to expand the membership blend, enough to shield districts across the state from a loss of about 720 students, based on the per-student funding rate most districts receive. That’s likely far more students than what Benton Harbor would be eligible for. Right now, it’s the only district that could get this money, which raises the question of whether the administration is already planning to pursue the committee route in another troubled district.

Finally, under the budget proposal, a district with a community engagement advisory committee would be eligible to tap into $42 million in state money for extra preschool funding and $40 million in state support for “infrastructure upgrades.”

These various incentive don’t comprise a major piece of the more than $14 billion in proposed state school spending. But they do send a signal that troubled districts ought to have more conversations with state officials to remedy their problems. How that ultimately will help underserved students in Benton Harbor, or whatever district comes next, remains a mystery.