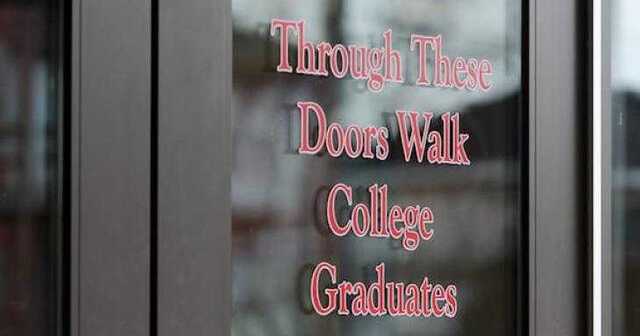 Midway through the summer months, the future of Benton Harbor schools seems as cloudy as ever. One potential solution for students in the troubled southwest Michigan district may come from not far down the road in Gary, Indiana, where an innovative and seemingly effective model has emerged.

Benton Harbor’s school board has rejected two separate proposals from Gov. Gretchen Whitmer to address its dire academic and fiscal situation. The first would have closed down Benton Harbor High School, while the second would have given the district one year’s reprieve to meet key benchmarks to avoid shutting down altogether.

A state takeover of Benton Harbor seems highly unlikely for Gov. Whitmer, who has been in negotiations with the local school board since it rejected her second offer in early July. “This has to be a partnership,” board member Patricia Rush said. Students in Benton Harbor might benefit from state and local government leaders expanding that partnership. The current program and structures have not worked well. Why not embrace a model that has found success elsewhere?

One model stands about 70 miles south and west across the state line, along Lake Michigan: the 21st Century Charter School in Gary, Indiana. The poverty and demographics of Gary closely match those of Benton Harbor. There, the Greater Educational Opportunities Foundation has built a new approach to bridging the gap for primarily low-income, African-American students to access college.

In 2010, the charter school launched a distinctive dual-enrollment program for all its students. With counseling, administrative support, tuition, textbook fees and transportation provided by the school, students take courses on college campuses to earn postsecondary credits. For years, students had to earn at least three college credits to graduate, but the school’s board recently increased the required minimum to 24.

21st Century Charter allows students to take courses from any of Gary’s four area colleges and places no limit on how many credits they can earn. Over the last five years, 239 departing seniors earned not only diplomas but also nearly 3,000 combined college credits by the time of graduation. During that time, 25 graduates have also left high school with an associate degree. And one remarkable student, Raven Osborne, completed a bachelor’s degree before her 2017 graduation from 21st Century Charter.

Replicating the model in Benton Harbor could make the lofty goal of early college attendance and credentials clearer and more attainable for students and families. A place like nearby Lake Michigan College could be a productive partner in this endeavor. Since the accelerated community college track may not work for everyone, offering similar access to industry certifications and other postsecondary training could also be part of the program.

While the logistics of accomplishing such a transition may seem daunting, it is also worthwhile to note that 21st Century Charter operates on significantly less spending per pupil than Benton Harbor.

The educational status quo has produced poor results for Benton Harbor. On state tests, only 3% of third graders read at grade level, while no one from the last five cohorts of high school juniors has met the college-ready benchmark on the state-mandated ACT or SAT. Meanwhile, the district is more than $18 million in debt and has seen enrollment decline for years.

Some have sought to blame Michigan’s Schools of Choice program, which gives families the option to enroll in conventional public schools across district lines. From 2009 to 2018, the number of Benton Harbor residents exercising this option or attending a charter school has increased by nearly 700.

But these programs are not the primary reason enrollment has dropped in Benton Harbor and made balancing the district’s budget extremely difficult. Families are voting with their feet and moving out at a faster rate than city residents are enrolling their children elsewhere. Most of the district’s enrollment drop over that nine-year span comes from the fact that there are almost 1,000 fewer school-age children living in Benton Harbor than there used to be. There’s not much state policy can do to stop that reality.

There’s no guarantee that adopting the 21st Century Charter’s distinctive dual enrollment model would fix Benton Harbor schools. But those most invested in improving the situation should be willing to think creatively and break the mold. An innovative and bold program like 21st Century Charter, or something similar, should be given serious consideration.