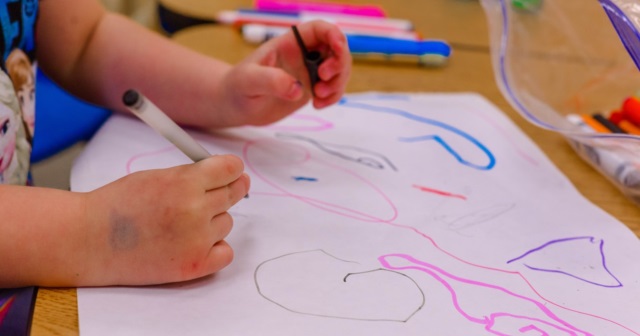 Doubling Down on Government Preschool

Less than two months after putting a prolonged budget debate to bed, Gov. Gretchen Whitmer has proposed a sizable school aid spending increase for next year. Once again, she seeks a large funding boost for preschool, but this time wants funds to create a separate, more restrictive program.

The existing Great Start Readiness Program delivers state tax dollars to provide pre-K learning for “educationally disadvantaged” 4-year-olds. At least 90% of the kids served must come from families who make below 250% of federal poverty level, which equates to $64,375 for a family of four. Available funds underwrite the equivalent of 32,000 full-time pupils.

Providers can be public or private, either for-profit or nonprofit, as long as they meet the state’s prescribed quality standards and offer or refer students to social welfare services. Funds are filtered through the state’s 56 intermediate school districts, which keep about 9% on average to pay for overhead.

In 2019, Gov. Whitmer sought an extra $84 million over the nearly $245 million then spent on Great Start. In the end, she and the Legislature agreed to a much smaller $5 million increase. Just like last year, Whitmer now wants to subsidize 5,000 additional kids with state tax dollars and significantly raise the funding level for each student. Her budget makes a nearly identical budget ask of $328 million.

There’s a critical difference in what she's asking for, though, one that takes an especially misguided and inefficient approach. The governor first wants more than $285 million (a $35 million increase) to serve the same number of Great Start participants at a rate of $8,336 each, up from $7,250 currently. But she also wants to set up and fund a new program that would provide only government-run preschool to 5,000 4-year-olds who live in select school districts.

The Expanded Preschool Access Program would target aid to youngsters living in two dozen different districts with high student poverty rates and low third grade reading test scores, though individual students could come from any socioeconomic background. In 2019, nearly 2,600 residents of these districts were enrolled in public preschool programs, about 5.5% of the statewide total. Her budget aims to nearly triple the number of 4-year-olds from these areas in government pre-K programs.

The $42 million she proposes to spend on the new program would go to the 11 ISDs covering the 24 eligible districts. ISDs provide the service directly, though also with the option to “contract with local governments.” No mention is made of any kind of private entity, or even charter school, as a possible pre-K provider.

In other words, Gov. Whitmer is doubling down on her request to increase state preschool subsidies. This despite the best evidence casting doubt on whether such programs provide any real long-term benefit. She also wants to pour extra pre-K money into a new program that gives participating families only one option: the government option. This approach would further privilege government agencies and employee unions, while crowding out private options that may serve some children and families better.

Michigan doesn’t need to spend significantly more tax dollars to provide quality pre-K education to the state’s poorest families. Instead of piling more on, the current program should be restructured to better accomplish that goal, more like a true voucher program as Indiana has done. Despite the added spending, Gov. Whitmer’s approach is unlikely to yield many benefits.