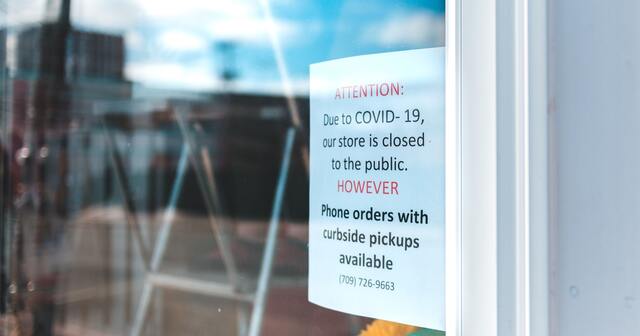 Pressure on tax revenues and the services the taxes pay for

Eventually the worldwide COVID-19 pandemic will run its course, and how long that takes will matter to the fiscal challenges Michigan’s state government will face. For example, the personal income tax is Michigan state government’s largest revenue source. Right now, it’s unclear how much the pandemic will cause state income tax collections to decrease as people stay home and lose earned income.

The state treasury will get some stability from unemployment benefits, which are subject to state income taxes. The federal government’s $600-per-week boost in these payments will thus have an inadvertent benefit of mitigating the state’s income tax losses.

Some parts of the state budget will be left unscathed from income tax decreases while others will be harder hit. A portion of income tax revenue — $468 million this year and $600 million next year — is dedicated to the transportation budget. Those amounts are etched into law, so they’re going to happen regardless of whether revenues decline. Another 27% of income tax revenue goes to conventional school districts and charter schools, with smaller amounts going to community colleges and state universities. Declines in revenue would mean less money for those institutions.

The bulk of income tax revenue, however, lacks other strings. Personal income taxes generate 65% of the state’s unrestricted general funds. This money gets spent for hundreds of different purposes, but the largest allocations are to prisons, Medicaid and state universities.

Prison spending won’t be affected immediately, though maybe they will need extra money for patient treatment and safety measures for corrections officers, given that inmates have been infected by the virus.

Higher education’s portion of the income tax is up to lawmakers. State universities may struggle, over the short term, to attract incoming students, or to get continuing students to keep paying tuition. But that doesn’t mean that state taxpayers need to fill in the gaps. Additional payments from state taxpayers in the past have done little to stop the cost increases at state universities, and even if they had, universities may seem like less of a priority than other demands on state resources right now.

As people lose their jobs or employers are unable to weather the shutdown, more of them may be eligible for Medicaid. The pandemic may also cause more people who were already eligible to apply for the program to do so. This will increase demands on state assistance currently paid for by personal income taxes.

The state should already be expecting enrollment in Medicaid to escalate, as it did during previous recessions. It will get some help from the federal government, as recent spending bills have increased the federal government’s share of Medicaid spending. But not all Medicaid services will benefit; the amount of federal matching funds will not increase for services given to the Medicaid expansion population, which is to say, people who were made eligible for Medicaid under the Affordable Care Act. So, the state faces another kind of uncertainty. Some of the increased demand for Medicaid-funded services will come from people who were eligible under the old rules. They state will be eligible for increased federal funds for these people. But the state will also be paying more for services for people who became eligible for Medicaid when state lawmakers loosened the rules, and there will be no additional federal money for those patients. Right now, it’s not clear how much each group will need in new services as a result of the new coronavirus.

Regardless of what happens with Medicaid, the pandemic will put pressure on both personal income tax revenues and the services that the taxes pay for. But it’s worth noting that decreases in state revenue, demands for more prison spending, and increases in Medicaid caseload will all be smaller if the pandemic passes quickly.

There are going to be additional strains on state finances as the governor intentionally shuts down sections of the economy to slow the spread of the COVID-19 coronavirus. The income tax is just one facet of it.