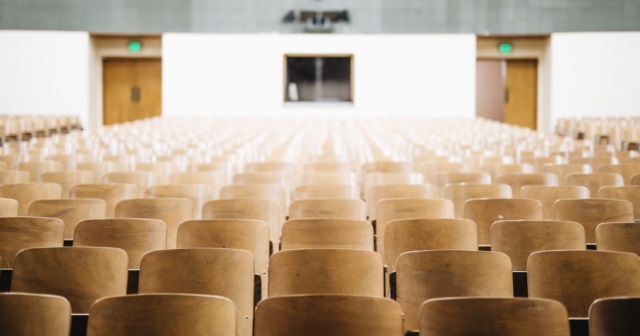 Michigan’s lawmakers decided that schools are more important than schooling when they announced that they’ve agreed on a school funding plan for next year. Many students and taxpayers are getting a raw deal.

Public schooling is the most expensive service provided by Michigan’s state and local governments. It’s a big task to educate the 1.6 million school-age children and young adults in the state, 90% of whom attend a tax-funded district or charter school. Of the $42 billion in state and local taxes collected in Michigan, more than 40% goes to K-12 education.

All this tax money goes to public schools to educate the students who enroll in them. We give money to districts to pay for schooling. But this academic year, schooling might not happen within district walls. The COVID-19 pandemic casts doubt on whether and when schools will open for classroom instruction during 2020-21.

Whether it’s safe to open schools — and whether they will, in fact, open — is a difficult question, one thus far left to local leaders to decide. Gov. Gretchen Whitmer, who exercises unilateral authority over all pandemic-related policies, says that only districts located in regions labeled “phase 4” or higher in her reopening plan may provide in-person instruction, provided certain health and hygiene measures are followed. What determines which phase a region of the state falls into, the governor has not disclosed.

It's possible that some school officials won’t listen to her. A number have gone rogue on other state rules. Some districts have announced that schools will open, and others have said that they will not. All have plans to offer remote learning, while far fewer are giving families in-person options.

The question of whether to open for in-person learning is a significant one. School officials should be providing the kind of schooling that meets the needs of parents in the pandemic. Lawmakers already have a funding mechanism that makes parents a primary concern for school officials: The bulk of education funding is tied to enrollment, so districts that do not offer families attractive options have a lot to lose. If a district doesn’t offer parents the in-person (or effective virtual) option they want, they can shop around. They need not limit themselves to the school district where they live; the vast majority of districts accept at least some students who transfer in from neighboring areas. At least that’s the way it would have been under past funding practices.

But newly adopted state legislation puts the demands of education institutions ahead of student learning. Under an agreement between Republican legislators and the Democratic governor, districts are guaranteed 75% of what they received last year for their foundation allowance, their single-largest sum of money. This year’s student count will only determine 25% of their foundation allowance funding.

This strongly discourages districts from welcoming transfer students, as they would only get one-fourth of the funding they would ordinarily receive for new students. Parents whose children could find in-person learning only by enrolling in a different district might find their children shut out of its schools.

This could be the case for families in Saginaw, whose district announced on Monday its intent to change plans to fully remote learning to start the school year. Parents who had chosen Saginaw’s in-person option because they were dissatisfied with the district’s virtual offerings in the spring will now find it extremely challenging, if not impossible, to enroll at another public school. The Legislature’s new agreement effectively slams the door on many families.

Meanwhile, the agreement requires that teachers interact with only 75% of currently enrolled students to ensure a district’s full funding — and even then, their contact need be only occasional. The students who are hardest to reach and keep interested in schoolwork, who are youth most at-risk, will be relatively easy to ignore. While this funding adjustment is only approved for the 2020-21 school year, its skewed incentives will likely push many more kids to drop out. Once they disconnect, the education system could have a hard time enticing them back.

In normal times, the funding system means that districts that do not offer parents the services they want will lose a significant amount of their funding. The new law gives the system a one-year pass from most of the pain it would feel if parents opt out of districts or charter schools altogether.

The deal also sides with schools over schooling by leaving the parents who opt out of public schools this year unsupported. Many parents have expressed an interest in homeschooling or in pooling funds to hire their own teachers, in a sort of modern version of the one-room schoolhouse. Having students attend a small classroom is on the wish list of most teachers unions, and it’s also a way to limit potential exposure to the novel coronavirus and other diseases. But parents who choose this path will get no help from lawmakers this under this deal, without further amendment to the school aid budget.

It is the state government’s job to do what it can bring about an educated public. When public schools cannot do the job, lawmakers must support parents as they chose what options are best for their children. For this year at least, state officials have failed to side with the value of schooling over the institutional interests of schools.