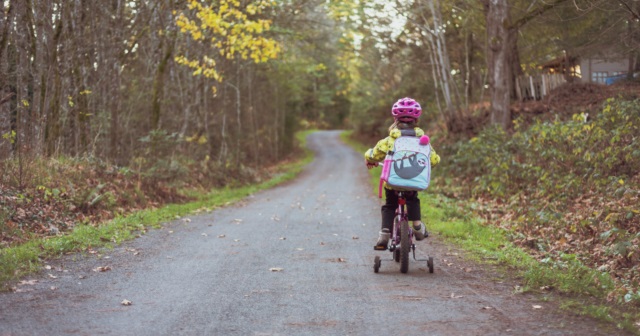 Most parents of Michigan’s 1.7 million school-age children still don’t know how or where their children will be educated next school year, which is only a month away. They’d like some answers soon, as many may have to substantially flex or change their way of life to make it all work.

The uncertainty the COVID-19 crisis has created makes it difficult to plan ahead, but the matter is made worse because it is not clear who is in charge of these decisions. Gov. Gretchen Whitmer, the Michigan Legislature and local school boards all seem to believe they have authority to make decisions about how schools will operate next year.

The Michigan Constitution is clear about who controls Michigan public schools: “The legislature shall maintain and support a system of free public elementary and secondary schools as defined by law.” As a result, nearly all the current policies guiding how public schools operate are created through the normal law-making activity of the Legislature.

Members of the Michigan Legislature introduced a package of bills on June 23 that would guide schools reopening in the fall. The legislation largely leaves it up to local school districts to decide how they want to operate in the fall — in-person, virtual or a hybrid of the two. It also creates a method for districts to get full funding for students enrolled virtually, as Michigan’s current law, with few exceptions, bases funding on “seat-time” — how many pupils are physically present at a school. The bill package passed the House and is currently being considered by the Senate.

But that legislative proposal will almost certainly be vetoed by the governor, who has her own plan for schools, released June 30. It says in-person instruction is only allowed in districts located in an area the governor deems to be in “phase 4” of her coronavirus response policy. The plan includes “required protocols” that “must be implemented by all Michigan schools that serve students in grades preK-12,” and includes mandates about use of buildings, extracurricular activities, food service, transportation and cleaning.

In addition, the governor is also setting policy for schools through executive orders. These orders require all schools to follow the workplace safeguards defined in other executive orders and to develop a plan for operating in-person, virtual or hybrid. These plans are not due until August 15 — hardly providing enough time for parents to adjust their schedules. If schools do not create plans, they are not allowed to offer in-person instruction, according to the governor’s executive order.

Gov. Whitmer seems to believe that as long as she maintains a declared state of emergency, she can unilaterally set policies for school districts next year. But her plan is missing many details and is inconsistent with her other directives. For instance, her school plan provides no details on how districts will get funded if they are forced to or chose to be virtual next year. It also conflicts with the governor’s “MI Safe Start Plan.” That plan says live K-12 instruction can only be offered in phase 5, but the education plan says it can be offered in phase 4.

Local school boards, of course, also play a fundamental role in governing public schools. Michigan law delegates most day-to-day operations of schools to these boards. A handful of school boards have announced their plans to be fully virtual for the start of the school year, suggesting that they believe this decision is theirs to make.

Announcing what the plan is for the start of the school year helps parents, but it is also risky. Michigan’s school funding mechanism is based on how many students attend school in-person, which means these districts are risking not meeting its requirements by having students enrolled full-time online. Districts face many other requirements, dealing with seat-time and hours of instruction, and they risk violating these as well. Local school officials may hope to avoid punishment given the circumstances but cannot know for certain without a change in official state policy.

What are parents to make of all this? If they want to influence these decisions that will affect their daily lives, should they contact their local school board, state representative, or the governor? Who is in charge of Michigan’s public schools, exactly? Unless something changes, parents aren’t likely to get an answer before September.