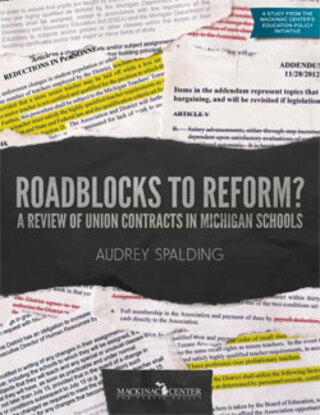 Roadblocks to Reform?: A Review of Union Contracts in Michigan Schools

This study includes further examples and lists of districts that kept the prohibited language in their contracts. As a solution, penalties could be added to the collective bargaining reform laws in order to encourage district compliance.