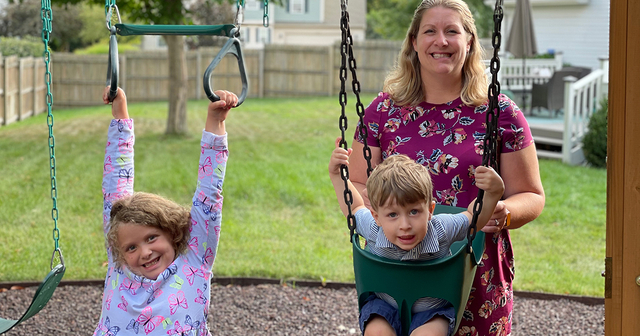 Families are fighting back with a federal lawsuit

Editor's Note: This article was first published in The Detroit News on Sept. 29, 2021.

The COVID era of remote instruction left many young people lonely and isolated, inflicting extra grief as many students lost motivation to learn. Reopened school buildings helped improve their outlook and offered hope of catching up academically and rebuilding relationships. But students and schools still face choppy waters, navigating conflicts over masks and other pandemic-related protocols.

Through it all, Michigan families have found themselves on an island of their own, separated from needed educational opportunities, even as they try to keep their children connected with teachers and friends. And when their local schools let them down, they sacrificed to find new healthy and helpful learning environments for their students.

With help from the Mackinac Center Legal Foundation, some of those families have come forward with a federal lawsuit. If successful, their case will tear down a 50-year-old barrier that has denied education opportunities, not only to their children, but also to thousands of others across Michigan.

The stringent text of the state constitution — specifically, Article VIII, Section 2 — prohibits tax dollars or benefits from supporting a parent’s decision to enroll their child in a religious or other private school.

Interestingly, the immediately preceding section in the constitution highlights one of the state’s goals, which ever more families pursue in frustration: “Religion, morality and knowledge being necessary to good government and the happiness of mankind, schools and the means of education shall forever be encouraged.”

The language is borrowed from the Northwest Ordinance of 1787, which set up much of the Midwest as free territories. The other states in that region — Ohio, Indiana, Wisconsin and even Illinois — have expanded students’ access to effective schools, respecting parental choices of different religious or independent schools.

But Michigan families who need options have been walled off from the tide of education freedom rising around the Great Lakes and beyond. This year alone, the likes of West Virginia, Kentucky and Missouri have listened to families and offered them even more flexibility to spend education dollars to help their children find places to learn and thrive.

This amazing year of education choice has seen 18 states create or expand private education options, fueled in part by the U.S. Supreme Court’s landmark Espinoza ruling. The judicial majority said that students could not be denied an available public scholarship benefit just because their family chose a religious school.

That effectively struck down Blaine amendments, relics of 19th century anti-Catholic bigotry, in dozens of states. But because of Michigan’s subtly crafted language, the Espinoza ruling didn’t touch our law.

A case the high court will hear in the upcoming term, Carson v. Makin, could further prevent government officials from practicing religious discrimination in K-12 public scholarship programs. But even a victory in that case would not be enough to demolish Michigan’s barrier.

While the language of the 1970 constitutional amendment was neutral toward religion, the rhetoric of its supporters was certainly not. Over 90% of private school students at the time attended religious, and mostly Catholic, schools. Amendment supporters styled their campaign against “parochiaid,” a direct attack against the Catholic Church.

Supporters repeatedly accused opposing politicians of wooing the Catholic vote, and campaign leaders urged Protestant and Jewish clergy to sermonize on their issue’s behalf the weekend before the November election.

Because they successfully persuaded voters then, Michigan students and parents today need the courts to weigh in to set things right. A 2017 change to federal law allows families to use tax-exempt 529 college savings plans to fund K-12 tuition. And state law gives owners of the Michigan Education Savings Program 529 plan a tax deduction if they use it to pay for qualified expenses.

But Michigan’s onerous constitutional provision penalizes the use of 529 funds at a private or religious school, though not at one of the state’s exclusive districts.

Birmingham Public Schools, for example, charges more than $12,000 for a nonresident student to enroll, and a family can pay with its 529 plan. The same family could also use its plan to help cover tuition and fees at a religious college, but not at a religious high school.

This narrow point of clear discrimination harms families who have endured COVID-related education struggles. The pandemic revealed more clearly the K-12 system’s struggle to serve the diverse needs of students and respect parents as full partners in their children’s education.

Another legal victory could rescue Michigan families from the island of remote learning and set them free to pursue a better education.