In 1970, Michigan adopted a discriminatory provision to its constitution that prevents private schools and their students from receiving any form of public aid. The Mackinac Center Legal Foundation filed suit on Sept. 23 against the state of Michigan on behalf of five families who want to provide the best education possible for their children by using a federally administered 529 education saving account to pay for private K-12 tuition.

COVID-19 and policies enacted in response to the pandemic have set back learning for many students and frustrated many parents. Public K-12 funding sources have been heavily padded by federal relief dollars and a record-breaking state budget, but Michigan families have been left without support to pursue education options outside of the conventional public school system.

The Michigan Constitution proclaims that “schools and the means of education shall be forever encouraged.” But in 1970, the constitution was modified and Article VIII, Section 2 was added. This section was designed to prohibit any public aid to families who choose private education, and it has prevented parents across the state from being able to afford the education of their choice for their child.

State officials have used this amendment to deny families the full benefit of a provision in the 2017 federal Tax Cut and Jobs Act. This law extends tax benefits to families using 529 education savings accounts for private K-12 tuition. The text of Michigan law recognizes the federal definition of qualified 529 expenses, which includes K-12 tuition. However, the state constitution unfairly denies the tax benefit for families paying for private school tuition, yet allows these funds to be used by families who transfer students across district lines and pay for public school Tuition Enrollment Programs.

On Sept. 23, the Mackinac Center Legal Foundation launched a lawsuit against the state of Michigan on behalf of five Michigan families who wish to use their Michigan 529 accounts to fund their children’s private education. More information on each of the families can be found below.

The Mackinac Center Legal Foundation’s case relies on four legal arguments. First, Michigan’s constitution violates the free exercise clause of the United States Constitution, despite its seeming neutrality. A litany of historical evidence demonstrates the substantial anti-religious animus behind the 1970 adoption of the “anti-parochiaid” amendment. Parents denied this tax benefit are being unfairly discriminated against because this denial is based on their religious practice of enrolling their children in a private school.

Second, by allowing Michigan parents to use 529 education savings accounts at school districts that charge tuition for interdistrict transfers, but not at private schools, it creates an unfair barrier for parents based on religion.

Third, private secular schools are able to reorganize as charter schools and receive public funds, but private religious schools cannot do the same without sacrificing their core values, beliefs and practices.

Finally, Michigan’s constitution burdens a religious minority with a legal disadvantage in order to obtain an educational benefit that others enjoy, whereas secular institutions are not being discriminated against. 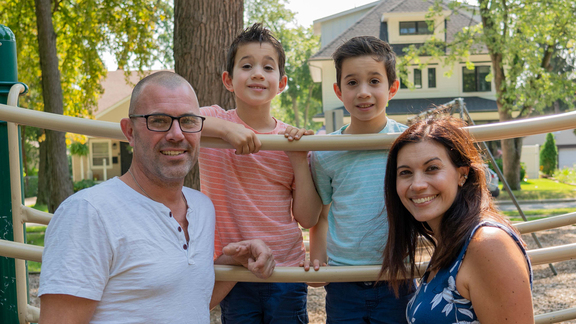 “To have the option to choose schools would be life changing. For everyone, not just us.”

Located in Royal Oak, Jessie and Ryan Bagos live with their twin sons who entered kindergarten during the 2020-21 school year, in the middle of the COVID-19 pandemic. Unable to access other education options, Jessie and Ryan were forced to enroll their children to the local public school, which did not offer in-person schooling until the end of the 2020-2021 school year.

Though they knew a private Christian school would be a better fit for their family, Jessie and Ryan had other financial ties and could not afford to send their children to the school they knew would be best for them. Nor could they afford to leave the district and move to one that might have better suited their children’s needs. This led to both parents growing frustrated with their school system and feeling like they and their children were being held hostage in a district that wasn’t a good match.

Being able to use a 529 savings plan would be a game changer for the Bagos family and would allow them to have a choice on where to send their children by bringing private schools into the equation. 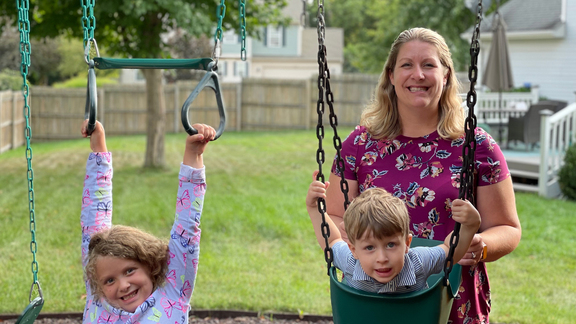 “Education is education and it should be the parents’ opportunity and choice to explore other options for their kids that maybe they didn’t think were feasible. Hopefully this lawsuit can help with that”

Jill Hile is employed by an intermediate school district as a speech-language pathologist. She lives in Kalamazoo with her husband Joe and their two children. When the COVID-19 pandemic hit in 2020, Jill and Joe noticed that virtual learning was not a good match for their family. With both parents working from home and their oldest child in kindergarten, the Hiles agreed that the benefits for their family of staying in public school were getting smaller every day. They decided to look into the nearby Christian school and decided to make the switch for the 2021-22 school year.

The change in their daughter’s education was immediate. Her new school offers in-person education, while still taking CDC guidelines seriously and being transparent about COVID-19 protocol throughout the summer and the beginning of the school year. They even updated the HVAC system in the building to ensure better airflow to prevent the spread of COVID-19. In-person education allowed for their daughter to have a more supervised education, where she could learn the “rules” of school, like sitting at a desk and how to hold a pencil, in a room of her peers.

While this change was a clear benefit to the Hile family, it didn’t come without its costs. The new Christian school is expensive and enrolling in a private school takes away their daughter’s opportunity to earn money towards the Kalamazoo Promise, a scholarship for college attendees who attend public school in the city. Being able to use funds from a 529 education savings plan could change the game for this family and allow them to keep their daughter at a school that better suits her needs. 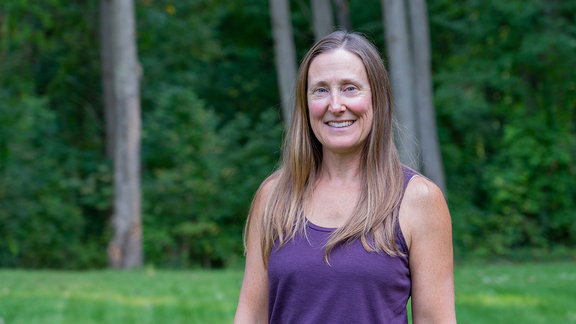 “Competition makes everything better. By having education choices for my kids, I can make sure they’re getting the best instruction possible”

Samantha Jacokes and her husband Phillip live in Milford with their two high-school-aged sons. They attended the local public school from kindergarten up until the COVID-19 pandemic hit in 2020. When schools began to transition to virtual and hybrid learning methods, the Jacokes’s realized that their sons’ education was quickly declining.

For the 2020-21 school year, their sons were in and out of virtual schooling and even when classes were held in person, the quality of the instruction was not even close to where it had been before the pandemic. At one point, the school was only mandating one day of instruction a week, with the rest of the week devoted to home study or in-person assessment days.

The final straw came when the district announced that final exams would only count towards students’ final grade if they performed better on the exam than they had performed in the class. That’s when Samantha and Phillip began to look for other options for their younger son, who would be entering high school for the 2021-22 school year. While they found a private school that met their needs, and that their son is now excelling in, funds are tight as the family now has to budget around paying private school tuition. Having access to a 529 savings plan would greatly increase their quality of life. 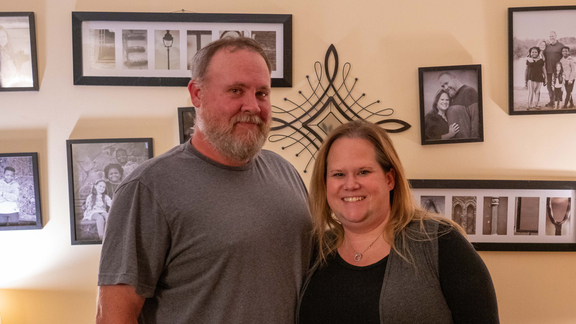 “By bringing light to this issue, we can let parents know that there are other options out there for their kids, and that’s the most important thing.”

Nicole and Jason Leitch moved to Charlotte five years ago with their three children so they could attend the Grand Ledge School District. Alumni of the district themselves, they were excited to give their children the same opportunities they had.

Unfortunately, their issues with the district began almost as soon as their oldest son, now nine, entered kindergarten. Nicole and Jason felt that the district did not have a good understanding of child development as they would hint that their son was underperforming due to his inability to sit still for eight hours a day, despite him easily keeping up with state academic benchmarks. These concerns continued with their second child, with Nicole and Jason being told that because their daughter had cried on the first day of school, the district was concerned she was too emotional to start her schooling.

The COVID-19 pandemic only made things worse. While Nicole is fully aware of the seriousness of the pandemic, but grew frustrated with the school’s handling of mandates. In-person schooling would change to virtual learning with little to no warning or explanation, and even when classes were “in-person,” Nicole and Jason learned that had a new meaning. Rather than have traditional instruction by a teacher in the classroom, students sat at their desks and could only interact virtually with their teachers, who remained at home.

For the 2021-22 school year, Nicole and Jason made the switch to a local Christian school to help their kids get back on track. While this change was much needed and so far proved a success, Nicole and Jason realized that had it not been for the COVID-19 pandemic, they may have just continued to suffer in their public school due to the cost of tuition required for all three of their children. 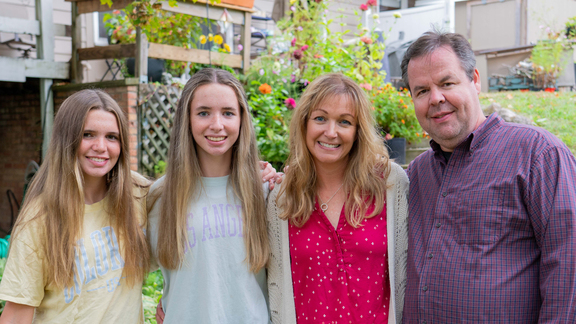 “What I’ve discovered over the past year is that there’s a lot of standing up that needs to be done. Especially for our kids.”

Michelle and George Lupanoff live in Grand Rapids, where they are the proud parents of a young adult son and twin daughters who are both in high school. Their oldest son, now 21, attended the local public school from kindergarten through 12th grade without much incident. At the time Michelle and George had some concerns regarding curriculum changes that were being implemented, but because they could not afford the tuition of the local private school, they had no choice but to continue to send their son to the public school.

Things changed, however, by the time their twin daughters entered junior high. The curriculum had grown to be such an affront to their personal values that Michelle and other parents started a parent group to help the school board see how concerning the curriculum was becoming. At one board meeting, members of the parent group read passages from explicit books that had made their way into the curriculum. Though the superintendent stated that he would not want his own child reading the books, he said there was nothing to be done and that it is a parent's responsibility to monitor what their children read.

Michelle and George’s daughters shared their parents concerns and slowly became uncomfortable with what they were being taught and how it was being presented. The family made the tough decision to pull their children out of the public school and place them in a local Christian school, deciding that the value of retaining their morals standards outweighed the cost of tuition. Access to a 529 savings plan would greatly ease the burden of having not one but two children in a private Christian school and would also allow parents around the state to do the same.