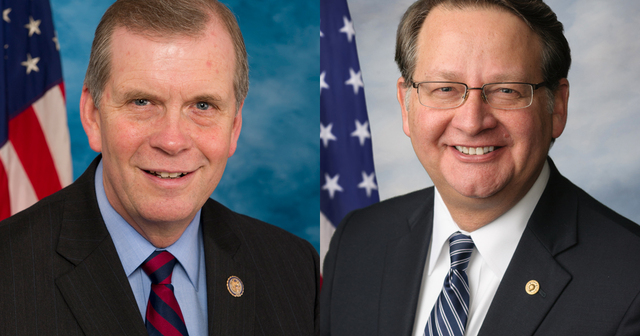 Occupational licensing laws are a growing and significant barrier to gainful employment, affecting more than one out of every five workers in Michigan. A bipartisan group of U.S. representatives and senators is proposing a reform that would take a look at these regulations.

The research on this issue strongly suggests that licensing rules are largely arbitrary and do more harm than good, costing jobs and raising prices without adding real protection for consumers. But once an industry is licensed — everyone from painters to milk testers to barbers to real estate agents is licensed these days — it becomes nearly impossible to roll back the rules. That’s because a licensing requirement creates a protected interest group that lobbies hard to keep the rules in place to protect its industry from additional competition.

A new bipartisan, bicameral bill in Congress would work toward taking a more rational look at licensing rules across the nation. In a press release, Rep. Tim Walberg of Michigan’s 7th District says the bill would “give state governments tools to help initiate reforms to ensure bureaucratic requirements are not creating unnecessary barriers for those seeking to enter the workforce.” It hopes to achieve this by freeing up some money the federal government sends to states for career and technical education. Under the bill, governors could use that money to pay for the “identification, consolidation, or elimination of licenses or certifications which pose an unnecessary barrier to entry for aspiring workers and provide limited consumer protection.”

Walberg, a Republican co-sponsor of the bill in the U.S. House, added, “The web of occupational licensing requirements are some of the most burdensome obstacles for aspiring workers and entrepreneurs. Too often,” he continued, “the scope and complexity of these regulations go beyond their intended purpose and place unnecessary barriers on individuals trying to use their skills to earn a paycheck or grow a small business. This bipartisan, bicameral bill gives states additional tools to implement reforms that reduce excessive licensing requirements and boost opportunities for job creation.”

Democratic Sen. Gary Peters, also of Michigan, is a co-sponsor of a companion bill in the U.S. Senate. He said, “Too many Americans are unable to obtain jobs because of the excessive hurdles to gain a required license. This bipartisan legislation will give states the flexibility to streamline the licensing process and reduce the barriers to good-paying jobs that enable workers to provide for their families, send their kids to school and save for retirement.”

Licensing has a large and mostly negative effect in Michigan. A report from Morris Kleiner of the University of Minnesota finds that Michigan’s licensing regulations cost the state as many as 125,000 jobs and increase prices by an estimated $2,700 per family.

Michigan has already made some progress in rolling back needless regulations, but the state needs to do more. Even if Congress fails to pass this bill and give states an extra incentive to reform occupational licensing laws, policymakers in Michigan government should continue their work to remove or reduce the barriers to gainful employment.