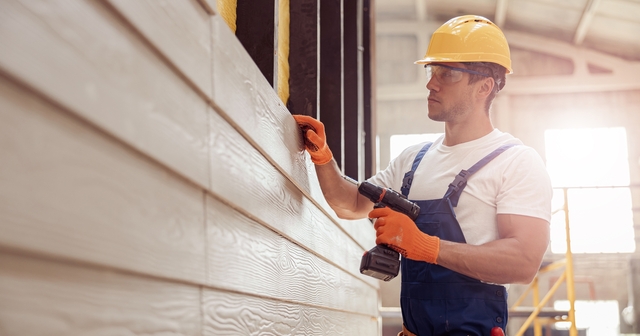 Michigan’s southern neighbor, Ohio, is on the verge of passing a nearly universal licensing law. Companion bills that recently passed both the Ohio House and Senate would have Ohio recognize occupational licenses from other states for nearly all of Ohio’s licensed occupations, lessening the regulatory burdens on someone moving into the state who already possesses a license for a given occupation.

If they can do it, why not Michigan?

Here’s how it works: If a person seeking a license in Ohio has held a substantially similar license in good standing from another state for at least one year, he or she can get a license by filling out the necessary application and paying licensing fees. This recognition allows applicants to bypass what could otherwise be a lengthy, duplicative, and costly process of obtaining education, experience, and exam scores for a field in which they are already licensed.

Greg Lawson, in a statement for The Buckeye Institute, an Ohio free market think tank, said that the bills would “make Ohio a more welcoming state for new residents and ensure new Ohioans can quickly fill vacancies in areas where Ohio is in desperate need of qualified workers.”

If the bills become law, Ohio would join a growing number of states that have enacted universal licensing recognition laws. According to a Council of State Governments report, at least 18 states have enacted such laws since 2018. Arizona’s law, the first of its kind, went into effect in 2019. The law is even less restrictive than Ohio’s, only requiring that applicants be licensed in good standing in their own state for one year, pay applicable Arizona fees, and meet state-specific residency, testing, and background check requirements. That law also takes into account people who have experience in different jobs. In just two years, more than 4,000 people obtained licenses under the law.

Michigan, however, is not on the list of states with a universal licensing recognition law – although a small but growing number of individual licensing bodies within Michigan allow licensure by endorsement, or recognition of licenses held in other states. Since 2017, at least 32 Michigan licenses can be granted by endorsement, including licenses for barbers, chiropractors, nurses, and residential (but not general) real estate appraisers. While some of the requirements are far more stringent than in Ohio or Arizona (a candidate for doctoral licensure by endorsement is required to have held his or her license for at least ten years, or provide additional documentation), it is still a move in the right direction.

But the vast majority of Michigan occupational licenses have no reciprocity provision. For some licenses, this may be the case because few or no other states require licenses for occupations such as potato dealer, airport manager, butter grader, or registered forester. For other licenses, though, there appears to be no good reason not to grant reciprocity for licenses that exist in many other states.

Why should occupational therapists be eligible for licensure by endorsement, but not physical therapists? Car repairs are not done that differently in Indiana or Ohio, but a licensed mechanic from one of those states is out of luck if he or she wants to bypass Michigan’s required training and tests. Siding will be put on a house the same way in Montana or Maine, but in Michigan, someone with a license and even decades of experience would still need to attend sixty hours of training and pass a test in order to hang siding legally.

Michigan should be encouraging people to move here – not discouraging skilled workers. To eliminate unnecessary, duplicative, and burdensome requirements for people who are already qualified for a job, Michigan should join a growing number of states and adopt universal licensing recognition. It would increase the attractiveness of the state for the many people who work in a licensed field and are looking to move, and it would make it easier for employers to find workers where there is a shortage of qualified applicants within the state. If not, Michigan may lose jobs to states like Ohio that make the process easier.