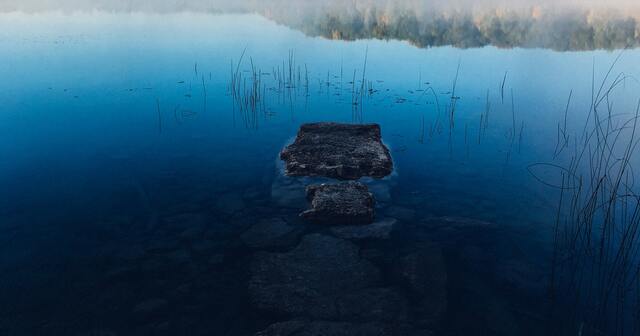 Michigan Attorney General Dana Nessel has withdrawn Michigan as a plaintiff in a case that opposes a federal rule known as Waters of the United States, or WOTUS. Issued by the EPA and Army Corps of Engineers, the rule had attempted to define what bodies of water are subject to federal jurisdiction under the Clean Water Act. Twenty eight states, including Michigan, challenged the 2015 rule in federal district courts, which have issued various interpretations of the rule’s constitutionality. The plaintiff states argue that the rule violates the Clean Water Act, the Administrative Procedure Act, the U.S. Constitution and states’ control, protection and care of intrastate waters and lands.

Nessel explained why she took Michigan out of the lawsuit, in a March 15 press release: “While Michigan has protective regulations in place, this lawsuit sought to weaken the federal law which establishes minimum nationwide standards for protecting our shared water resources, including the Great Lakes. This was a compelling reason for us to withdraw.”

Nessel’s predecessor, Bill Schuette, had joined the suit in an attempt to block the rule, which greatly expanded the definition of what bodies of water fall under federal regulations. Farmers, developers and landowners are among the groups most likely to say they are harmed by it.

Laura Campbell, manager of the agricultural ecology department of the Michigan Farm Bureau argued against it, saying, “We opposed the 2015 Waters of the U.S. rule, because that rule not only extended federal regulation into what should be managed by states, [but] it was also very unclear about what is regulated and what is not.” Campbell continued, “This is an important distinction, because violation of the Clean Water Act carries criminal penalties.”

Campbell also added that the farm bureau is concerned that Michigan’s withdrawal from the lawsuit will add to legal confusion at the national level. Some states fall under the rule, but others do not, due to injunctions from several federal district judges. “Michigan’s withdrawal from this suit could mean that whatever decision the judge makes would not apply to Michigan, and will therefore leave us in legal limbo until the new rule is finalized at the federal level. We do not feel this move will better protect Michigan’s waters, but will instead leave us in a state of uncertainty until the federal regulation is settled.”

The Army Corps and EPA adopted the rule in 2015 in an attempt to clarify the federal Clean Water Act. The states that seek to block it said that the rule gives the federal government too much control over state water resources. They also said that its ambiguous language about what legally constitutes a waterway makes arbitrary enforcement of the law more likely.

According to the Mackinac Center’s Vice President for Legal Affairs Patrick J. Wright, the rule resulted from a Supreme Court case in which the Mackinac Center was deeply involved – Rapanos v. U.S., which was decided in 2006. Rapanos was a Michigan resident who endured more than a decade of civil litigation and criminal prosecution after he filled in wet areas on land he intended to develop. Regulators had asserted that the wet areas were “waters of the United States,” and thus subject to certain regulations, even though the nearest navigable water was between 11 and 20 miles away.

In an unusual 4-1-4 ruling — effectively a 5-4 ruling in favor of Rapanos, with Justice Kennedy writing a separate but concurring opinion — the justices voided the judgments against him. But since the justices did not come to a majority opinion on how to determine what constituted “navigable waters,” they sent the dispute back to lower courts. The EPA now says that it enforces the rule in 22 states, including Michigan.