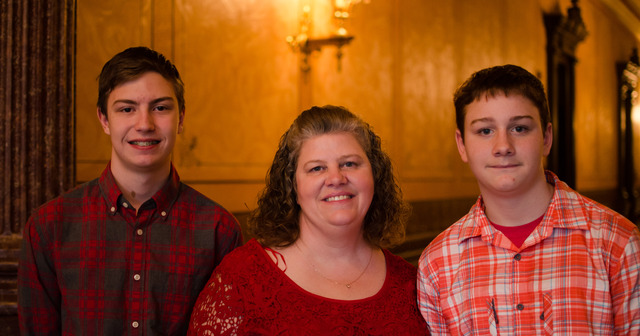 Policy based on bad data, double standards would hurt families

One way to attack an education option that works for families is to be selective about data and your own standards.

In her Labor Voices column in The Detroit News, Paula Herbart, the new Michigan Education Association president, labels the state’s online charter schools a “spectacular failure” and calls for lawmakers to “end the experiment.”

The union leader’s prescription to shut down all cyberschools would hurt real families. A cyberschool proved to be a lifesaver for the Smith family in DeWitt, providing them needed stability and flexibility to overcome a significant tragedy and ongoing medical challenges.

Aley Minton used to be a skeptic of educational choice, until dire circumstances drove her to enroll her two sons in a cyberschool. The St. Clair County family’s old brick-and-mortar school left them in a difficult place by not adapting to their children’s individual learning and physical needs. “Our family chose to utilize school choice because our youngest son is epileptic and our oldest son is dyslexic,” Minton said, noting how one son was struggling academically while the timing and intensity of the other’s seizures could make it difficult for him to function during regular school hours.

In their sixth year at Michigan Connections Academy, the Minton boys are making great strides with the freedom and support they have found. “When we first started (virtual learning) our oldest son was on a second-grade level in the fifth grade,” their mom added. “He is now on grade level, being successful and both of their needs are being met.”

Real-life success stories provide only part of the picture. The MEA president’s strident case simply isn’t supported by the data. While there’s been little quality research on how well students learn in cyberschools, she failed to mention the most applicable finding.

First, Herbart cited a Rand Corporation study of Ohio, which found that lowest-achieving students tend to struggle even more when they transfer to a program, operated by a charter school, that primarily takes place over the internet. Second, she highlighted a criticism from a 2015 Online Charter School Study by CREDO, a research institute based at Stanford University.

Yet Herbart neglected to mention that our state’s results bucked the trend. CREDO said Michigan cyberschool students showed small gains, though the findings were not statistically significant. In other words, Michigan cyberschools probably perform just as well as other types of schools, if not slightly better.

“More funding for me but not for thee” is not her only double standard. To bolster her case to shut down cyberschools, the MEA president singles out Michigan Virtual Academy for finishing below 97 percent of all public schools on the state’s Top-to-Bottom rankings. But these rankings say more about a school’s demographics than its performance. On the Mackinac Center’s recent High School Context and Performance Report Card, the academy achieved about as well as expected given its rate of student poverty.

And when it comes to shutting down conventional schools that perform badly on the state rankings, the MEA has had a different message. It has opposed efforts to close persistently underperforming public schools, saying they can’t be blamed for poor performance because their students are poor.

Should schools be judged by their performance, after taking the rate of student poverty into account? That’s the question facing the state’s largest teachers union. It should opt for consistency and abandon its unfounded attack on alternative education models.