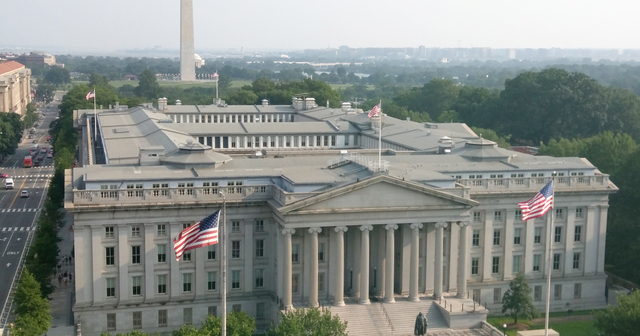 The Mackinac Center for Public Policy has been opposed to federal bailouts for many years and has weighed in against them during the presidencies of George W. Bush, Barack Obama, Donald Trump and now Joseph Biden. On Monday, we signed on to a coalition letter sent to Treasury Secretary Janet Yellen over our concern with state and local bailout dollars and the strings attached to them.

We are concerned that, if broadly implemented, the Act will in fact undermine state sovereignty by handing over to the federal government the states’ sovereign right to create state budgets, tax structures, and taxation levels that are accountable to their citizens.

The legislation very clearly prohibits the use of such funds for tax cuts or rebates. It also prevents state and local units from paying down pension obligations.

This letter is not the only one to Treasury Secretary Yellen in search of greater clarity. Key members of Congress penned their own letter on March 17. They wrote that they were “especially concerned” about the restriction on states that prevent recipients of the American Rescue Plan Act’s cash distributions from doing anything that would “reduce net revenue.”

Along with these broad concerns, the letter signatories included 12 questions for the secretary about how certain state policy decisions, such as not implementing a previously scheduled gas tax increase, would be treated under the new federal law.

Federal bailouts and stimulus payments to state and local units of government can do more harm than good. We have opposed previous bailouts for that reason. We don’t believe the most recent one is a positive step, but the damage it might do could be reduced if state lawmakers were provided with more clarity, and with more freedom to use these federal dollars in ways that make a state’s business climate and fiscal picture stronger.