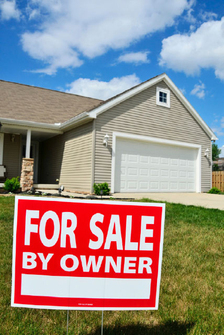 The rushed vote by Congress for a Wall Street bailout will not solve the mortgage crisis Congress created in the first place.

Prudent workers, taxpayers and American firms got the bum's rush last month from panicked politicians who were just weeks away from a national election of extraordinary significance. The federal intervention on Wall Street (the "trillion dollar bailout") was the antithesis of what the competitive markets of capitalism would permit.

The problem is not the fundamental well-being of our economic system. As of midyear, the U.S. economy was still running between 2 and 3 percent above 2007 levels, even discounting inflation. The national unemployment rate was 6.1 percent, not the 35 percent of the Depression era. The stock market remained higher than the levels of four years earlier.

Very clearly, Washington does not want you to remember the four ways they have brought us to this unfortunate moment.

No, the problem lies with the bursting of the residential housing bubble that developed in the wake of exceptionally easy monetary policies conducted by the Federal Reserve from 2003 to 2006. As an axiom teaches, "Loose money policies create tight credit conditions." In this case, the tight credit situation — where banks fear lending and markets no longer supply bonds or equity capital — resulted from the collapse of the housing bubble and suicidal regulatory mandates.

Yet, in order to cover their corrupting decisions and complaisance, Washington's major mouthpieces, from former Federal Reserve Chairman Alan Greenspan and Treasury Secretary Hank Paulson to Senate Banking Chairman Chris Dodd and presidential candidates Barack Obama and John McCain, told us that unless we trusted them with a new round of our scarce resources, the U.S. economic system would collapse.

When you clear the odor and palaver, what you see is a bare-knuckled proposal to further centralize federal control over the marketplace of investments and savings. It is not simply a matter of taxing the rich and redistributing to the poor. It represents an institutionalization of bad and immoral behavior. Why?

If I take an interest-only loan with the bet that my new mortgage will pay for itself as home prices escalate, then it leaves me free to spend, not save, on other things. When housing prices go south, however, I can walk away as if my payments were just rentals and the lender gets back a depreciated asset. Why reward this kind of behavior, from either the lender or the borrower?

Very clearly, Washington does not want you to remember the four ways they have brought us to this unfortunate moment. Let's review.

CRA - The Community Reinvestment Act (passed in 1977 during the Carter Administration) compelled banks and other lenders to loan money and grant mortgages in areas where they'd have never dreamed of making such loans, due to exceptional risks of default. Banks were denied charters for growth and geographical expansion if found by regulators to be out of compliance with these politically correct regulations.

GSE - Government Sponsored Enterprises (Fannie Mae and Freddie Mac) are government-created entities that receive taxpayer subsidies. They are further favored by politicians and regulators with the privilege of maintaining very thin capital reserves as buffers against losses that result from defaulting or delinquent mortgages.

MTM - The Sarbanes-Oxley regulatory regime, along with the Securities and Exchange Commission and Financial Accounting Standards Board, brought a wave of insane accounting rules. The most devastating is the so-called "market-to-market" requirement, which tells firms that their financial reports must carry assets as though they were forced to sell them immediately into distressed markets, rather than at book value. This is tantamount to a mandate that people send to newspapers a wedding photo of themselves on the day of their 24-hour flu. No wonder the market seized up! Regulators require that firms raise capital when their assets fall below book value, even if it is a paper value, rather than a real loss. Thus, when hundreds of large and small firms seek scarce capital all at once, the market can't keep up.

FED - As noted earlier, the Federal Reserve spurred the current difficulties by pursuing inflationary money policies that dropped bank-borrowing rates to one percent.

In order to avoid even greater government involvement and messes (think Medicare, Medicaid and Social Security), Washington must extricate itself from the market. That lesson is all too plain. Time now to heed it.

David Littmann is a senior economist with the Mackinac Center for Public Policy, a research and educational institute headquartered in Midland, Mich, and a former vice president and chief economist with Comerica Bank. Permission to reprint in whole or in part is hereby granted, provided that the author and the Center are properly cited.