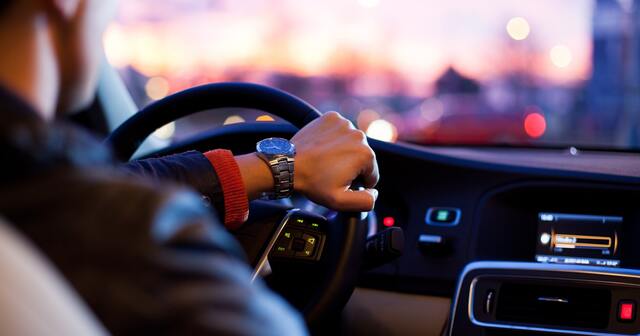 The Environmental Policy Initiative at the Mackinac Center recently joined a coalition of 52 free-market think tanks, small business representatives, and consumer groups in signing a letter supporting the Safer Affordable Fuel-Efficient (SAFE) Vehicles Rule. This rule, jointly issued by the Environmental Protection Agency and the National Highway Transportation Administration (an agency within the Department of Transportation), updates the current corporate average fuel economy (CAFE) standards that were put in place in 2012.

The revised rule meets two key requirements. First, it restores freedom for consumers to choose the automobile(s) they want, instead of forcing them to settle for a government-mandated vehicle that few, if any, want. Second, it gives auto manufacturers what they have long been asking for: consistent, affordable and attainable increases in efficiency requirements.

The original SAFE Rule was published March 31, 2020, and is available on the NHTSA website.

The full coalition letter is available on the American Energy Alliance website.

The new rule replaces the 2012 CAFE standard and extends the proposed requirements of the 2018 version of the SAFE rule. The new version requires automobile manufacturers to improve their fleetwide fuel efficiency by 1.5% per year, reaching a 40.4 miles-per-gallon standard for model year 2026. The 2012 CAFE standard had required 5% annual increases, which would have meant a 46.7 mpg standard.

Of course, critics are on the attack, calling the revision a “rule to damage public health" and claiming it is “one of the [Trump administration’s] most consequential regulatory rollbacks” that will "virtually [undo] the government's biggest effort to combat climate change.” One Sierra Club staffer even argued it would “recklessly [drive] us over a climate cliff.” In reality, the rule sets a reasonable floor, below which automobile manufacturers cannot go. Furthermore, the National Highway Traffic Safety Administration points out that all new vehicles will still be required to meet Clean Air Act standards. It also notes that climate modeling estimates that any difference in global temperatures as a result of the new rule would be “less than 1/1000th of a degree Celsius in 2040” — a pretty miniscule “cliff.” Furthermore, if car manufacturers are motivated to produce more clean and efficient options, the rule will not stand in their way.

John Bozella, who heads up the Alliance of Automotive Innovation, defended the rule as a much-needed update. He criticized the Obama administration’s 2012 rule, saying it is based on outdated assumptions about fuel prices and buyer preferences. EPA Administrator Andrew Wheeler also chimed in to defend the SAFE rule in a March 31 Tweet. He noted that the 2012 standard was “not attainable by the auto industry,” as proven by the fact that auto manufacturers are buying emissions credits to ensure they met regulatory requirements. As Wheeler’s tweet also noted, the new rule establishes a “realistic standard” that both reduces pollution and saves lives.

Too many reporters fail to mention one very important point: the Obama era CAFÉ standards were not attainable by the auto industry. The truth is, the SAFE rule sets realistic standards, will reduce pollution, and save lives!

The updated regulation can do this because it accounts for substantial changes in technology and automobile design since the 2012 rule was created. Simply put, today’s cars are far more efficient and cleaner than past models. Additionally, the new rule recognizes that gasoline prices have remained much lower over the past decade than the authors of the 2012 standards had expected. Lower gas prices have been partially responsible for the continued strong demand for larger vehicles — especially SUVs/crossovers and pickup trucks. In fact, the three top-selling light vehicles in the U.S. in 2019 were the Ford F-Series, the Dodge Ram 1500 and the Chevy Silverado: all pickup trucks.

At the same time, the 2012 CAFE standards have pushed the average vehicle price up by more than $3,800. If left in place, the 2012 rule would have added as much as $7,000 to the price of a car by 2025. But with the average price of new vehicles now near $39,000, consumers are struggling. High prices are forcing them to stay in more affordable, but older, less safe, and less-efficient vehicles, meaning the average age of American passenger vehicles has risen to nearly 12 years.

Consumers who choose to purchase new vehicles are relying on increasingly longer loans to help make monthly payments affordable — some loans even extend out to 8 years. But, buyers who accept those loan terms are saddled with significant interest costs and, with depreciation a factor, a car accident partway through the loan term could be a financial disaster. Someone who owes money on a car could still be making loan payments after it had been written off by insurance adjusters.

Fact sheets about the SAFE Rule, issued by the Department of Transportation, point out that when compared to the 2012 standard, the new rule could lead to 2.7 million new vehicles sold. Those newer, more efficient, and much safer vehicles would have the effect of reducing overall costs nationwide by $200 billion through model year 2029. For the average car buyer, that would mean a savings of $1,400 over the life of the vehicle, and a $1,000 reduction in the purchase price. Furthermore, the rule is expected to reduce annual traffic accident-related fatalities by 3,300, hospitalizations by 46,000, and total injuries by over 397,000. Damaged vehicles and crashes would also be reduced by over 1.8 million.

The SAFE rule balances official demands for consistent improvements in environmental performance and efficiency improvements with the needs of families and businesses, who want to be able to afford newer, safer, more fuel-efficient vehicles. Commonsense approaches like this will be especially important as the country looks for ways to jumpstart the economy after the market-rending impacts of the COVID-19 crisis.