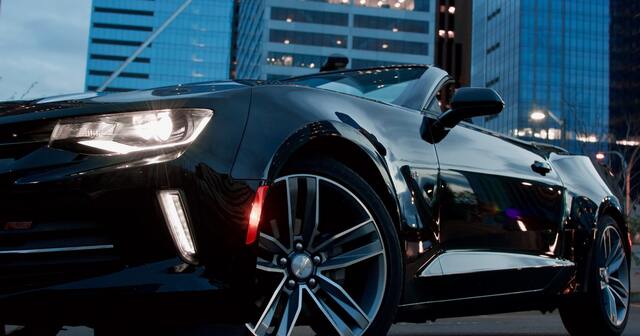 Editor’s Note: Jason Hayes, the director of environmental policy for the Mackinac Center, testified on Sept. 25, 2018 to a Department of Transportation/Environmental Protection Agency hearing on proposed updates (SAFE Vehicle Rule) to federal CAFE standards. Hayes gave an abridged version of this document as his three-minute testimony at the hearing.

In 2012, the EPA published new standards for light vehicles that mandate average fleet fuel efficiencies of 54.5 miles per gallon by 2025 — almost double the previous standard. The EPA and Department of Transportation argue that the standard would impose more than $500 billion in additional costs on the American economy through the lifetime of model year 2029 vehicles. The 2012 standard would also add $2,340 to the price of new cars and could lead to as many as 12,700 additional crash-related deaths as a result of lighter, smaller cars colliding with heavier SUVs and trucks. Critics dispute the total crash fatality numbers, but even leaving those aside, the limited environmental benefits gained by retaining the 2012 standard make it difficult to justify doing so, especially given its expected human and economic costs.

The Aug. 2, 2018, news release for the Safer Affordable Fuel-Efficient Vehicles Rule (SAFE Rule) stated a desire to “increase vehicle affordability leading to increased driving of newer, safer, more efficient, and cleaner vehicles.” This proposed 50-state rule recognizes a need to address greenhouse gas emission standards for light-duty vehicles while also balancing “safety, economics, technology, fuel conservation, and pollution reduction” by retaining the model year 2020 fuel efficiency standards of 37 mpg. All regulatory agencies should recognize the need to balance the social, environmental, and economic impacts of their actions. We all want to have a clean environment, but that desire, even if it reaches a utopian level, does not automatically entail the economic, technological, or social ability to achieve the goal.

The response the Auto Alliance and Global Automakers gave to the rule recognizes this reality, as they call for “continued improvements in fuel economy and flexibilities that incentivize advanced technologies while balancing priorities like affordability, safety, jobs, and the environment.” Automakers also stressed that federal and California regulators need to arrive at a commonsense solution to the challenges posed by the California waiver, which gives the state the authority to set more stringent tailpipe standards for its residents. Settling the waiver issue quickly would help avoid a prolonged legal battle and the market disruptions it would surely bring.

While media reports claim that automakers used “coded” language to distance themselves from the August 2 DOT/EPA proposal, the statement simply reiterates automakers’ opposition to the 2012 proposal. It also reiterates their opposition to the January 2017 “Final Determination,” which supported the 2012 standard, and was rushed into place just before President Donald Trump was inaugurated.

Using unflinching language in its February 2017 letter to the EPA, the Auto Alliance requested that the Trump EPA withdraw the January 2017 Final Determination. It also called for resuming the “Midterm Evaluation” — the process put in place to determine the state and development of current automotive technology as the EPA sets fuel efficiency standards. This resumption, the alliance stated, was essential “to remedy the severe procedural and substantive defects that have infected the process to date.” The Trump administration agreed, the Midterm Evaluation was resumed, and the revised Final Determination was completed and released in April.

The media’s idea that automakers were somehow caught off-guard by the Aug. 2 proposal is nonsensical. In fact, the rule reiterates automakers’ desire to improve efficiency while still balancing economic, technological, and social reality. When the EPA released the findings of the completed midterm review in April, National Automobile Dealers Association president & CEO Peter Welch said, “Auto dealers fully support continuous improvements in fuel economy.” But he added, “The key to the equation isn’t just the highest possible standard. It’s the highest standard we can achieve while keeping vehicles affordable.”

As I wrote in a May op-ed for The Hill, Welch noted that a primary concern for American car buyers was having affordable monthly payments. But with the 2012 CAFE standards tacking on more than $2,300 to the price of a new car, many buyers would hold off and remain in “older, less efficient, and less safe cars,” meaning the federal government would have effectively “neutered their goal of a cleaner automobile fleet.”

Critics claim that the Trump administration’s proposed rule will encourage vehicle emissions to grow, causing declines in health and growing climate impacts. But even a small step back allows one to see the real-life implications of the previous standard. I’ve already touched on higher prices for new vehicles causing delayed fleet turnover, which encourages older, less efficient, and less safe vehicles to stay on the road. Additionally, estimates from the EPA show the proposed standard would have “no noticeable impact” on net emissions of criteria air pollutants, and would result in only a 0.08 percent increase in atmospheric CO2 levels. That’s equal to a completely undetectable 0.003 degrees Celsius temperature increase — by the year 2100 — when compared with the Obama administration standard.

Those who desire a greener environment and more efficient and clean automobile fleets should move past their distrust of the Trump administration and automobile manufacturers. The reason is simple: At some point, the endless press for ever-stricter environmental regulation actually harms consumers and the environment. But reasonable regulations can balance environmental, social, and economic pressures.