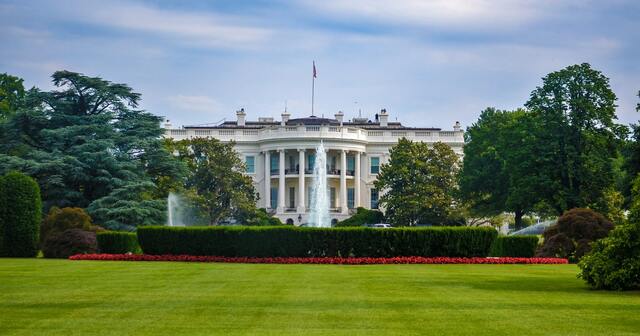 America can have both a clean environment and a strong economy

It was an honor to be invited to attend President Trump’s July 8 remarks at the White House on environmental progress. I was able to join a group of similarly focused policy experts who deal with energy and environmental issues all across the nation. President Trump’s comments focused on how we can develop both a clean environment and a strong economy, and he highlighted recent policy changes that are making that idea a reality. 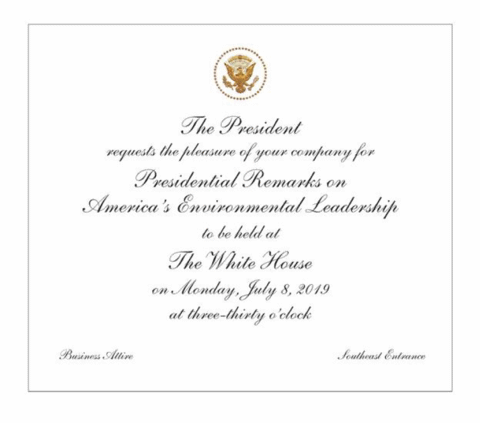 The president led off the remarks and then invited additional comments from members of the public and several members of his cabinet, including Secretary of Energy Rick Perry, EPA Administrator Andrew Wheeler, Secretary of the Interior David Bernhardt, and Chairman of the Council on Environmental Quality Mary Newmayr. Each speaker focused on at least one aspect of a central, three-part message:

In his opening, President Trump hammered home the fact that a “top priority” of his administration is “to ensure that America has among the very cleanest air and cleanest water on the planet.” He also distanced his administration from the previous administration’s tactics that had raised energy prices and electricity rates around the country, arguing that, “punishing Americans is never the right way to produce a better environment or a better economy.” 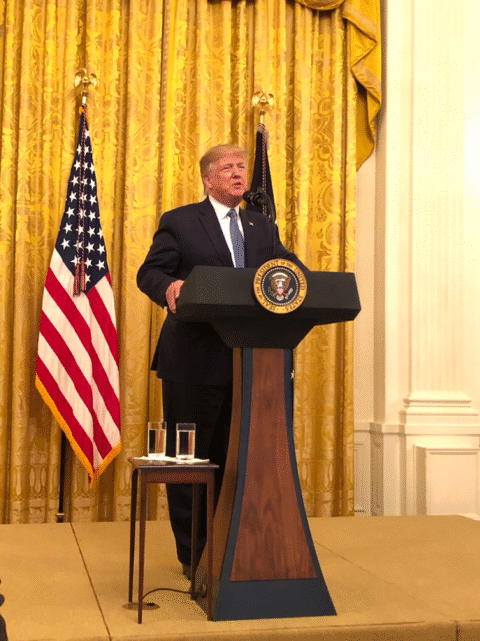 Instead, President Trump argued that his administration’s efforts to rightsize environmental regulation had not only improved economic outcomes for the country, but had also continued to improve the country’s clean air and water. He touted America’s standing as having the highest access to clean water across the planet. He pointed to our clean air, observing that Americans enjoy six times lower particulate emissions than the global average. He also noted that, despite having pulled out of the Paris Climate Accord in June 2017, the U.S. still had a larger absolute decline in CO2 emissions than any other nation since 2000.

The president then went on to critique Democrat plans for the Green New Deal, noting that the price tag — which has been estimated to be between $51 trillion to $93 trillion — was “unthinkable,” and would “kill millions of jobs” and “crush the dreams of the poorest Americans, and disproportionately harm minority communities.”

President Trump explained his administration’s attempts to refocus the EPA on its “core mission” of ensuring clean air and clean water across the nation and described the agency’s work to cleanup Superfund (CERCLA) sites. He related two specific examples from that work, one of particular interest to Michigan residents: the Allied Paper site in Kalamazoo, which has lingered on the National Priorities List since 1990.

The president also addressed the issue of public lands and forest management, focusing on the ongoing need to address the build-up of woody fuels and the threat of forest fire in the nation’s public lands.

After President Trump’s opening, two members of the public described how Trump administration efforts had improved the ability of small, outdoor, recreation-focused businesses to operate and compete and enhanced forest management practices in public lands.

EPA Administrator Wheeler picked up on the president’s themes, coming to the podium to explain how his agency was refocusing on protecting the nation’s air and water, at the same time as they provide much need regulatory relief. Wheeler pointed to the 275% increase in GDP from 1970 to 2018, at the same time as the nation had experienced a 74% decrease in the six most common “criteria air pollutants” over the same period.

Wheeler described the renewed EPA focus on the Superfund “National Priorities List,” lamenting the fact that previous administrations had allowed many polluted sites on this list to remain for a decade or more. He highlighted the seemingly obvious idea that sites listed as a Superfund “priority” should in fact be prioritized for clean-up. “In fiscal year 2018,” Wheeler explained, “we deleted the most sites from the National Priorities List in one year since 2005. This year, we are on track to delete even more, breaking that record.”

Wheeler further pointed out that his agency had prioritized $65 million in spending on 149 communities in the Brownfields program, with a special focus on 108 “Opportunity Zones, including in cities such as Detroit and Green Bay.” Wheeler described the administration’s work to improve water infrastructure and closed by noting that the USMCA was the first trade agreement to contain specific language requiring a reduction in marine litter.

Secretary of the Interior David Bernhardt then highlighted the administration’s commitment to “conservation stewardship since day one.” Bernhardt explained how the fundamental backbone of American wildlife management — the North American Wildlife Conservation Model — depends on strong state-federal partnerships, a focus that had lagged in previous administrations but had been reinstituted under the current one. Secretary Bernhardt also described the goal of improving public access to outdoor recreation and expanding hunting and fishing opportunities on public lands.

Secretary of Energy Rick Perry closed out the list of invited speakers by pointing to “the historic development of our nation’s resources and the technological breakthroughs that are just literally cascading across this country in ways to use energy more cleanly, more efficiently, than anyone ever thought possible before.” Perry described the research and use of technologies like carbon capture and sequestration, as well as innovations in nuclear technologies. He also commented on the importance of exporting American technologies around the planet and the influence of fracking technologies that have made the U.S. “the number-one producer of oil and gas in the world.” By exporting these cleaner technologies, Perry described how American natural gas is providing clean and affordable energy around the globe.

In his closing comments, President Trump directly addressed the claims of the many progressive green groups that pooh-poohed the idea of holding an event to celebrate American environmental progress. “When I ran for president, I pledged a strong, growing economy and a healthy environment because I believe that we can pursue both at the same time. We have only one America. We have only one planet. That’s why, every day of my presidency, we will fight for a cleaner environment and a better quality of life for every one of our great citizens.”

The president is right to celebrate the fact that America is leading the world in environmental quality and can continue to do so while maintaining a strong and vibrant economy.