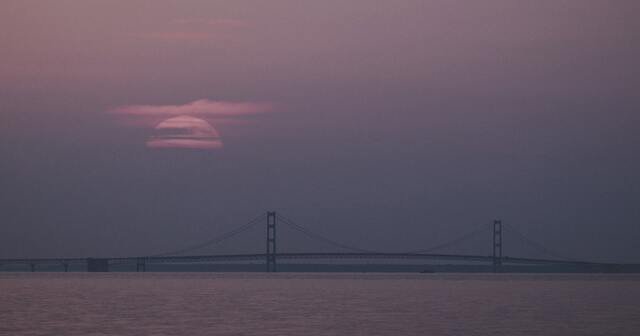 Line 5 is a Textbook Example of Environmental Versus Labor Concerns

The debate has reinforced the blue-green divide

Editor's Note: This piece was first published in the Lansing State Journal on November 6, 2019.

The Line 5 debate in Michigan has put increasing pressure on Gov. Gretchen Whitmer and Attorney General Dana Nessel to support both labor and environmentalists. Unfortunately, the two interest groups aren’t always easy to reconcile, and Whitmer and her administration appear to have chosen her green allies over the blue-collar workers in this state.

Nationally, environmental issues and policies like the Green New Deal have reinforced this schism in progressive ranks — often called the “Blue-Green Divide.” For example, some unions — like the SEIU — appear to have put politics over the needs of their members by endorsing the Green New Deal, despite the harm it might do to workers. The AFL-CIO and United Mine Workers, on the other hand, have criticized the proposed climate fix as a direct threat to union jobs. They and other unions have also decried a wholly new phenomenon in Democratic Party policy-making: Environmental groups have the power.

Building trades unions across the nation know they have been replaced within the party, and they are starting to respond. The State Building Trades and Construction Trades Council of California has even begun a so-called #BlueCollarRevolution, which demands that the Democratic Party return to its roots by recognizing the needs of working families as its top priority.

Closer to home, Michigan Rep. Brian Elder, D-Bay City, defended his decision to form a labor caucus to protect working families from the demands of green activists. Elder directly critiqued the shift of his party’s focus from workers to green groups.

The building trades union may be concerned, but the SEIU’s decision to put politics over the workers they claim to support isn’t that surprising. During the 2018 election cycle, its federal political action committee spent over $58 million. The union itself spent over $78 million on politics and lobbying.

In contrast to the SEIU, the Michigan-based Operating Engineers Local 324 is sticking by its members, who number over 14,000. In June, union leaders joined with the Michigan Chamber of Commerce in a joint letter to the governor. The two organizations urged her to allow the Line 5 tunnel project, which would relocate the pipeline from the waters of the Great Lakes to a cement-line tunnel 100 feet below the lake bed, to go forward.

In the letter, OE 324 and the business group also pointed out that the underground tunnel “will be the largest construction project in Michigan since…the Mackinac Bridge.” It would benefit Michiganders by creating good-paying jobs and providing a supply of fuel and energy that will help keep prices lower.

It’s clear that many elected officials are changing their priorities. Progressive politicians have increasingly left working families behind in favor of following a “Sierra Club scorecard.” The growing blue-green divide is forcing workers to question past relationships and forge new alliances.