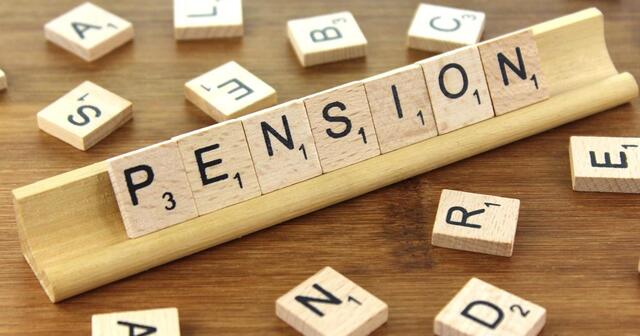 If a Recession is Coming, Pension Managers Need to Prepare

Pushing the problem to the future makes things worse

Editor's Note: This article first appeared in The Hill on August 29, 2019.

With economic growth in recent years, most states’ budgets have steadily grown. This has allowed them to increase the amount of money put into their pension systems and pay down debts that have developed. But an economic slowdown could stall all of this progress.

Recessions can cause politicians to cut back on pension funding, compounding future fiscal challenges. Policymakers should be preparing themselves and their constituents now. State and local governments need to ensure retirement promises are met and not push the problem on to future citizens and taxpayers, which drives up costs.

There are few political payoffs for maintaining a well-funded pension system and lots of incentives not to. After all, elected officials are dealing with issues today. There are roads to fix, parks to maintain, garbage to pick up and teachers to pay. The retirement of today’s workers is far off into the future — when most of today’s elected officials no longer will be in office. This reality entices politicians to spend today and skimp on investing in tomorrow.

This shortsighted approach can create massive challenges for the future. When the last recession hit, states, cities, counties and towns that had been underfunding pension payments were exposed as these costs started to crowd out other spending priorities. Many pension systems use overly optimistic assumptions about investment returns, payroll growth and how much these benefits will cost. Some governments just skipped their pension payments when times got tough, or put in less money than actuaries told them they would need.

We’ve seen it all in Michigan. The state only had a fully-funded school pension system for one of the past 45 years. For decades, lawmakers put in less than they should. After state revenues became growing again starting in 2011, it has attempted to clean up its mess by closing the teacher pension system to new entrants (who get a 401(k)-type plan instead), using more appropriate assumptions and even putting in extra payments.

That change is helpful. The chance of piling up more debt is limited and future taxpayers and pensioners should be grateful. But in the meantime, the cost of the system has skyrocketed. Though school funding in Michigan is at an all-time high in per-pupil terms, pension costs now consume more than 38 cents of every dollar spent on school payroll. This problem will plague taxpayers and school officials for a long time.

It’s a problem at the local level as well. A Mackinac Center for Public Policy analysis of Michigan’s largest municipalities finds that their unfunded liabilities have increased from $4.6 billion to $5.6 billion from 2016 to 2019. That’s a 22 percent increase during an economic expansion. This problem has contributed to the fiscal crisis in some of Michigan’s largest cities — Detroit, Flint and Saginaw, most prominently.

But it’s not just urban communities that have a problem. Wealthier municipalities across the state also have had to cut services to fund pensions, such as the cities of East Lansing, Norton Shores and Port Huron.

The story is the same in other states. Illinois now spends 36 percent of education dollars on pension payments. New York and California spend twice as much of their state budgets on retirement costs as they did a decade ago, mostly for paying down debt. School districts in Colorado have had employee walkouts to protest cuts brought on by the “millstone around their necks” that are pension payments.

If an economic recession is around the corner, policymakers, taxpayers and public employees should all prepare themselves. If cuts need to be made, don’t let them come from retirement programs. Pushing the problem off into the future might seem prudent, but it only makes the problem worse in the end.