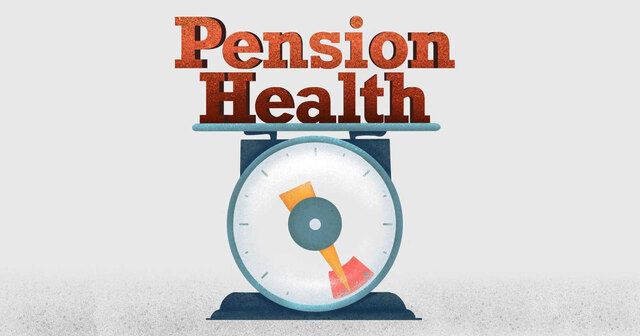 How Does Your City Weigh Out?

Pension health should be important to local governments and the taxpayers

If you want to live a long, healthy life, you shouldn’t wait until your 80s to take up jogging and add vegetables to your diet. Rather, you have to make decisions daily that put your long-term health above short-term pleasures, like that one extra slice of cake. Municipalities hold a similar responsibility when it comes to the health of their pension systems. If they defer paying for them too long, they can get out of control, and then it might be too late.

Local government debt to pensioners — the unseen threat to retirees and taxpayers alike — is growing. When the Mackinac Center for Public Policy analyzed Michigan’s 100 largest municipalities in 2016, we uncovered a staggering $4.6 billion which local governments owed their retirees. In 2019, our research shows that the obligation has grown: Michigan’s 100 largest municipalities now owe $5.57 billion in pension debt. The weight of this liability falls differently on various municipalities. Some are healthy, having no or very manageable unfunded liabilities, while others are in dire condition. The infographic below provides detailed information for each city.

Fiscal health in a pension system, much like a person’s physical health, is critical. Failing to properly fund a pension system puts at risk the fates of retirees. Delaying payments into the system increases the amount of money that will later be needed to cover these costs. Governments then find themselves having to spend more taxpayer money without providing more or better services.

Just as individuals must value their health to live well, municipalities must make pension funding a priority. They should reexamine the practices that led them into trouble and consider offering employees plans that prevent accidentally turning employees into creditors, like 401(k)-style retirement plans.

Some governments are catching up with their obligations, and others are falling behind. Consider Portage, which held $99,127 in liability in 2015, according to the Mackinac Center’s 2016 research. Just three years later, its debt more than doubled to $253,609. During the same period, Kalamazoo Township saw its pension debt expand from around $2 million to over $2.7 million. In all, pension liabilities increased in 64 of the 100 municipalities we analyzed.

Perhaps the most staggering increase comes from Michigan’s largest city, Detroit. Its pension liability increased by $150 million in just three years. Detroit’s experience is noteworthy because the city’s bankruptcy settlement in 2014 cut its retirees’ pensions by $1.3 billion, something meant to put the city back on a sustainable path. But the city’s pension liability stands at $1.76 billion, and it is still growing.

Though some cities have run into troubles with their pension systems, pension underfunding is a surmountable problem and some local governments in Michigan have avoided it. It’s a rarity however, as only five local governments have a fully funded pension system. Usually, if a government doesn’t have pension liabilities, that’s because it offers a 401(k)-style, defined contribution retirement plan. There are 15 governments that offer these plans, where employers pay for retirement contributions as they are earned, meaning they cannot be underfunded.

To have a fully funded pension plan, cities cannot merely make one change and expect instant results. The health of a pension system, just like the health of a person, requires careful maintenance. Though the path to achieving a fully funded system isn’t easy, it is crucial. Municipalities need to change the way they address their pension debts. Local leaders must recognize that when they fully fund their pension system, they invest in its long-term health and protect the promises they made to their retirees.