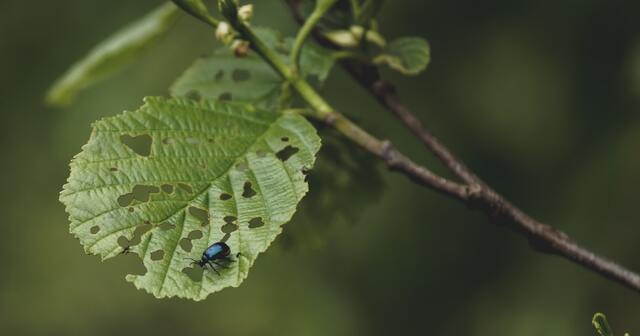 In 2015, legislators voted to increase the state’s homestead property tax credit, which would give some homeowners around $206 million of their tax dollars back. A couple years later, Michigan lawmakers voted against lowering the state income tax rate, which would have amounted to taxpayers keeping $463 million and would have lowered the state budget by the same amount. While their different budgetary effects may have made the homestead property tax bill easier to pass, it may also be that broad tax cuts are just less popular than tax redistribution.

Or it may be, instead, that people care more about who directly benefits from tax reform than whether the state has an efficient tax system that does as little harm to the economy as possible. In this case, homeowners as a group may have had higher status than workers.

A tax system that spreads the burden equitably and with the least harm will feature low rates across the board with few exceptions or exemptions. This would result in a tax code with a broad base and low rates. But it requires lawmakers to reject special interest pleas for credits, exemptions and deductions that are designed to serve other purposes than to raise revenue to run the government.

This is apparently hard to resist for lawmakers who are under constant pressure to use the tax code for purposes that include giving subsidies and exemptions to certain companies and developers, delivering welfare benefits to low income workers or to serve other social purposes. Yet, policymakers should reject these proposals because tax policy should be about providing the government with revenue and the use of credits, exemptions and deductions divert tax policy from the task. If it is popular to provide these social benefits or other subsidies, the state government can provide them on the spending side of its ledger rather than the taxing side.

There are some inherent problems with using tax policy to accomplish other goals. It means that tax revenue gets determined less by the health of the economy and more by other factors. How much income people in Michigan earn matters to income taxes, but how many children are born also matters, because it increases how many earned income tax credits and personal exemptions need to be accounted for. Divergences such as these make tax revenue less predictable and stable.

Offering relief from certain taxes also means that the state puts its thumb on the scale of a lot of economic activity with its tax policy — and some of this is intentional. The state encourages property ownership in Renaissance Zones, for instance, by exempting homeowners in those areas from property taxes.

And the divergences also mean that the state collects less tax revenue than it otherwise would at its rate of taxation. Tax rates matter and are one of the ways states “compete” to attract investment. That the state wants 6% of each purchase matters more to people’s decisions about working and investing here than whether the state exempts certain purchases from the sales tax, say, for people who sell their vehicles to auto dealers during the process of buying a new car.

Yet, divergences tend to be more popular recently than broad tax reductions. Or, they are at least easier to pass through the state’s political system.

Divergences often have important interest groups behind them, like the auto dealers in the case of the vehicle trade-in tax break. While the benefits are concentrated among car sellers and car buyers, the costs of making this divergence is distributed among all taxpayers and across the budget. When it provides relatively small effects, the costs wind up being a blip on the annual increases in revenue that get budgeted each year.

Recipients of tax revenue, one might think, would be opposed to so many divergences in the tax code. But they seem to care more about general tax rates than divergences, making tax cuts an enemy but divergences barely a person of interest. For instance, airport managers care a lot that airplane parts are exempt from sales taxes, while public university presidents — who benefit from those sales tax collections — care little about that single exemption. Yet those same university leaders publicly opposed a general reduction in the income tax rate.

Voters seem to favor tax divergences at times as well. People often prefer policies that result in a bigger tax refund over policies that would slightly reduce everyone’s tax liability. So, even if the state could afford to take less in taxes from people, broad tax cuts give way to piece-meal tax divergences. The end result is that the state misses out on greater long term growth that would come from a lower general tax rate.

Instead of giving targeted exceptions, states should aim to lower rates across the board. Such broad changes would give tax relief to everyone — interest groups included — while still retaining a stable source of revenue through a broad base.