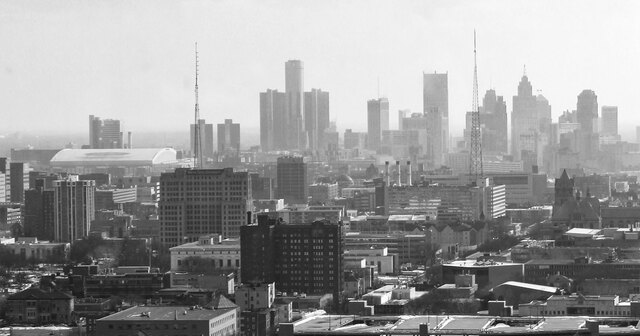 How Policymakers Should React to Bad Big Business Headlines

Some generals strategize to win the last war rather than the next one. Some politicos fight over the last election rather than try to win the next. Both efforts are ill-advised, as circumstances change, and it’s better to prepare for an uncertain future rather than challenge the nonrepeatable past. Lawmakers fall into the same trap when they think about big business projects: They’re always trying to win a project that was already announced someplace else, whether it’s Amazon HQ2 or Foxconn or even the latest Ford electric vehicle plants.

Changing state policy to try to do better next time doesn’t make sense when there is no next time. Companies made their decisions in a unique situation, and they’re not revisiting the matter.

There is a shred of insight in the desire to react to a recent event: After a loss it can be good to see what went wrong so one can do better in the future. But this ought to happen in state policy only if lawmakers can be certain that what they’re going to improve matters for future economic growth.

And lawmakers do get confused about the things that matter: They too often think that big projects drive economic growth, that announcements about new manufacturing plants are signs that some states are winning the battle for tomorrow’s economy. This is a mistake. Besides being rare and nonrepeatable, these projects drive very little of a state’s job creation. If the recently announced Ford plant meet their expectations — and big projects rarely do — they would account for just 1.1% of the job creation that happens in Kentucky and Tennessee in a given year. It’s better to spend more time thinking about the other 98.9% of jobs rather than responding to big business news.

Nor would the new plants do much about the loss of 890,000 jobs in those two states in any given year. (Some jobs are created and some disappear each year, and the difference is the number that shows up in job reports.) Big business may make headlines, but that’s different from what brings opportunity and prosperity.

If lawmakers are going to figure out what works, they ought to look at the states that are growing the most rather than the ones making headlines for landing a few high-profile projects. Utah and Idaho have added the most jobs over the past decade, and they’re the first states to fully recover all the jobs they lost in the pandemic. They won none of these big business projects, yet they won the competition for jobs.

This is not to say that Michigan’s lawmakers ought to copy one or two states. Instead, they should let actual success inform their policies, rather than illusory success. That means studying the data about economic prosperity and learning the policy lessons that have been discovered. Economists have a lot to say, and one of the key lessons is that the programs lawmakers use to lure in big companies don’t work. Policymakers should look instead to broad-based improvements in the business climate and improvements in the state’s quality of life. It’s less direct, but it’s actually effective.

Yet the temptation to pursue headline-making announcements often proves too great. Michigan changed its policies in response to losing big projects in the past. In the 1990s, lawmakers added a large discretionary business subsidy program in response to losing an auto plant to Texas, even though company officials said the decisions was made about business fundamentals rather than business subsidies. That program, the Michigan Economic Growth Authority, has been a failure, costing taxpayers hundreds of millions even today, without driving job creation in Michigan.

If lawmakers want to pick something up from the latest Ford news, they ought to listen to claims that many companies repeat. Ford is not the only manufacturer to complain about electricity prices in Michigan. Utility companies have been approved by state regulators to shut down the power plants that have already been built and paid for and replace them with new and yet-to-be-paid-for wind turbines and solar facilities. Because those sources are weather-dependent, the utilities have to build much more capacity than they will replace. This increases the price of energy, decreases its reliability, and lawmakers ought to reconsider the benefits that they get from this development. It’s something that affects a lot more people and companies than just Ford.

This is what lawmakers should be concerned about. They ought to be focused on what matters rather than overreact to big business headlines. There is a lot that policy can do to improve economic outcomes, and they ought to look beyond one company that made a decision about a particular project that won’t be replicated.