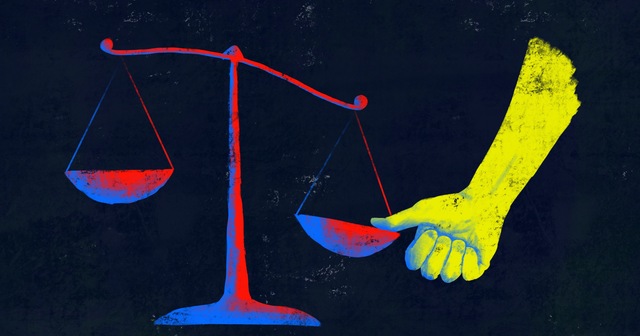 It Was 25 Years Ago Today - Michigan's Big Corporate Welfare Experiment

Today marks the 25th anniversary of the Michigan Economic Growth Authority, better known by its acronym, MEGA. The MEGA is a selective business subsidy program that started small and grew into a monster corporate handout program. Gov. Rick Snyder wisely decided to stop handing out new deals from this program during his first year in office, but taxpayers are still on the hook for billions in subsidies and with little to show for it.

It’s worth a review of MEGA for no other reason than a sage warning against maintaining, resurrecting or creating new subsidy programs. History, experience and a mountain of scholarship shows that such programs are ineffective at creating net new jobs and often just amount to a windfall for corporate interests. The programs are also costly.

I was a mailroom employee of Gov. John Engler when his administration birthed MEGA. I remember distinctly the feeling of being disappointed in the program because it was an about face for the governor. He had previously opposed such programs.

During this episode the Mackinac Center for Public Policy published its first of three formal analyses of the MEGA program, which helped lead to the legislative defeat of the initial proposal. The administration later made a second attempt and MEGA was born. Two days after the legislation was passed by the legislature the Authority announced its first deals, one of which promptly demonstrated at least one reason why the program would later fail: state officials don’t know what they don’t know.

Waldenbooks was offered a tax credit deal worth $7.7 million 25 years ago this coming Monday. To qualify the company had to state in writing that it was the MEGA incentive that made the difference in the firm’s decision to relocate to Michigan.

But news reporters quickly learned and published the fact that executives for the company had put down deposits on homes in the Ann Arbor area before MEGA had even been passed into law. They were apparently coming here anyway and just went looking for a taxpayer-funded windfall. Waldenbooks went bankrupt, released their subsidized employees and closed their Ann Arbor location in the last year of eligibility for their MEGA incentive.

The state’s corporate handout complex made other blunders in trying to pick winners from losers in the marketplace. In December, 1999 — at the height of the dot.com boom — Webvan Group, Inc., was offered a MEGA tax credit deal of $23.4 million to locate a warehouse in the Motor City. The then head of the Michigan Economic Development Corporation proudly said Webvan was “… one of the best-financed retailers on the market for the next wave of e-retailing.” The company stock never closed higher and it filed for bankruptcy in 2001. Fortunately, it never collected on its MEGA incentives.

The all-time classic blunder by the MEGA, however, involved a $9.1 million incentive award to a convicted felon out on parole for a financial crime. By the terms of his prison release he was not even allowed to possess a credit card. Yet he not only scored a MEGA deal but also even appeared with then Gov. Granholm at a press conference to announce it.

If state officials can’t know something as simple as whether their incentive recipient is a felon and is in the state’s offender corrections database, why should anyone expect them to know how to pick corporate winners from losers with taxpayer dollars?

These examples are instructive, but criticism of the MEGA program has gone much further. Two Mackinac Center studies (2005 and 2009) found a zero to negative impact on MEGA-related employment. Of the three MEGA-specific studies not performed by the Mackinac Center, produced similar findings. The last was more positive. A December 2018 academic study praised Gov. Snyder for reining in state incentives and described the MEGA program as a “debacle.”

All the dollars dedicated to the MEGA program came with a direct opportunity cost, or the next best opportunity foregone. What might we have done with the billions wasted by the program:? Invest them in better roads? Cut the personal income tax rate? Spend it fighting the effects of today’s COVID-19 pandemic?

Thankfully the program is mostly part of Michigan’s history now and not its future. Taxpayers and lawmakers should be wary of those state subsidy programs that still exist, still waste taxpayer dollars and still pile up lost opportunities.