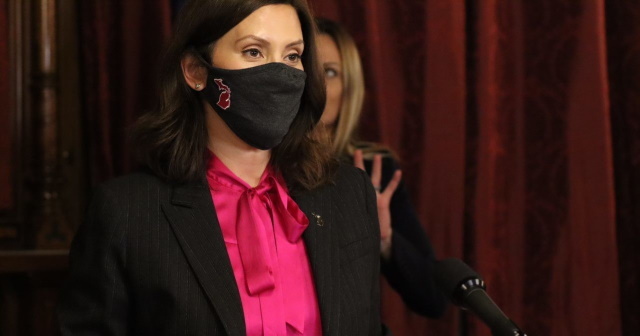 Do the COVID metrics matter anymore?

Gov. Gretchen Whitmer recently encouraged school districts to reopen their doors to in-person learning by March 1. This is another abrupt turn in the governor’s pandemic policies. The state’s current data on COVID-19 do not appear to support such a move, especially in context of the governor’s previous actions. Which raises a question: Do the state’s COVID metrics even matter anymore?

Gov. Whitmer provided a three-and-a-half page “rationale” for reopening schools. But most of the reasons it offers have been obvious for a long time. It says, “schools are essential,” “students have struggled with remote learning” and “parents need schools open in order to support their families and contribute to our economy.”

The document does cite a couple of recent academic studies that suggest in-person schooling in some places was not associated with increased COVID-19 hospitalizations or a significant contributor to community spread of the disease. This is valuable research, but similar findings have been known for months. The World Health Organization, for instance, released a document in mid-October that pointed to studies showing that “closing schools reduced community transmission less than other social distancing interventions.”

Yet, just two months ago, closing schools remained a key element of the governor’s strategy to control the spread of the coronavirus. She forced all high schools to close on Nov. 18 by a pandemic order issued by the state health department. At a press conference, the governor declared that high schools were “inherently more risky in terms of COVID spread than our younger grades.”

High schools were targeted along with movie theaters, casinos, stadiums, bowling alleys, bars and restaurants — places state officials think are large contributors to COVID spread. High schools were later allowed to reopen under an order issued Dec. 18. They moved quickly from being near the top of the list of chief COVID-19 spreaders to serving as “safe learning environments and safe workplaces,” as Gov. Whitmer’s “rationale” document now calls all schools.

Encouraging schools to reopen for in-person learning also seems in opposition to the state’s “official risk levels,” provided by the MI Safe Start Map. The stated purpose of the map is “to assist public health officials in making state, regional, and county-level decisions related to COVID-19.” Among those decisions is whether to allow in-person schooling.

The map’s risk levels are associated with Gov. Whitmer’s MI Safe Start Plan, which outlined how to “re-engage while continuing to keep our communities safe.” According to that plan, released May 7, schools were to remain closed to in-person instruction when their region was in the fourth-highest risk level or higher of the MI Safe Start Map.

Later, on June 30, the governor released different requirements for schools. These specified that schools must be closed for in-person instruction when in the third-highest risk level or higher. At present, all but five counties are in the highest regional risk level. The governor appears to be going against her own established risk ratings and levels.

In early July, the governor was “very unsure” if Michigan’s COVID-19 case numbers were low enough to allow schools to reopen in the fall. She said on July 9, “On the trajectory we’re on … [reopening schools is] very much in question.” Positive COVID tests had risen from about 30 per million in mid-June to about 75 per million by mid-July, according to the MI Safe Start Map. On July 28, the governor warned again: “If the numbers continue to go up, then we may not be able to resume in-person instruction.”

The daily positive COVID tests figures remained that high until mid-September, when they began to increase significantly. On Jan. 8, the day she encouraged schools to reopen, the number of positive tests per million was about three times higher than it was six months ago, when the governor was unsure if schools could safely reopen. So, risk levels and daily positive tests no longer seem to matter when it comes to some of the governor’s decisions.

Gov. Whitmer’s latest policy reversal is not simply a result of having learned more about the virus since the pandemic began last spring. We have learned more, it’s true. But it’s also been clear for a long time that children are significantly less susceptible to the virus than adults, and that schools can effectively use socially distancing within their walls to limit spread. We’ve also known that full-time remote learning is significantly setting back countless children, that school environments are important for children’s social and emotional development, and that parents, especially low-income, working parents, rely on schools as they juggle the demands of their daily lives. The real question is why it took Gov. Whitmer so long to learn these lessons.