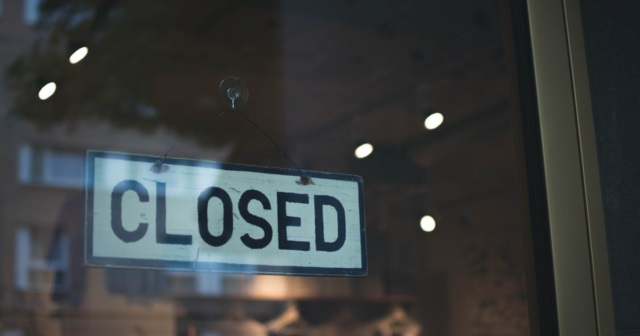 Flying By The Seat of Our Pants

COVID response suggest there’s no point to planning for pandemics

The following seems to perfectly describe the state of COVID-19 in Michigan: “The number of daily new cases increases by a constant rate every day, which leads to an increasingly accelerating case curve. If a community remains in this phase for an extended period of time, healthcare facilities could quickly be overwhelmed.”

That’s how Gov. Gretchen Whitmer’s MI Safe Start Plan (published May 7) defines the “uncontrolled growth” phase of the coronavirus. When in this phase, the governor’s plan called for a statewide lockdown — closing schools, prohibiting all gatherings and only permitting work “necessary to protect and sustain life.” But Robert Gordon, the public official currently wielding unilateral control over the state’s COVID response, is deviating from these plans, and it’s not clear why.

But ignoring previously developed pandemic response plans and flying by the seat of your pants may be the state’s standard operating procedure. Michigan law requires state bureaucrats to create plans for dealing with emergencies like pandemics, and Gov. Whitmer mostly ignored these when she was calling the shots. For instance, no plan called for using a 75-year-old law meant to deal with urban riots to handle a pandemic, which was the governor’s chosen path until the state Supreme Court ruled it unconstitutional.

The governor deviated in various ways from plans her own administration created, such as the region-based reopening strategies in the MI Safe Start plan. She allowed restaurants and schools in Phase 4 regions to reopen for in-person service, for example, even though the plan says they’re only safe to reopen in Phase 5.

It’s possible that what appears as inconsistencies and a disregard for official plans is really just “science in action.” Maybe officials are following the latest scientific evidence about the coronavirus so closely that it requires them to constantly adjust and tweak their approach. Perhaps the scientific evidence has changed in significant ways that compel officials to abandon their prepared plans.

This is highly unlikely, however. First of all, despite the attention and resources dedicated to studying this novel coronavirus, science still moves slowly. It is improbable that a new scientific consensus could develop so quickly that it would justify reworking plans for when schools and restaurants should be reopened.

Granted, an ever-changing and flexible approach that relies on the latest scientific information is a type of strategy in and of itself. But it is not the one the state has recommended in any of its published plans. In other words, even if there is a good reason for government to respond in ways that appear inconsistent and confusing, current and past officials did not advise this approach when they drew up plans for handling pandemics.

The state’s actions this year raise the question of why the planning was done in the first place. Why spend what might amount to hundreds of hours of bureaucrats’ time and millions of dollars of taxpayers’ money to develop a strategy if the real plan is to just throw it out the window? Why publish a detailed reopening plan in early May if the strategy was to be fluid and not bound by previous plans?

State officials have not provided any answers that shed light on these questions. Last week, Health Department Director Robert Gordon was asked why the state is not using another stay-at-home order, even though there are now as many positive cases as there were in the spring. The reporter could have reasonably added: “Especially considering that Gov. Whitmer’s previous plans explicitly recommend a stay-at-home order when case levels are this high.”

Gordon’s response was nonsensical. He argued that masks drive case levels down, and although case levels are high, we do not need a stay-at-home order due to the “power of masks.” There is simply no way to square that circle of scientific reasoning.

So, what could explain this unexpected approach taken by public officials, and what is actually guiding their decisions? Perhaps stay-at-home orders are no longer being considered because of the potential political ramifications. This cannot be proven, of course, but that theory makes more sense than the confusing answers public officials have given so far.

The fact that public officials routinely deviate from official state plans, coupled with the lack of transparency about the data and considerations that determine current policy choices, leaves Michiganders in the dark about decisions that impact us all. We cannot expect public officials to get every decision right the first time, but they should at least stick to a plan or explain why deviating from such plans is prudent and necessary.