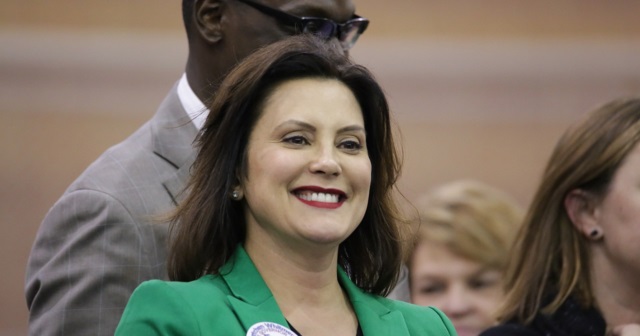 Strategies developed by state experts do not include governor’s actions

Gov. Gretchen Whitmer used unprecedented executive power to command the state’s response to COVID-19. Before the Michigan Supreme Court clipped her wings, the governor argued her approach was necessary because this global coronavirus pandemic is also unprecedented.

Michigan experienced pandemics in 1957 and 1968. A similar pandemic today could kill between 5,000 and 15,000 Michiganders, according to the Michigan Department of Health and Human Services. But back then, neither Gov. Soapy Williams nor Gov. George Romney issued emergency executive orders to deal with them.

Pandemics are not unknown in state law, which grants specific powers to public health officials to control them. Michigan law says the director of the MDHHS has statewide jurisdiction and may issue emergency orders to control a pandemic. The director has broad powers, including the ability to “prohibit the gathering of people for any purpose.” Local health officials have the same authority to control pandemics within their jurisdictions.

Michigan law also mandates the state to maintain plans for responding to emergencies, such as pandemics. The Emergency Management Act of 1976 creates an emergency management division within the Michigan State Police and requires it to develop an active, comprehensive plan “that encompasses mitigation, preparedness, response, and recovery for this state.”

The plan is indeed comprehensive, spanning more than 300 pages. It includes a description of procedures for responding to public health emergencies such as epidemics. It notes that these emergencies affect a large portion of the population and may be statewide in scope. Yet, it does not discuss any need for a governor to issue emergency executive orders.

Instead, the plan provides that the state health department “serve as lead state agency,” noting that it has “been very successful in preventing, or limiting the scope and magnitude of [epidemics].” It notes that the department’s core functions include the “surveillance, rapid identification, risk communication, and coordination of rapid response to outbreaks of communicable diseases (especially epidemics).”

The plan reflects state law, noting that the state health director and local public health officers are empowered “to take those steps determined necessary and prudent to prevent epidemics and the spread of hazardous communicable diseases.” These steps include issuing orders that can be enforced as law and punished with civil or criminal penalties.

Gov. Whitmer’s response to COVID-19 deviated from the state’s official, prepared strategy for pandemics. The comprehensive plans for emergencies make no mention of the need for a governor to control the state’s response to a pandemic with executive orders, as she did until the Michigan Supreme Court ruled that action illegal and unconstitutional.

There is similarly no mention of the governor’s tactic in an older, but more detailed report published in 2008 by the state health department and called the “Michigan Pandemic Influenza Community Health Plan.” It comprises nearly 200 pages, focusing specifically on how to handle flu pandemics.

It aims to prepare for the worst, estimating that a severe influenza pandemic could result in up to 126,000 deaths in Michigan. Its scope is impressive, covering “command and management, crisis communication, surveillance, laboratory guidelines, community containment, infection control in health care facilities, vaccines and antivirals/medical management, data management border/travel issues, and recovery.”

Despite covering all this material, the report does not consider the possibility that a governor would attempt to control a pandemic by invoking emergency powers and issuing executive orders. It does refer to a governor declaring a state of emergency, but assumes this would be done under the EMA of 1976, not the 1945 law meant for riots that Gov. Whitmer used and the state’s high court just ruled unconstitutional. The report even foresaw the potential need for quarantines, social distancing and masks, but it only considers these orders being issued by state or local health officials, not a governor.

It is not clear why Gov. Whitmer ignored these plans and the state laws that grant public health officials the specific authority to deal with pandemics. Perhaps these plans proved wanting, and the governor was forced to forge her own path. But if that’s true, it raises the question of why the state goes to such great effort to plan for public health emergencies if its response hinges entirely on who happens to be governor when they strike.